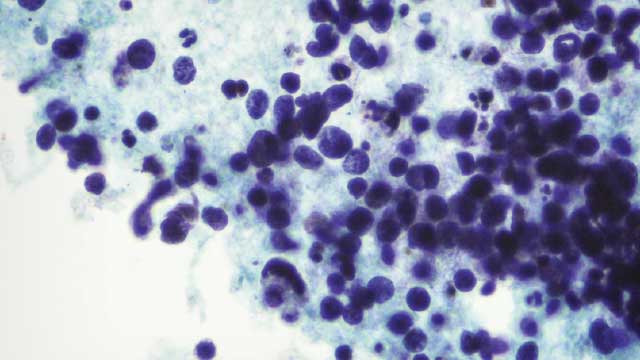 BAD ACTOR
Genes in the RAS family regulate cell growth and differentiation, and mutations can render them oncogenic. One such proto-oncogene, KRAS, frequently turns up in human cancers, including lung cancer, and is associated with resistance to chemotherapies including MEK inhibitors.

PAIRING UP
Some proteins encoded by RAS genes appear to function as dimers—linked pairs of identical molecules. Pasi Jänne, a medical oncologist at Dana-Farber Cancer Institute, used a fluorescence resonance energy transfer (FRET) assay to find that the KRAS protein does, too. They then fashioned a mutant KRAS that was dimerization-deficient.

Marie Evangelista, an oncology researcher at Genentech, notes that the strategy comes with its own hurdles. “It’s unclear whether there are going to be any small molecules that can target that interface” between KRAS monomers, she says. “We’re going to need to have a better understanding of how that interface is formed to find out if there are any opportunities to really go after it.”