A few years ago, while using DNA sequencing to study the lung microbiomes of people who had received lung transplants, researchers at the University of Pennsylvania stumbled across some unexpected sequences. “We saw a little bit of alignment from some of our reads to a pig virus that hadn’t been studied very much,” says microbiologist Frederic Bushman of the university’s Perelman School of Medicine.

The scientists assembled the sequences and discovered two completely novel, circular viral genomes unlike anything they’d seen before in humans. Suspecting there might be more of these viruses out there, the team searched metagenomic databases of other lung and mouth samples and identified 17 genomes that closely resembled the first two. The researchers dubbed this new family redondoviruses (“redondo” means “round” in Spanish). “Any time we find a new family of viruses, it’s always exciting, because it fills holes in our understanding of viral taxonomy,” says Columbia University virologist Ian Lipkin, who was not involved in the work.

Redondoviruses were particularly abundant in samples from people with periodontal disease and from critically ill patients in intensive care. However, disease links remain unclear, says Lipkin. “I’d like to know what cells [these viruses are] growing in, and I’d like to see whether or not there’s an antibody response indicative of infection.” The UPenn team is working to answer these questions, first by trying to grow redondoviruses in culture, says Bushman.

This approach is as important as the discovery of the new virus family, notes virologist David Wang of Washington University in St Louis, who was not involved in the work. “Expanding the [viral] catalog is useful,” he says. “But the catalog is already huge. What we really need is to find associations, set up culture systems, and set up animal models so these viruses can actually be characterized.” 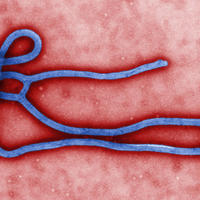