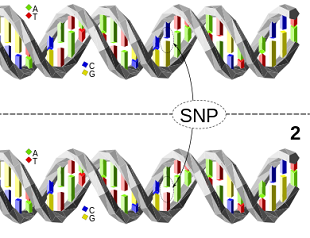 WIKIMEDIA, DAVID ECCLESA CBS poll in 2007 suggested that just over half of US citizens felt “at their best” in the hours before midday. But whether you’re more of a night owl or a morning lark, a recent analysis of nearly 90,000 genomes from the personal genomics company 23andMe suggests that your preferred schedule is at least partially determined by your DNA. The study was published earlier this week (February 2) in Nature Communications.

“We identify 15 significantly associated loci, including seven near established circadian genes,” the authors wrote in their paper.

Beyond finding specific loci associated with early risers, the researchers found evidence to link a preference for early mornings—which tended to be more commonly reported in women—to a reduced predisposition to insomnia and sleep apnea,...

Of course, using self-reported preferences for mornings does not guarantee an accurate classification of participants’ “morningness,” Barbara Stranger of the University of Chicago, who was not involved in the study, told Wired. Some people who would be biologically considered evening people might have classified themselves as morning people and vice versa, she said.

Nonetheless, Daniel MacArthur of Massachusetts General Hospital told Wired, “the genetic regions they discover here give us a window into the biology of sleep.”