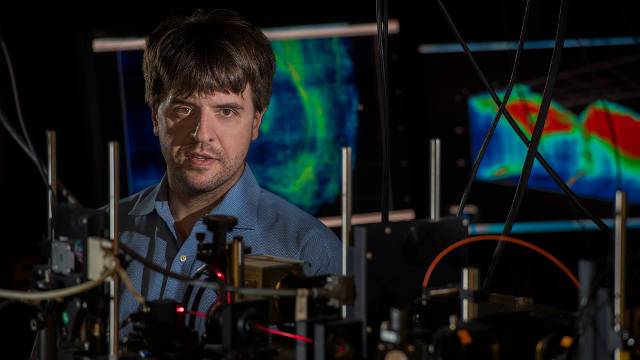 STEVE FISCH/STANFORD SCHOOL OF MEDICINEThe 2017 Fresenius Research Prize—the most valuable award for scientific achievement—goes to Karl Deisseroth, a Stanford University professor and Howard Hughes Medical Institute investigator who helped develop the pioneering techniques of optogenetics and CLARITY tissue clearing. Deisseroth is also known for his research on the underlying neural circuitry of depression.

The award honors an individual scientist every four years by the Else Kroner-Fresenius Foundation in Germany. It comes with a cash value of €4 million ($4.47 million), and 2017 is the second time it’s been handed out. Of the total, €3.5 million will be earmarked for Deisseroth’s lab, while the remaining €500,000 are for his personal use.

While Deisseroth is in Berlin to accept the award and present a talk on his research, he emailed with The Scientist about his career and this latest achievement.

The Scientist: You’re known for so many scientific advances—optogenetics,...

Karl Deisseroth: Well, as a psychiatrist it’s humbling to realize how far we have to go still. It’s one thing to receive this recognition for developing optogenetics and for developing hydrogel-tissue chemistry, certainly neither of which was an overnight success—each required 5-6 years of development—and quite another thing to contemplate circuit mechanisms of psychiatric diseases like depression—which will take a very much longer time to fully understand. So I would say I am gratified that we’ve come as far as we have in our work, but most proud to have helped so many other scientists do their own experiments.

TS: When did you first learn that you’d won the second-ever Fresenius Research Prize?

KD: I was just cleaning the garage and taking care of my little kids when I got the phone call. I had a cell phone reception problem but I could see the call was coming from Europe, and then there was some amusing back and forth as we tried several times to connect and talk after the first call came in. We finally got a good connection and it was very exciting; the kids thought dad was acting a little strange.

TS: Briefly, what will you be covering in your talk this week?

KD: I’ll talk about some of our very latest work, including a paper that just came out in Neuron [in] which we describe a new activity-imaging method—and its use to reveal global brain-wide dynamics that occur when a mammal takes a goal-directed action, but not in more passive states. It’s these kind of goal-directed states, in which an organism assumes effective agency over itself and its environment, that are not only of natural scientific interest but also become dysfunctional in psychiatric disease states like depression.

Read a selection of our coverage of Deisseroth’s work: