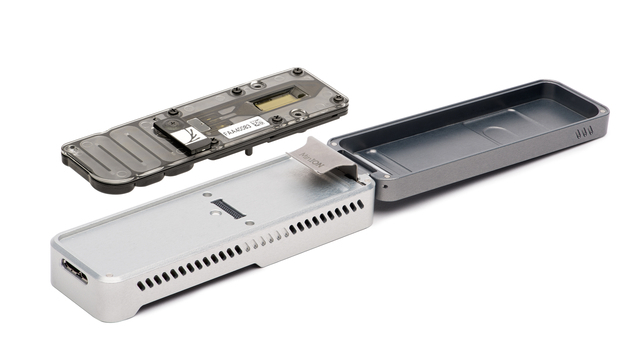 Researchers have assembled the entire human genome using a nanopore sequencer, according to a study published today (January 29) in Nature Biotechnology. Using a pocket-size device, dubbed MinION, the team was able to fill 12 gaps in the sequenced human genome by achieving reads of DNA sequences nearly one million bases in length—the longest to date.

“We've gone from a situation where you can only do genome sequencing for a huge amount of money in well-equipped labs to one where we can have genome sequencing literally in your pocket just like a mobile phone,” study coauthor Nicholas Loman, a bioinformatician from the University of Birmingham, tells the BBC. “That gives us a really exciting opportunity to start having genome sequencing as a routine tool, perhaps something people can do in their own home.”

The study involved 26 investigations in five...

“The main innovation here, in my opinion, is the ultra-long reads,” Mick Watson, a computational biologist at the University of Edinburgh who was not involved in the study, tells STAT News. “Those guys report reads more than 1 million bases in length, which is amazing and something that really separates Oxford’s technology from anyone else’s.”