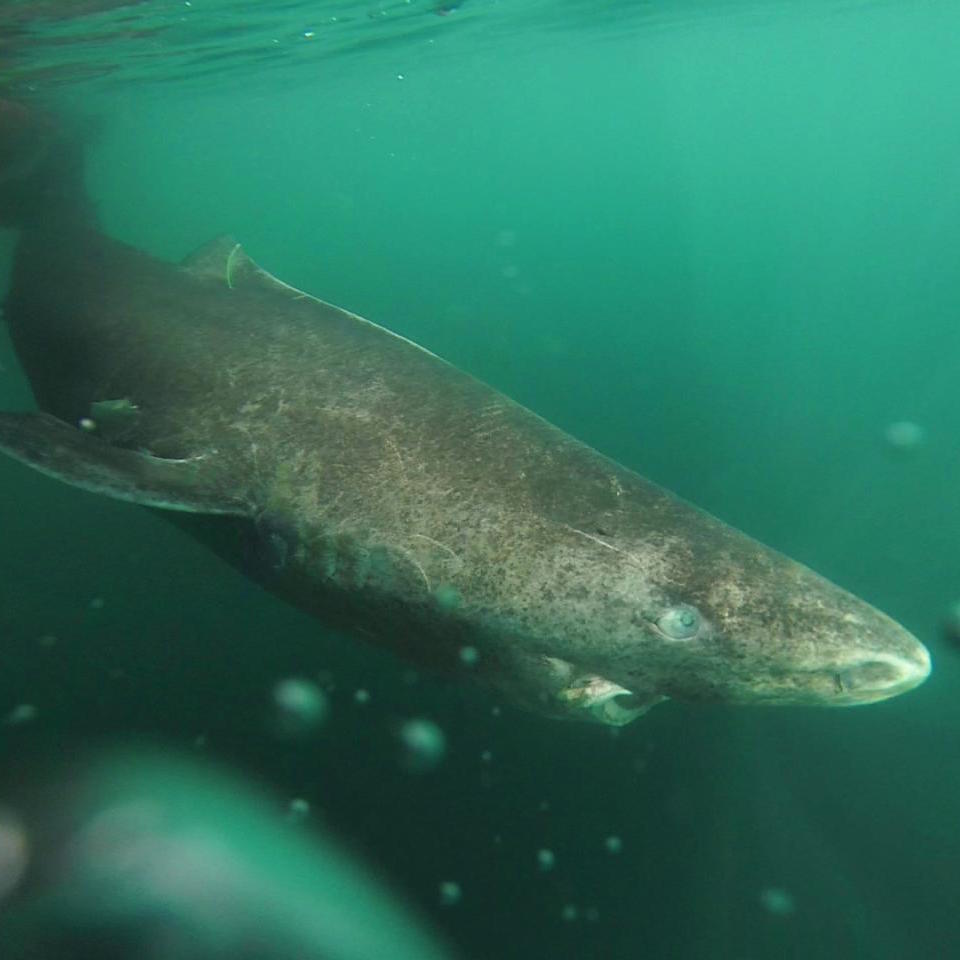 JULIUS NIELSENGreenland sharks roam the cold, dark waters off the of the coasts of northeastern North America, Greenland, and northern Europe. There, they have an unusual talent for staying alive, according to a study published this week (August 11) in Science.

Based on an analysis of 28 deceased female sharks, the animals have a lifespan of at least centuries, an international team found. The researchers had used a quirk of history to calibrate age with length of the animals. Nuclear testing in the mid-1950s led to a spike of the mildly radioactive carbon-14 (14C) isotope, which bled into the oceans by the early 1960s, Science reported.

To date the sharks, the researchers examined the animals’ eye lenses, which are formed before birth, Scientific American noted. Only the smallest sharks carried the 14C signature, suggesting they were born after the radiocarbon bomb pulse. The team estimated...

Using such ground-truth estimates of age, as well as other known aspects of the shark’s growth (including that Greenland shark are born around 50 cm long and that adults only grow 1 cm per year), the team created a model to predict the ages of their specimens. The researchers estimated the eldest shark to be 392 years old (plus or minus 120 years), summarily ousting the former vertebrate longevity champion: the bowhead whale. (The bowhead whale has an estimated lifespan of just 211 years.)

Being so long-lived does seem to have a drawback, however: Greenland sharks don’t reach sexual maturity until they’re 150 years old, the researchers reported.

Scientists surmise that the cold waters, slowing the shark’s metabolism, might be responsible for the animals’ unusual life history.

“Lower metabolic rate plays a big role,” Shawn Xu, a geneticist at the University of Michigan, Ann Arbor, who was not involved in the work, told Science. “But that’s not the whole story.” Xu added that he believes the icy environment might stimulate cold-activated antiaging molecules, which he said “are evolutionarily conserved” across the animal kingdom.