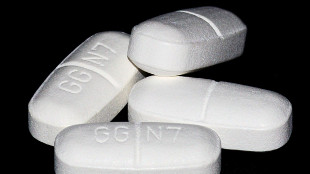 WIKIMEDIA, SAGE ROSSEven short pulses of widely used antibiotics can lead to long-term development changes in mouse pups, including increased body mass and bone growth and changes to the gut microbiota, according to a study published today (June 30) in Nature Communications.

“While this is a correlative study, [the researchers] present a plausible case that antibiotics, by changing the gut microbiota, may affect host function,” said Lee Kaplan, a gastroenterologist and molecular biologist at the Massachusetts General Hospital in Boston who was not involved in the work. “This suggests there may be correlates between the microbiota and changes in the host that can be identified in future experiments and exploited for therapeutic benefit.”

In prior studies, microbiologist Martin Blaser of the New York University Langone Medical Center and his colleagues showed that mice given low-doses of penicillin shortly after birth became overweight in adulthood if fed a...

To replicate this in the lab, the researchers gave three short doses of amoxicillin or another antibiotic called tylosin, or alternating courses of each. Amoxicillin is the number one prescribed pediatric antibiotic, according to Blaser, while macrolides like tylosin are the second most frequently used antibiotics class. The mice also received a high-fat diet several days after the antibiotic treatment, which Blaser suspects exacerbates the metabolic phenotype associated with antibiotics.

“This is a very nice work and it is bold—using high-fidelity shotgun metagenomics in an animal intervention model,” added Kristoffer Forslund a research scientist at the European Molecular Biology Laboratory, Heidelberg, Germany who was also not involved in the study. “Few have done that on this scale, which makes this a milestone.”

The antibiotic treatments also affected the animals’ fat and bone-density levels. Amoxicillin treatment resulted in increases in lean mass and significantly larger bones and higher bone mineral content while tylosin increased lean and total body mass compared to no antibiotic control animals. “This means that the antibiotics are affecting early life development,” said Blaser. Pulsed antibiotic treatment also resulted in gene expression changes in the liver as many as 120 days after completion of the treatment.

“These are important observations that need to be replicated in human studies,” Willem de Vos, a microbiologist at Wageningen University in the Netherlands told The Scientist in an e-mail. While previous work has shown that microbial communities influence obesity and insulin resistance, this study supports the idea that antibiotics affect the gut microbiome and that the disturbed gut microbiota may contribute to metabolic signaling.

“[This study] underscores the complexity of the system and the need to continue to drill more deeply,” said Kaplan. (To read more about the importance of the microbiome in health and disease, read this month’s feature story, “The Sum of Our Parts.”)