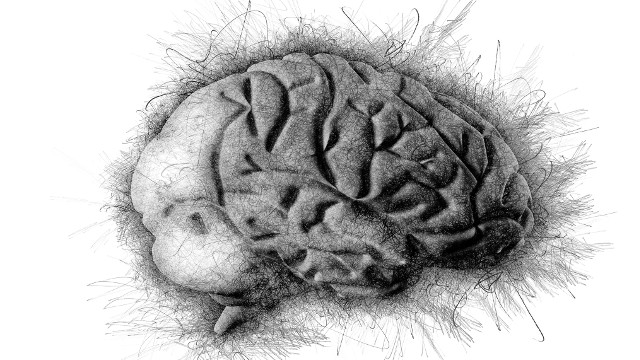 ISTOCK, JEZPERKLAUZENTwo studies in Science today (December 7)—one that focuses on prenatal development in humans, the other on infancy to old age—provide insights into the extent of DNA sequence errors that the average human brain cell accumulates over a lifetime. Together, they reveal that mutations become more common as fetuses develop, and over a lifetime a person may rack up more than 2,000 mutations per cell.

“I think these are both very powerful technical papers, and they demonstrate how single-cell sequencing . . . can reliably detect somatic changes in the genomes of human neurons,” says neuroscientist Fred Gage of the Salk Institute in La Jolla who was not involved in either study.

“What’s cool about [the papers] is that they show two different ways that one can look at somatic mutations in single human neurons . . . and yet they get consistent results,” says...

Cells of the human body acquire mutations over time, whether because of errors introduced during DNA replication or damage incurred during transcription and other cellular processes. But, until recent technological developments enabled whole genome sequencing from the miniscule quantities of DNA found inside single cells or small clones of the same cell, investigating the nature and extent of such somatic mutations—and the resulting tissue mosaicism—was practically impossible.

Within the now burgeoning field of somatic mutation analyses, the brain is a particular area of interest. That’s because unlike organs such as the skin and gut where cells are replaced daily, the brain’s neurons, once established in the fetus, for the most part stick around for life. Somatic mutations in these cells, then, could affect brain function, behavior, and the propensity for disease long-term. Indeed, it’s thought that such mutations could influence the development of diseases such as schizophrenia, autism, and Tourette’s, which have unclear etiologies, says Yale School of Medicine’s Flora Vaccarino who authored one of the studies.

But before studying pathologies associated with somatic mutations, Vaccarino says, “we wanted to know what is the normality of this phenomenon . . . When does it occur? Are there some stages of development that are more susceptible to somatic mutation? That was the aim of our study.”

Vaccarino’s team examined the genomes of single cells taken from the post mortem forebrains of three human fetuses (15 weeks, 17.5 weeks, and 21 weeks post conception). Instead of amplifying the genomes of the cells directly for sequencing—which, it has been suggested, might introduce DNA artifacts—her team took advantage of the fetal neuronal cells’ ability to replicate and grew small clones from the individual brain cells to generate enough DNA for sequencing.

They found that, on average, each cell contained between 200 and 400 single nucleotide variations (SNVs), which were, largely speaking, distributed randomly across the genome. A small percentage of the SNVs were also present in spleen cells, indicating that they occurred prior to the differentiation of mesodermal and neuroectodermal tissues—that is, before embryonic gastrulation.

About one percent of the mutations are likely to be functional in the sense that they disrupt a protein, so by the time you’re 80 years old there’s about one in a thousand neurons that has had a gene essentially knocked out.—Christopher Walsh,
Harvard Medical School and Boston Children's Hospital

The ramping up of the mutation rate during neurogenesis, says Gage, is not surprising. From an evolutionary point of view, he explains, it makes sense that “protecting the genome at embryonic stages is more imperative than at the later stages of differentiation,” where mutations would affect far fewer cells. But, while that’s a sensible theory, he adds, “that the researchers give evidence of it, is important.”

The second study looked at single cells from the post mortem brains of 15 people aged four months to 82 years. Because by these ages most neurons have lost their ability to replicate, clonally expanding the cells in culture was not possible. The team therefore extracted DNA directly from each cell and amplified it for sequencing.

The researchers found that a neuron “starts with around 600 mutations” in an infant, “and the mutations accumulate about one every two weeks, so that by the time a neuron is 80 years old it has about 2,400 or so,” says Christopher Walsh of Harvard Medical School and Boston Children’s Hospital who authored the study. “In general, our numbers pick up right where [Vaccarino’s] leave off,” he says.

“It’s nice to see the two approaches getting similar answers,” says McConnell. “It’s very good news for folks like me that do single-cell sequencing.”

The second study also looked at brain cells from two individuals with neurodegeneration caused by defects in DNA repair enzymes, finding them to have roughly 2.5 times more SNVs than age-matched controls.

“About one percent of the mutations are likely to be functional in the sense that they disrupt a protein,” says Walsh, “so by the time you’re 80 years old there’s about one in a thousand neurons that has had a gene essentially knocked out.” Mutation accumulation could therefore be “a reasonable model for how age-related cognitive decline might come about,” he says.

Walsh’s team also noted that the types of SNVs varied with age, with those apparently caused by oxidative damage being more prevalent in the elderly. That fits “with previous literature that suggests that one cause of aging in the brain might have to do with oxidative damage,” he says. “So that has me eating a lot of blueberries and drinking a lot of red wine.”

What remains to be determined, says McConnell, is not only whether these mutations may influence a person’s likelihood of developing certain neurological conditions, but also whether during development these mutations could actually be an important part of establishing essential cellular diversity within the brain. “Studies like these provide important data that will help direct us toward an understanding of the actual functions of somatic mutations,” he says.