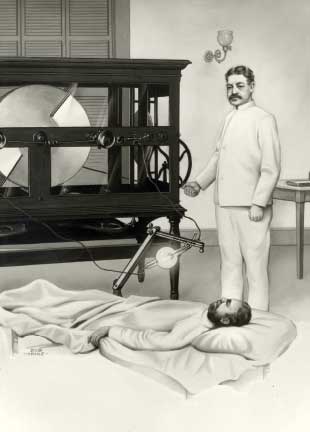 CANCER THERAPY PIONEER: William Coley trialed many cancer treatments alongside his immunotherapy toxin. “What’s maybe not so well known is that he helped bring radiation therapy to Memorial Sloan Kettering,” says sociologist David Hess. “That ultimately led to the demise of his own therapy.” Here, Coley is depicted administering radiation therapy in 1902, just seven years after the discovery of X-rays. The hospital’s director, James Ewing, was committed to developing the therapy, and eventually prohibited Coley from using his toxins to treat hospital patients.ROBERT HOKE, COURTESY OF THE MEMORIAL SLOAN KETTERING CANCER CENTER ARCHIVESAt the end of 1890, a young bone surgeon named William Coley watched in despair as an 18-year-old girl died from sarcoma over the course of a few months. “There are certain types of sarcoma that seem almost hopeless from the start, and when surgical skill, if called upon, only proves how utterly powerless...

According to sociologist David Hess of Vanderbilt University, this girl’s death prompted Coley—now known as the father of immunotherapy—to investigate alternatives to surgery in the treatment of cancer. “He looked over hospital records and found a sarcoma patient who had had a bacterial infection,” Hess says. “This patient was alive—seven years later.”

Coley decided to experiment. In the summer of 1891, he began injecting his patients with live (and, later, heat-killed) cultures of streptococcal bacteria, sometimes directly into their tumors. The inoculations induced fevers; then, apparently as a result, some patients’ tumors shrank.

At the time, many researchers “expected that cancer would turn out to be an infectious bacterial disease,” explains Hess. Coley’s treatment made sense—the injected microbes must be killing the pathogens responsible for cancer, either directly or via the fever.

In the following years, Coley refined his bacterial concoction into a vaccine, now called Coley’s toxin, and carried out trials in hundreds of patients, with considerable success. Drug companies started manufacturing his toxin, and Coley himself shot to fame. 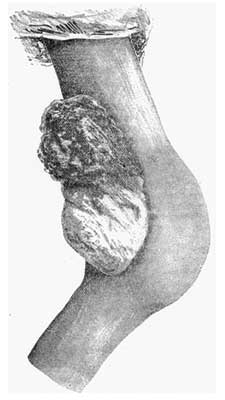 IMMUNOTHERAPY'S START: One of first patients to receive William Coley’s immunotherapy treatment was a 16-year-old girl with a sarcoma of the femur, illustrated in his 1891 publication describing the therapy. Coley administered several injections of a bacterial culture known to cause the skin infection erysipelas directly “into the tumor substance.” The inoculations induced a severe fever, and Coley noted some signs of healing in the “granulating,” or grainy, surface produced at the site of injection. But improvement was only temporary, and the girl died a few months later.W.B. COLEY, "CONTRIBUTION TO THE KNOWLEDGE OF SARCOMA," ANNALS OF SURGERY, 14:199-220, 1891But other therapies were evolving too. At Coley’s own hospital, now Memorial Sloan Kettering Cancer Center, radiation therapy was growing in popularity. Meanwhile, clinical trials of Coley’s toxin were plagued by inconsistencies in manufacturing and administration, and evidence for the microbial origin of cancer (and with it, the explanation of the toxin’s effects) failed to materialize.

By his death in 1936, Coley had treated more than 1,000 patients—of which 500 appeared to show near-complete regression—but his approach had fallen out of favor. “The door was closing,” says Hess. “Both radiation therapy and chemotherapy were easier to use in a more standardized way.” The American Cancer Society’s inclusion of Coley’s toxin in its Unproven Methods of Cancer Therapy delivered the treatment’s fatal blow in 1965.

Yet many of Coley’s ideas have since reemerged. In the 1970s, the discovery of tumor necrosis factor offered a new explanation for the success of Coley’s toxin: rather than directly attacking tumor cells, scientists found, some infections trigger the body’s own antitumor response. Now, the rapidly growing field of immunotherapy aims to harness this response to boost the immune system’s ability to identify and destroy cancer cells.

While some of his premises have not stood the test of time, the current immunotherapy craze might have come as no surprise to Coley. After all, as he wrote in 1909, “no one could see the results I saw and lose faith in the method.”