Vaccinations have revolutionized public health in the developed world, slashing the numbers of infectious disease–related deaths dramatically. But vaccine availability is often limited in low-income countries with poor healthcare infrastructures, leading to avoidable deaths. Two issues influencing the accessibility of many vaccines are their needs for constant refrigeration from production until use and for trained personnel to administer injections.

To overcome the issue of temperature sensitivity, some vaccines are freeze-dried, a process known as lyophilization, and transported as powders. But, says Maria Croyle, a pharmacologist at the University of Texas at Austin, in some instances the stability of lyophilized vaccines is less than ideal. For instance, some can be damaged if they freeze during transport or storage. Moreover, lyophilized vaccines still need to be reconstituted and injected by professionals.

To avoid these barriers, Croyle and her team have developed a vaccine preparation technique that both imparts temperature stability and allows easy administration. The vaccine—which for testing purposes is a live virus—is first added to a thick mixture of methylcellulose, sugar alcohol, and a surfactant. Then, under sterile conditions, the mixture is poured into thin layers and air-dried. “It’s like how you would make taffy,” Croyle says. The key to the virus’s survival, says Croyle, is the molecules of surfactant, which form “a bubble around each virus particle,” suspending and protecting it.

NO VIALS, NO FRIDGES, NO NEEDLES: To make a film-based vaccine, a mixture containing attenuated virus, methylcellulose, sugar alcohol, and surfactant would be poured out as thin layers and allowed to air dry in sterile conditions for eight hours. These flexible, lightweight sheets could then, in principle, be packaged and transported without the need for vials or protection from extreme temperatures. At their destination, the vaccines would be given orally to subjects, thus eliminating the need for syringes, needles, and trained personnel. WEB | PDF
© Melanie Lee

The result is a thin, peelable film containing live virus that can be stored at room temperature for up to three years and can maintain viability through repeated cycles of freezing and thawing. Subjects would then take the vaccine by allowing a small square of it to dissolve in their cheek or under the tongue.

In proof-of-principle experiments, Croyle’s team prepared H1N1 influenza virus as a film and showed that its administration to the oral mucosa of mice induced antibody titers comparable to those obtained with standard intramuscular injection.

“Transportation of vaccines, particularly into the developing world, has always been a major issue, and this would seem to . . . overcome most of the known problems,” says Russ Middaugh, a pharmaceutical chemist at the University of Kansas who was not involved in the work.

“It’s a very important paper and extremely timely . . . in light of the mad rush to come up with [and distribute] a vaccine for COVID-19,” adds pharmaceutical scientist Kishor Wasan of the University of Saskatchewan and University of British Columbia who also did not participate in the research. “This is huge,” he says.

Croyle now plans to automate the film preparation process to enable production at the necessary scale for a vaccine. (Sci Adv, 6:eaau4819, 2020) 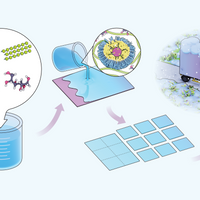 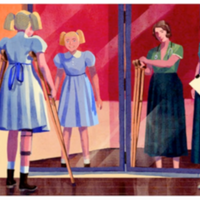