The gut’s natural inhabitants are key to preventing and fighting some infections. Take Clostridioides difficile, a bacterium causing severe diarrhea that can be life-threatening: it is more likely to cause infection in a gut with an altered microbiota, often due to antibiotic treatment. Conversely, fecal microbiota transplants from healthy donors have proven useful to treat the disease, further evidence for the role of commensal bacteria in warding off the infection.

How commensals fight against such pathogens is beginning to come into focus. Warfare—through toxic compounds or other weaponry—and competition for resources are two common strategies. Now, a trio of studies published this month lends insight into how specific commensals might keep the gut safe from colonization by pathogens using these tactics. Together, the findings hold promise for the future design and prescription of probiotics to help ward off infectious diseases.

Vibrio cholerae: When your weapons are not good enough

Together with her colleagues, Melanie Blokesch, a microbiologist at the Swiss Federal Institute of Technology in Lausanne, had shown in recent years that Vibrio cholerae, the bacterium responsible for cholera, deploys a killing device when it grows on chitin—a polymer that makes up crustacean exoskeletons. Chitinous surfaces are abundant in the Bay of Bengal to the southeast of India, and cholera is endemic in coastal villages of the country and neighboring Bangladesh. The killing device, known as the type VI secretion system (T6SS), is a sort of molecular spear used by V. cholerae and many other bacteria to inject toxins into neighboring cells. On chitinous surfaces, says Blokesch, the T6SS is upregulated, making this pathogen “ready to kill other bacteria once people ingest them [from] contaminated water.” 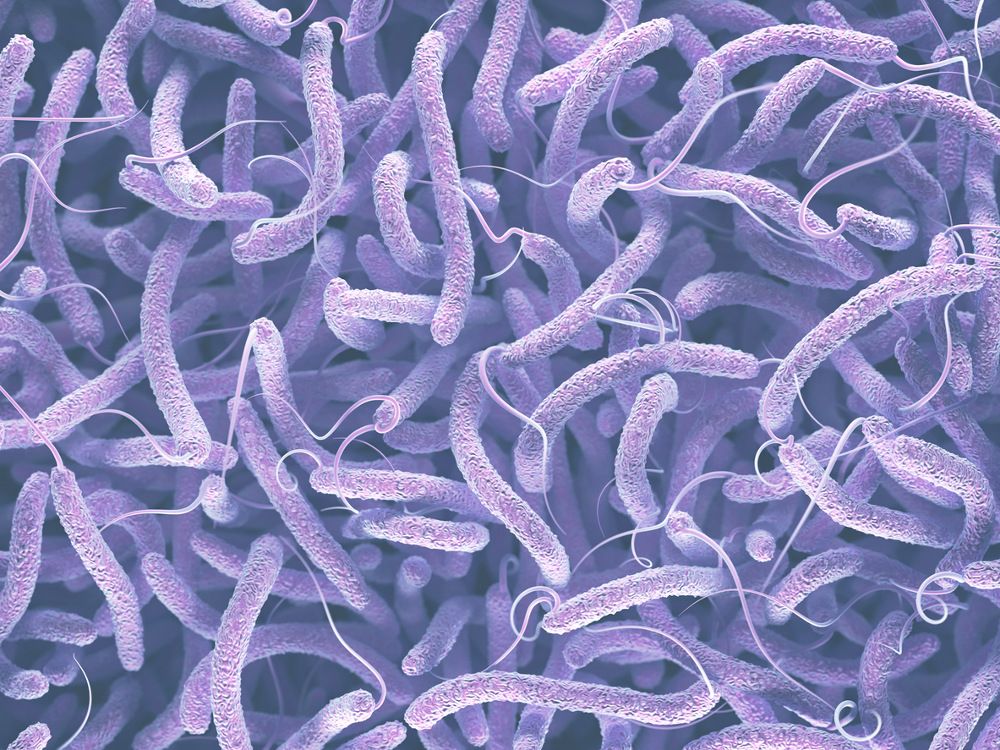 Her team has mainly studied V. cholerae’s lifestyle outside the human body and on natural surfaces, and she says she wanted to understand what happens when the pathogen gets into humans—that is, whether resident microbes in the gut would survive or succumb to V. cholerae’s T6SS weapon. Using 26 bacterial isolates from the Human Gastrointestinal Bacteria Culture Collection—made from samples from healthy people—the researchers had each of these strains face off against V. cholerae in a dish. Some of these commensals lost the battle against the pathogen, but a few survived.

Enterobacter cloacae was one of the survivors. Not only did it live through the confrontation, but Blokesch and her colleagues found that it actually killed V. cholerae. The key to the species’ success is that it has its own, superior T6SS—E. cloacae mutants with an inactive weapon proved helpless against the pathogen. Yet what made E. cloacae’s T6SS better than V. cholerae’s is unclear.

Other survivors of the microbial faceoff were members of the Klebsiella genus, including K. michiganensis and K. oxytoca. They did not kill V. cholerae, but rather produced a polysaccharide that is anchored to Klebsiella bacteria’s membranes, making a shield. Known as capsule group I, these sugary coats saved the microbes from V. cholerae’s T6SS attacks. If bacteria produced this specific capsule group, they had a much better chance of surviving the battle with V. cholerae—a finding that is quite robust, says Benjamin Ross, a microbiologist at the Geisel School of Medicine at Dartmouth who was not involved in the study.

Karina Xavier, a molecular biologist at the Instituto Gulbenkian de Ciência in Portugal who also did not participate in the research, speculates that, because they survive such attacks, Klebsiella species might be able to protect their hosts by competing with V. cholerae for resources. Many Klebsiella strains efficiently consume different types of nutrients, and as other recent studies have found, harboring gut bacteria that are good at consuming resources can be essential for resisting pathogenic infection.

Salmonella Typhimurium: When the leftovers are gone

Bärbel Stecher, a microbiologist at Ludwig Maximilian University of Munich, has for a long time studied how mammalian gut microbiota provide colonization resistance against Salmonella enterica serovar Typhimurium (S. Tm), one of the leading causes of food poisoning. A few years ago, she and her colleagues developed a synthetic murine bacterial community consisting of 12 species that, when transplanted into the gut of a germ-free mouse, provided partial resistance against Salmonella infection. They later found that when they added an E. coli strain to the mix, the mice were fully protected—similar to what a much more complex microbiome does, she says. 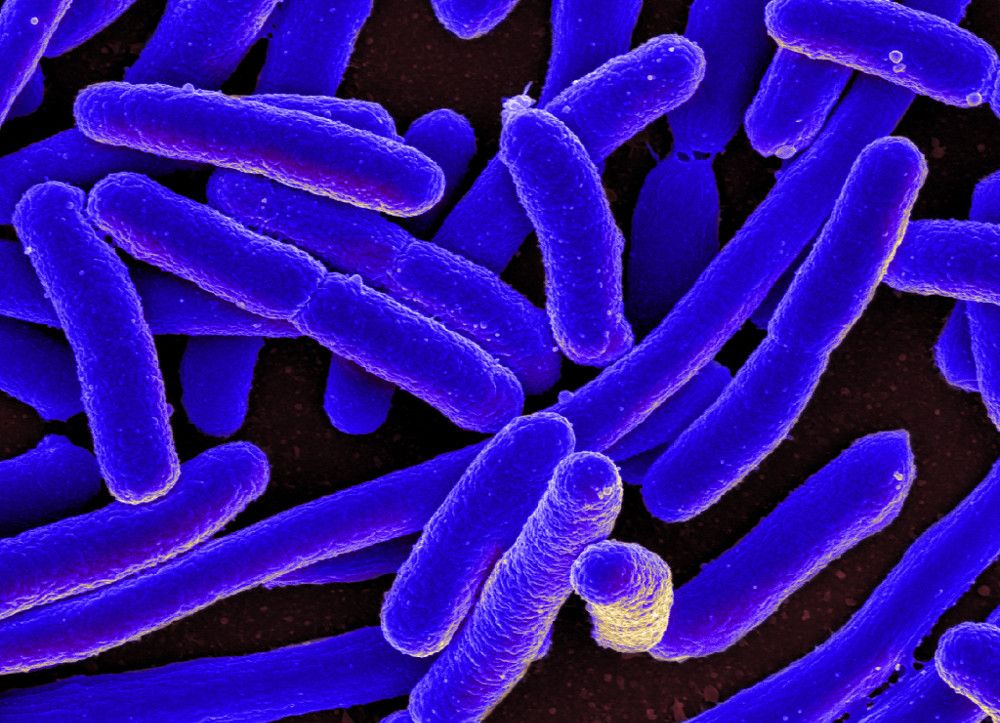 E. coli is “of key importance for the colonization resistance” in this model, notes Stecher. But she and her colleagues observed that its presence could only protect mice from a Salmonella infection when the rest of their microbial community had a specific composition; mice whose microbiota consisted of only three species succumbed to Salmonella even when inoculated with the same E. colistrain.

The mechanism behind this difference in outcomes was unclear, so Stecher’s team looked into the genes expressed by E. coli in mice with more- and less-diverse microbiomes. The analysis revealed that most genes that were differentially regulated in E. coli under the two conditions were associated with carbohydrate metabolism. “This suggested that they just have more carbohydrates available under one condition versus the other,” says Stecher.

By further digging into the contextual differences, the team found that in the 12-species microbiota, E. coli and S. Tm seemed to be competing for galactitol, a sugar that none of the other 12 commensal species consumes, and that this competition was key to preventing infection in the mice. In the less complex three-species community, E. coli did not deplete galactitol, instead using other simple sugars that in the previous scenario were exploited by other members of the microbiota, namely those belonging to the family Lachnospiraceae.

The main takeaway from these results, according to Mariana Byndloss, a microbiologist at Vanderbilt University Medical Center who peer reviewed the study, is “that commensal bacteria protect the host from pathogens by competing for nutrients.”

Byndloss adds that as the study used a synthetic community of microbes in a mouse model, “we don’t know if this competition is happening in the human gut. [It will be] important to eventually translate those findings from animal models into humans.”

Klebsiella pneumoniae: When a close relative is better at the table

Till Strowig, a microbiologist at the Helmholtz Centre for Infection Research in Germany, and his colleagues found that resource competition was similarly key to colonization resistance against another feared pathogen: Klebsiella pneumoniae, which in recent years has been widely associated with hospital-acquired infections by multidrug-resistant strains.

Their approach was initially different from that of Stecher’s team. Strowig and colleagues collected fecal samples from healthy adults and kids, incubated them with a multidrug resistant strain of K. pneumoniae, and waited to see whether the pathogen could survive after encountering the diverse microbiomes in these fresh feces.

Strowig says he expected that their microbiomes would not be susceptible to the pathogen, but surprisingly, many of them were. The ability of these samples to resist K. pneumoniae colonization was, in fact, strikingly variable. “There was a 100,000-fold difference between individuals,” he says, “and that captured our interest.”

The team found that many of the samples that were most resistant to K. pneumoniae—particularly those obtained from children—had a common species: Klebsiella oxytoca. To explore the potential protective power of this commensal, the team gave it to mice with a microbiota previously disrupted by antibiotics and tested whether its presence could prevent a K. pneumoniae infection. 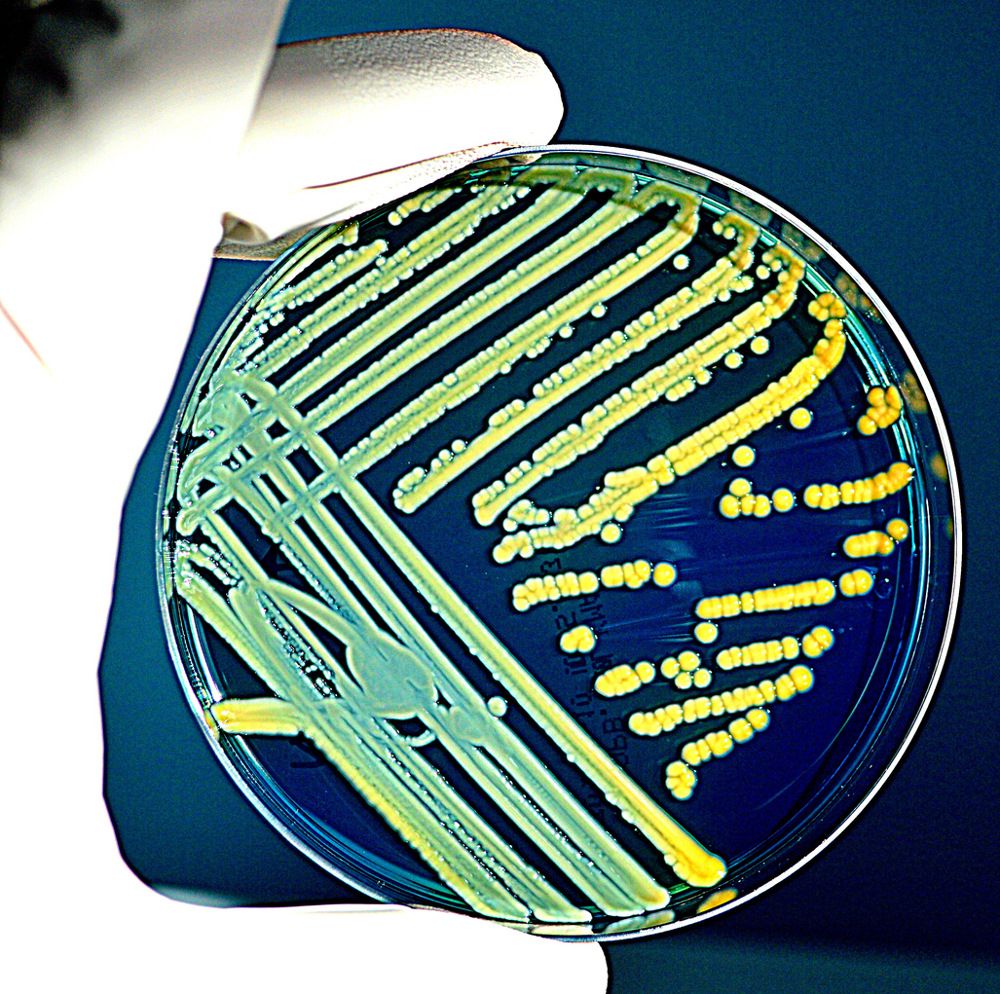 It turned out that indeed, mice treated with K. oxytoca were protected. Not only did the species prevent colonization by K. pneumoniae, it also cleared the pathogen in experiments where K. pneumoniae was introduced at the same time or prior to K. oxytocainoculation.

As with the protection E. coli offered against Salmonella infection, K. oxytoca’s success turned out to result from competition for the use of a specific carbon source—in this case, beta-glucosides. Strowig and his colleagues found that the commensal has genes involved in the metabolism of beta-glucosidic sugars, and the team became especially interested in an element present in all K. oxytoca protective strains but absent in K. pneumoniae: the casRAB operon, which includes casA, the gene for a protein that transports beta-glucosidic sugars into the cell. In further experiments, the team found that casA indeed appears to be key in the competition: K. oxytoca lacking the gene was not able to prevent the pathogenic colonization.

Although K. pneumoniae does not have casA in its genome, it does appear to consume beta-glucosidic sugars, says Strowig, likely using other transporters to do so. The team’s hypothesis, he adds, is that the protein encoded by casA is particularly efficient in transporting beta-glucosidic sugars into cells, allowing K. oxytoca to outcompete its pathogenic relative. Furthermore, similar to E. coli’s competition with Salmonella, the study authors found that other strains in the microbiota contributed to K. oxytoca’s success in restricting K. pneumoniae, likely by depleting specific resources.

Xavier, who peer-reviewed Stecher’s paper but was not involved in that study or in Strowig’s, says that findings presented in both papers provide “an explanation for why different people have different susceptibilities” to these pathogens. That is, she says, it might depend on whether protective strains of commensal microbes are present.

“I think one can hope or imagine that for each pathogen there might be a commensal [bacterial strain] with a high metabolic overlap” to outcompete it—and finding those competitive opponents could be a promising strategy for developing new probiotics. “We need to capitalize on the incredible potential of these commensal microbes and their protective capabilities.”

Members of the Klebsiella genus are one promising option for the development of new probiotics, says Xavier. Last year, her team reported that the commensal Klebsiella michiganensis provided colonization resistance against an invading E. coli and Salmonella through nutrient competition. The new findings from teams led by Blokesch and Strowig further support this genus’s potential.

Yet both Xavier and Strowig caution that the development of probiotics with Klebsiella species should be addressed carefully, given the pathogenic nature of some strains and their ability to acquire antibiotic resistance via horizontal gene transfer. “We don’t want to have a probiotic that has too much pathogenic potential,” Strowig says. The goal, he adds, is to make a strain that is safe without compromising its protective properties.

The University of Oxford’s Emily Stevens, who studies the role of host microbiota in the evolution of pathogens, agrees. “Both the pathogen and the microbiota have the ability to evolve in response to the actions of the other,” she says; as such, researchers must consider “how any microbes that you give to a host might interact with any resident microbiota, whether any of these microbes have the potential in one form or another to cause disease, [and] whether they might drive evolutionary changes in the pathogen.”

Nonetheless, in the light of the current crisis of widespread antibiotic resistance in pathogens, “there is a real pressing need to find alternatives” for treating infections, says Stevens. The development of microbiota-based therapies, she adds, “is a really exciting and promising potential alternative.”