Much scientific and media attention during the pandemic has focused on antibodies, and sometimes T cells, as markers of immunity against SARS-CoV-2. In a study published July 12 in Nature, researchers took a more holistic approach, called systems vaccinology, to see how Pfizer’s mRNA vaccine activates the immune system—and found that in addition to inducing antibodies and T cells against the virus, the second shot also kicks a fast-acting, general antiviral immune response into gear.

The authors looked at 56 volunteers, collecting blood samples before they received the first and second doses of the Pfizer vaccine and then at later time points, including one and six months after the second jab. The team analyzed the blood samples using a suite of techniques to see how the vaccine was affecting all aspects of the immune response beyond long-lasting T and B cell activity. B cells produce antibodies, the Y-shaped proteins that circulate in the blood and stick to foreign invaders, flagging them for immune cell destruction. Meanwhile, T cells kill infected cells that otherwise serve as viral production factories. As part of the adaptive immune response, both B and T cells can “remember” a particular pathogen, meaning that every time they encounter it, they fight back faster and stronger than before. Inducing strong B and T cell responses is usually the goal when developing vaccines.

By contrast, innate immunity consists of a quicker but more general response against invading pathogens. Because it hasn’t historically been associated with immune memory, it’s often overlooked in vaccine development—even though many innate immune cells have powerful antiviral defenses, especially when activated by a signaling protein called interferon-gamma.

The Scientist spoke with lead author Bali Pulendran, an immunologist at Stanford University, about what he and his colleagues found regarding the Pfizer vaccine’s effects on the immune system. 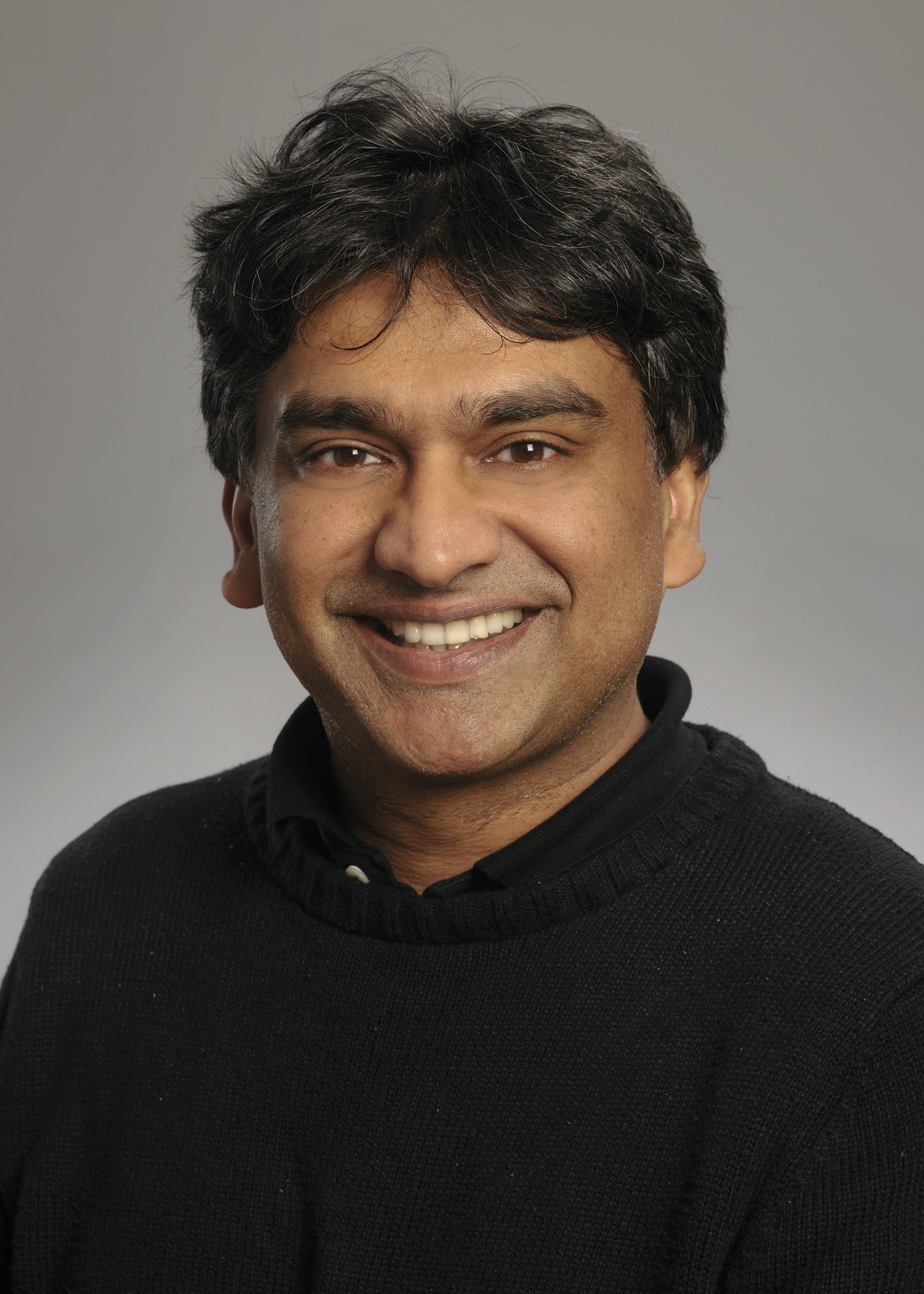 The Scientist: What was the question you set out to answer in this study?

Bali Pulendran: The question was very simple. . . . There’s this completely new type of vaccine that is now being used in humans, and has been shown to have a very high degree of efficacy. . . . And so the question was, how exactly does it work? How does it stimulate the immune system? And what kinds of immune responses does it induce?

The Scientist: For people like me—who sometimes get intimidated by systems approaches—how would you even describe systems vaccinology?

BP: That’s a great question. . . . It’s a bit like understanding complex machines, like a car. A car has certain behavioral traits—it can move from point A to point B. Now, to understand the behavior of this complex machine, you need to understand the key regulators. . . . You need to understand that there’s an engine, there’s a carburetor, there are brakes, there’s the accelerator that can change the speed of the car. And all of those are . . . key regulators that allow this complex machine to exhibit certain behaviors like moving from point A to point B, or accelerating speed, or braking and so on. You wouldn’t really have a real sense of understanding if you were simply to look at any one of those components, would you?

What a systems approach does is to have a holistic view of a biological system—in this case, how vaccines stimulate the human immune system. By measuring different aspects of this behavior . . . by measuring how the individual cells respond; and the genes within the cells, how they respond; the metabolites, how they respond—you’re looking at a broad array of information about the system.

The Scientist: What would you say were the most important findings from this study?

BP: First . . . as had been reported by others, this Pfizer mRNA vaccine indeed induces a very robust neutralizing antibody response and a very robust antigen-specific CD8 T cell response. And, importantly, these responses were most pronounced after the secondary immunization—[they were] barely detectable after the primary immunization.

[Second] is there was a strong transcriptional signature . . . that we induced by vaccination. . . . Now, this signature occurred very quickly after the secondary vaccination, within one day. . . . In the world of T cells and B cells, one day is a very short time, but in the world of innate immunity, one day feels just about right. . . . Consistent with this, there was an increase in . . . a certain type of myeloid cells [a kind of innate immune cell] that we . . . called the Cluster 8 . . . and it looked like monocytes and some myeloid [dendritic cells]. This population was quite unique in the following way: it expressed high levels of transcription factors that induce interferon-stimulated genes, yet very low levels of transcription factors that induce inflammatory cytokines.

What was fascinating was that the frequency of this cluster was increased 100-fold one day after the secondary immunization compared to the frequency one day after the primary immunization. . . . This was a fascinating behavior of the innate immune system because it showed an adaptive kind of behavior. . . . It was exactly like how a memory T cell or a memory B cell would respond.

We saw that there was strong correlation between the frequency of these cells (Cluster 8) and interferon-gamma. . . . The fact that these cells express lots of interferon-stimulated genes means that perhaps they have some antiviral property. In other words, they might engender or imprint an antiviral state that could occur after Pfizer vaccination—broad antivirals that are not simply against the SARS-CoV-2 against which the vaccine was made, but perhaps against other viruses.

See “How Some Vaccines Protect Against More Than Their Targets”

The Scientist: What would you say are the primary limitations of this study?

BP: One is that everything we’ve analyzed has been confined to the blood. And, of course, the blood is a very useful organ, but the draining lymph nodes and some of the tissues like the respiratory tract. . . . [and] the lung would be really important to look at. So we’re planning a follow-up study, where we could collect some lymph node samples, fine-needle aspirates, from humans who get this vaccine, as well as collect some bone marrow.

This was a fascinating behavior of the innate immune system because it showed an adaptive kind of behavior. . . . It was exactly like how a memory T cell or a memory B cell would respond.

The other aspect is, of course, there are two mRNA vaccines that are approved. One is from Pfizer, and the other one is from Moderna. In principle, both of them should work through the same pathways and should stimulate similar responses. But we don’t know for sure. . . . So we’re doing a comparative study now between the Pfizer and the Moderna vaccine.

And then the final, but maybe the most important, limitation is to more deeply probe this adaptive behavior of the innate system. . . . And to do that, we’re now doing studies in mice and planning studies in nonhuman primates, where you can manipulate the system more readily.

The Scientist: So far, the media and public health officials seem to be really focused on vaccines’ efficacy of generating antibody responses. Why is it important to know that the vaccine is affecting so many other aspects of the immune system besides just the antibody response?

BP: That’s a great question. Yes, everyone is focused on analyzing antibody responses, and there’s a reason for that: it’s because the vast majority of vaccines that have been approved for use over the last several decades have been developed on the premise that they induce antibody responses, which are protective.

However, I think the media and the public unfortunately haven’t really been exposed to much immunology. [The immune system] is an intricate system that’s really quite complex, and while the antibody arm of that system provides very strong protective immunity, there’s so much more there. There’s the T cells, there’s different types of T cells, there’s the tissue T cells, there’s the innate [immune system]. I think it’s really key to have a full, holistic picture of how the system responds to a vaccine . . . in order for us to grasp how exactly this vaccine is working—and with that knowledge, hopefully design even better vaccines.

BP: If there was still a camp holding out thinking, ‘I don’t need a second dose,’ . . . then this paper would provide that reason. . . . There are one hundred other studies that would say that, yes, one should get a second dose.

But what this paper offers is so much more . . . because it reveals the broad complexity of immune responses that are evoked by this vaccine, and raises the possibility that this vaccine may provide immune protection, not solely through antibodies, but perhaps through a combination of one or more of these responses. . . . They can all work hand-in-hand together to synergize to provide some protection.

Correction (July 28): The story has been updated to clarify that the immune cells the team discovered expressed high levels of transcription factors that induce interferon-stimulated genes. The Scientist regrets the error.