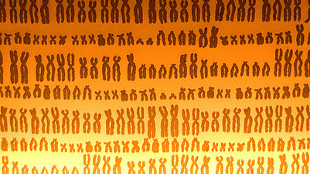 Autism is thought to arise due to complex interactions of various environmental and genetic elements, most of which have yet to be identified. Just today, three papers published in Nature found three new autism-linked genes, and flagged hundreds more as possibly being linked to the disease. And if that wasn’t complicated enough, another study, published today (April 4) in Science Translational Medicine, identified another autism-linked genetic element that doesn’t even code for a gene—a newly discovered non-coding RNA—which has a surprisingly complex gene regulatory function.

Autism spectrum disorder (ASD) is a blanket term covering an array of developmental behavioral disorders characterized by, among other things, social deficits, communication problems, and repetitive behaviors. Though the cause of ASD is poorly understood, over the years scientists have accumulated a list of genetic components that point to a better understand the biology of the condition and possible treatment...

Daniel Campbell of the University of Southern California in Los Angeles identified the non-coding RNA while investigating the 5p14.1 region of chromosome 5, which had previously been linked to ASD in a 2009 genome wide association (GWA) study, but which had yet to be verified. Campbell and his team searched the 5p14.1 region for candidate elements and found a rather unusual RNA. “The RNA that was being made on chromosome 5 was actually the antisense of a pseudogene for moesin,” said Campbell.

The team further showed that the antisense RNA bound the transcript of the real moesin gene on the X chromosome and could regulate its protein levels in cells. “First of all, there’s a pseudogene, then what gets transcribed is the opposite strand of the pseudogene, which can then go and bind to the RNA for some protein-coding gene on a different chromosome,” Campbell said. “That’s just nuts. Honestly, I didn’t believe it, and made my technician repeat it like five times.”

The moesin gene codes for a membrane protein involved in cell recognition and movement. It was found previously to be highly expressed in the postmortem brains of autism patients, as is the antisense RNA, Campbell and colleagues report. The overall protein level of moesin in the brains was unchanged, but it’s possible that at a crucial point in development, the antisense RNA causes the misregulation of moesin.

“Autism is a neurodevelopmental disorder so presumably the genetic risk factors are acting to shape the brain during development or the first few years of life,” explained Brett Abrahams of Albert Einstein College of Medicine in New York, who was not involved in the study. “It would be wrong to make the assumption that expression in the postmortem brain is indicative or related to the perinatal brain.”

Beate St Pourcain of Bristol University in the UK, lead author of a 2010 study that linked 5p14.1 to social communication problems in otherwise healthy individuals, said of Campbell’s work, “I am even more convinced now about the [5p14.1] variant.... The regulation of moesin expression by the antisense RNA is a quantitative mechanism, which fits with the continuum of the disorder.”

She added that the paper “beautifully shows how a detailed and thorough molecular biological analysis can help to make sense of big GWA studies.”

Three other research groups also wanted to validate some of the autism-linked genes identified in earlier studies, and chose to do so by performing large-scale exome sequencing of approximately 600 families—two unaffected parents, one child with autism, and in some cases, unaffected siblings. The studies, published in three Nature papers today, identified hundreds of coding sequence mutations in the autism patients, including alterations to three genes that were mutated in more than one individual with autism.

It might not seem like a lot, but Matthew State, a co-author of one of the papers, is over-the-moon. “The idea that in this small a sample we have found genes that can start to empower studies at the bench and looking at the biology of these things is literally thrilling.”

State and others plan to sequence yet more families. Although his estimate is that there may be “north of 500 genes, maybe up to 1,000,” he doesn’t expect to find them all. “The real value of genetics is that it gives you an idea about biology,” he said, suggesting that even if they only identify 10 percent of the genes, it might be enough to understand the disorder and develop treatments.

Of course, exome sequencing won’t identify non-coding RNAs, such as the one detailed in the study led by Campbell, who argues that whole genome sequencing should be the goal. “One thing our paper does is broaden the perspective of what we should be looking for.”