Update (November 18): After the companies concluded their Phase 3 trials and found that the vaccine is 95 percent effective in an analysis of 170 confirmed COVID-19 cases, Pfizer and BioNTech are expected to seek emergency authorization from global regulators within days. The results put the vaccine on par with competitor Moderna’s COVID-19 vaccine, which was found on Monday to be 94.5 percent effective in a preliminary analysis of 95 participants.

Preliminary data from pharmaceutical giant Pfizer and German biotechnology firm BioNTech show that their COVID-19 vaccine is more than 90 percent effective at protecting people from the infection, compared to patients who received a placebo saline shot, according to a Pfizer statement today (November 9).

“I’ve been in vaccine development for 35 years,” William Gruber, Pfizer’s senior vice president of vaccine clinical research and development, tells STAT. “I’ve seen some really good things. This is extraordinary.” He added, “This really bodes well for us being able to get a handle on the epidemic and get us out of this situation.”

Anthony Fauci, the director of the National Institute of Allergy and Infectious Diseases, tells the Associated Press the results suggesting 90 percent efficacy are “just extraordinary. Not very many people expected it would be as high as that.”

If the final vaccine ends up with that level of efficacy, it “would be higher than your regular flu vaccine, and this vaccine could have a serious impact on bending the curve of this outbreak,” Saad Omer, the director of the Yale Institute for Global Health who is not involved in the development of COVID-19 vaccines, tells The New York Times.

The companies have not yet released the full results of the analysis, which has not been peer-reviewed by outside experts or published in a medical journal. There is also no information yet on the severity of the infections among those who were vaccinated.

“If that headline number really holds up, that is huge. That is much better than I was expecting, and it will make a huge difference,” Ashish Jha, the dean of the School of Public Health at Brown University who is not involved in the development of COVID-19 vaccines, tells STAT. He adds that it is difficult to evaluate science from a press release and that he looks forward to reviewing the full results.

Pfizer plans to continue its study until it records 164 infections among all the volunteers to demonstrate its efficacy in accordance with the US Food and Drug Administration’s (FDA) guidelines. FDA officials require any COVID-19 vaccine to be at least 50 percent effective to consider approval.

Members of the independent data monitoring board that reviewed the results found no serious safety concerns. They reported similar side effects to an earlier study of the vaccine that was posted in August on a preprint server: pain at the injection site, fatigue, chills, and fever—which occurred more frequently in older and younger trial participants than in those aged 18–65.

If a vaccine is authorized, initial supplies will be scarce and rationed, with priority likely to be given to front-line workers such as healthcare employees. Pfizer has estimated that it could make available 50 million doses globally by the end of 2020, which would vaccinate 25 million people because it’s administered in two doses. 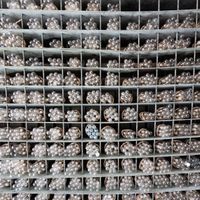