Patients have tested positive for SARS-CoV-2 genetic material after apparently recovering from infection with the virus and being discharged from the hospital, according to media reports and a study published in JAMA last month. The phenomenon has sparked concerns that people could continue to infect others long after their illness had passed. But a preprint posted to medRxiv yesterday (March 9) suggests that patients with mild symptoms shed viable viral particles for 10 days or less after the onset of illness.

“This is a very important contribution to understanding both the natural history of Covid-19 clinical disease as well as the public health implications of viral shedding,” says Michael Osterholm, the director of the University of Minnesota’s Center for Infectious Diseases Research and Policy, in remarks to STAT. Osterholm was not involved in the study.

The work was conducted on nine patients in Germany. The authors found a high load of infectious viral particles in samples from the patients’ throats and lungs early in the illness, peaking four days after symptoms started. But while viral RNA could still be observed in the samples once symptoms had cleared, there were no detectable infectious particles after day eight from the onset of symptoms in those patients who’d had mild symptoms. No infectious particles were detected in stool, blood, or urine.

“Based on the present findings, early discharge with ensuing home isolation could be chosen for patients who are beyond day 10 of symptoms with less than 100,000 viral RNA copies per ml of sputum,” the authors write in their report. The results have not undergone peer review.

In another study, published today in the Annals of Internal Medicine, researchers analyzed news reports and press releases mentioning exposure and symptom onset dates for patients with COVID-19, the illness caused by SARS-CoV-2. Among the 181 cases the authors found, the median time between exposure and symptom onset was 5.1 days, and 97.5 percent of people who became ill did so within 11.5 days of exposure.

“Based on our analysis of publicly available data, the current recommendation of 14 days for active monitoring or quarantine is reasonable, although with that period some cases would be missed over the long term,” says study coauthor Justin Lessler, an epidemiologist at the Johns Hopkins Bloomberg School of Public Health, in a news release.

“It’s very reassuring that by 14 days, while it might not be 100%, it will be close,” Graham Cooke, an infectious disease expert at Imperial College London, tells The Guardian. Cooke cautions that people who’ve been exposed shouldn’t assume they’re in the clear if they haven’t developed symptoms after five days. “That’s absolutely the wrong interpretation,” he says. “At five days, half of people won’t yet have developed symptoms.”

Clarification (March 10): The wording of this article’s subheading has been adjusted to make it clear that five days after infection was the median time it took for people to get sick in the study. 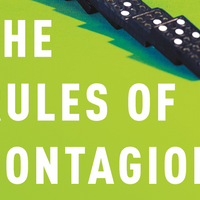