Selective breeding and artificial insemination are the cornerstone methods for generating agricultural animals with desired traits. But a technique called surrogate sire technology—in which males are first sterilized and then transplanted with stem cells to produce sperm from genetically desirable donors—may soon join the list, thanks to proof-of-concept experiments published in PNAS on Monday (September 14).

“This is a really great paper that shows for the first time that you can do spermatogonial stem cell transplantation in a variety of large animals,” says reproductive biologist Thomas Spencer of the University of Missouri who was not involved in the research.

They applied the technique “to not only one but three agricultural species . . . boars, bucks, and bulls,” adds Thomas Hansen, a reproduction researcher at Colorado State University, who also did not participate in the study. “It’s a tremendous amount of work.”

Humans have been controlling the breeding of animals for millennia, selecting for desired traits such as more meaty bodies, increased milk production, and longer fur. Within the last century, artificial insemination has become a widely used version of selective breeding, favored for its efficiency. “About eighty percent of dairy cattle are bred by artificial insemination,” says reproductive biologist Jon Oatley of Washington State University who led the research, but for other animals the technique has limitations.

“For sheep and goats, in order to do [artificial insemination] effectively, it’s a surgical procedure,” Oatley says, adding that such animals also tend to range over large areas of land, rather than being housed in the sort of quarters suitable for animal handling. Even for pigs, which are often artificially inseminated, the practice is not ideal, he says. The sperm of a boar (the term for a domesticated, uncastrated pig), unlike that of a bull, he explains, does not tolerate freezing well, making its shelf life shorter and limiting its transportation.

The idea behind surrogate sire technology is to transplant sperm-making stem cells from an animal with chosen traits into sterilized male hosts and thus create animals that can continuously provide the desired sperm and deliver it to females naturally. It’s “a way to clone the male, essentially, using surrogates,” says Hansen.

With the ability to grow spermatogonial stem cells in culture, there may even be the opportunity for direct genetic modifications, which would be the “ultimate goal,” suggests Spencer.

For surrogate sires to be truly surrogates, they must have their own sperm-making germ cells eliminated and yet maintain the anatomy necessary for supporting sperm production. In previous experiments with mice, “the way that this has been achieved is through treatment with chemotherapy reagents or irradiation,” explains reproduction researcher Tessa Lord of the University of Newcastle, Australia, in an email to The Scientist. But this “can damage the animals’ health, and also inadvertently damage the somatic cells in the testis,” she writes.

Moreover, such treatments “don’t eliminate [germ cells] fully, so there’s always a mixture of both self- and transplanted-[spermatogonial cells],” which has stymied the adaption of surrogate sire technology to livestock, Oatley says. In their new approach, Oatley and his colleagues have genetically sterilized the animals via the deletion of a gene encoding NANOS2—a protein produced specifically in the testes and essential for generating sperm from germ cells.

“The production of NANOS2 knockout animals, which are ‘genetically sterile’ [means] recipient animals no longer need to be exposed to harmful treatments,” writes Lord, and “the testes remain undamaged.” 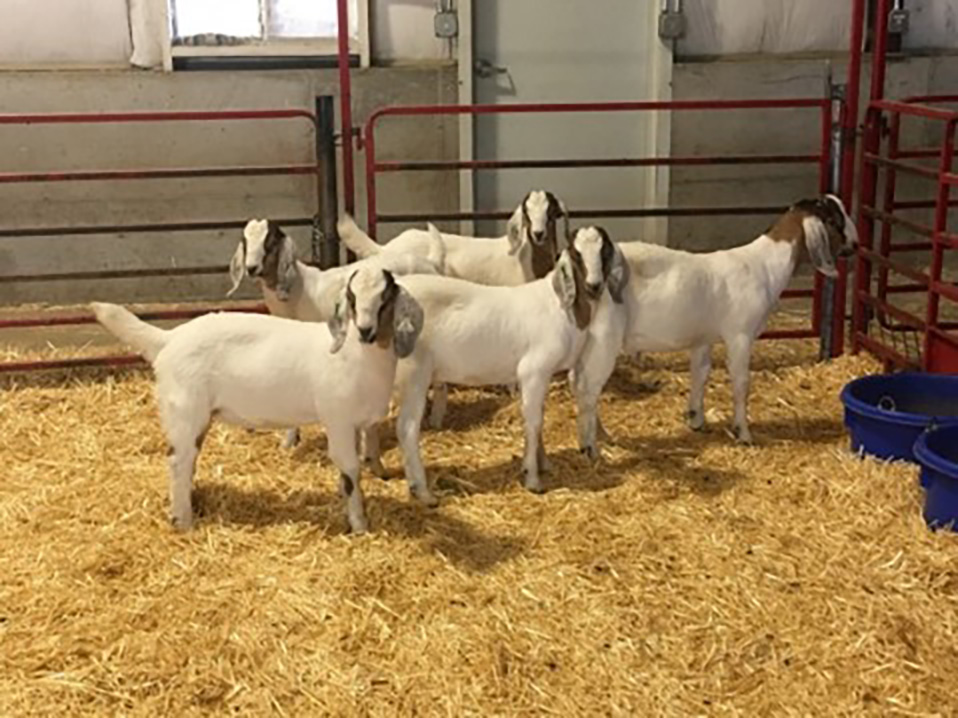 Indeed, the team showed that testicular structure and anatomy appeared normal in NANOS2-lacking male mice, pigs, goats (known as bucks), and cattle, yet the germline cells were missing.

When the testes of the mice, pigs, and goats were then provided with spermatogonial stem cells harvested from healthy, unrelated donors, sperm production was reinstated a few months later. Stem cell transplants were not performed in the cattle. Interestingly, immune rejection of the donor cells was not a problem, says Oatley. Although he is not sure why this was the case, it could be due to the immune privileged status of mammalian testes, he suggests.

In the case of the mice, the replenished sperm were shown to be functional. The transplanted animals could mate with females and produce offspring as early as two-and-a-half months after the transplant procedure. Non-transplanted male NANOS2-lacking mice never produced offspring. The team is now working on similar mating experiments in the livestock.

While the approach will need further refinement and regulatory approval before it can be applied to livestock, says Oatley, its further development has potential applications beyond the farmyard. Surrogate sire technology may be useful for the preservation of endangered species, suggests Hansen. And, spermatogonial stem cell harvesting and transplantation may provide an opportunity for men and boys facing chemotherapy to safeguard their future fertility, adds Lord.

Ultimately, she says, the technique “has implications spanning human medicine, agriculture and conservation of wildlife species.”