Fewer than 10 percent of dialysis patients sampled in the US showed signs of having had COVID-19 as of late July, a sign that much of the population remains susceptible to the novel coronavirus, according to one of the largest studies of its kind published Friday (September 25) in The Lancet.

Researchers studied the prevalence of antibodies against SARS-CoV-2 in a random subset of thousands of dialysis patients across the country. Their findings do not indicate exactly how many in the US are immune to the virus, as it is unclear how long immunity lasts and not every infected individual develops antibodies.

“We are still in the middle of the fight,” Eli Rosenberg, an epidemiologist at the State University of New York at Albany who was not part of the study, tells The Washington Post. “We’re all tired, and we’re all hoping for a vaccine. This shows us how it’s not over here, not even by a long shot.”

Researchers from Stanford University and Ascend Clinical, a laboratory that processes tests for kidney dialysis patients, studied leftover blood plasma samples from 28,500 patients who underwent dialysis at any of 1,300 centers across 46 states in July. Dialysis patients undergo routine monthly laboratory studies, making it easy for researchers to gather samples.

The plasma indicated that about 8 percent had antibodies against SARS-CoV-2, which extrapolates to about 9 percent of all US adults, according to Stanford biostatistician and study coauthor Maria Montez-Rath, who used patient demographics to translate that result to the broader population.

Despite more than 7 million documented US coronavirus cases, the results suggest that the country is nowhere near the herd immunity threshold required to prevent large-scale resurgences of the virus. Researchers have not yet determined the ideal number of the populace that would need immunity, but some epidemiologists have estimated it to be upward of 75 percent, Shweta Bansal, a Georgetown University epidemiologist, told Vox.

Infectious disease doctor Barnaby Flower and public health expert Christina Atchison, Imperial College London researchers who were not involved with the study, describe in an accompanying comment in The Lancet the limitations of studying only dialysis patients.

“Attending a health-care facility three times a week would seem like a good way to encounter SARS-CoV-2, as has been shown elsewhere,” they write, which would mean researchers overestimated the population with antibodies. But, they also concede that the authors could have undercounted, as patients who require dialysis are more likely to die of the virus and, therefore, would be excluded from the study. 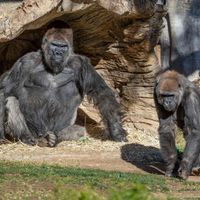