As a fire blazed at the Museu Nacional of Rio de Janeiro in Brazil on Sunday (September 2), Paulo Buckup and other museum staff dove into the burning building to rescue whatever specimens they could grab. A technician responsible for the shellfish collection at the museum led them through the dark to save the precious shells—representatives of their species that were used for the original descriptions of the animals in South America, some of which are now extinct. Fortunately, Buckup and the others made it out safely, along with the shells, but countless other precious items perished.

As the fifth largest museum in the world, the Museu Nacional housed more than 20 million items, including dinosaur bones, early human remains, unique indigenous objects, a vast collection of corals, Egyptian mummies and artefacts, invertebrate specimens, seashells, and more. But most of this cultural and scientific treasure...

Buckup, who studies fish evolution and biodiversity, luckily did not have his collection destroyed because the vertebrate lab is located in an annex building that was saved. Other colleagues were not so fortunate. “Our job now is to find room in the annex buildings to relocate our colleagues who have lost everything in the fire,” he tells The Scientist (translated from Portuguese).

The museum belongs to the Federal University of Rio de Janeiro. It hosts numerous research groups and offers graduate programs in social anthropology, archaeology, geology and palaeontology, botany, and zoology.

José Pombal, a herpetologist at the National Museum, says he fears that the loss of the museum’s collections may condemn the museum’s research groups into oblivion. “We are all working very hard to re-install all groups so people can move on with their research projects,” he says (translated from Portuguese). 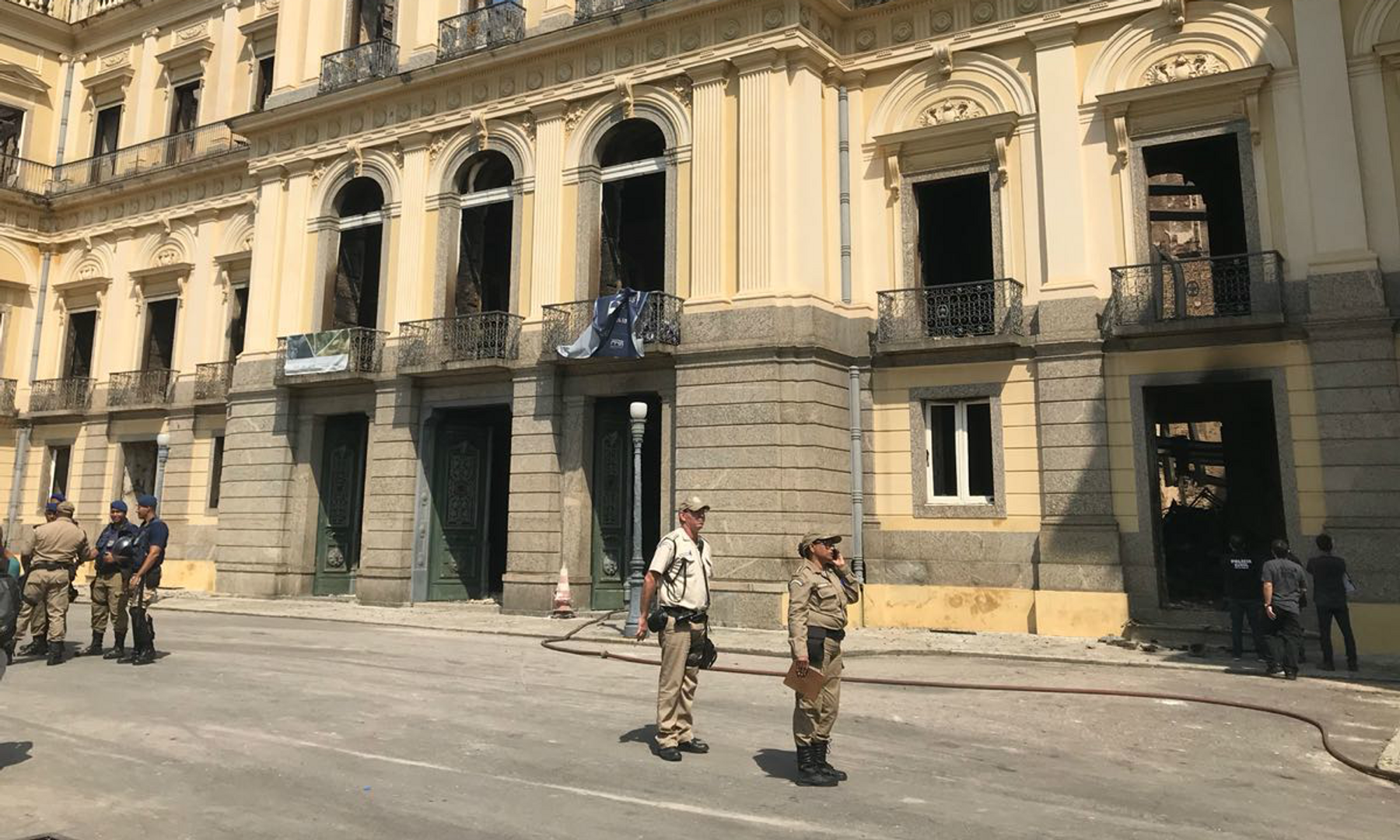 The museum is still cataloguing the extent of the destruction. Among the items lost were those on display in the museum’s main building, which included many irreplaceable entomological and anthropological items such as Eskimos’ vests dating back to the 19th century, objects collected during the first encounters with indigenous populations in South America, and what once constituted the largest collection of Egyptian artefacts in Latin America.

The skeleton of a woman named Luzia found in 1974 in Brazil by French archaeologist Annette Laming-Emperaire also perished. Considered to be the oldest human remains ever found in Latin America, the skeleton and its analysis by biologist Walter Neves led to the idea that two distinct waves of people colonized the American continent. Luzia represented the first wave, living in Brazil around 11,000 years ago.

“Luzia was critical to understanding the peopling of the Americas. She represented the most securely dated and provocative evidence that people lived in the Americas more than 11,000 years before Columbus arrived,” affirms Frank L'Engle Williams, an anthropologist at Georgia State University who studies the origins of modern humans. “How terrible that this partial skeleton was lost to science!” he tells The Scientist.

Researchers in Brazil blame the tragedy on a funding crisis that has diminished funds provided to scientific institutions in the country in the last years. They say the aging building was not properly cared for because of the lack of money. The origin of the fire is under investigation.