Researchers also tried placing the worms on pigeons as part of a study aiming to uncover how the tiny invertebrates ended up all around the world.

More than 400 kilometers off the southwestern coast of Taiwan is the Dongsha Atoll, a nearly perfectly circular coral reef with a single bit of land, Dongsha Island (also known as Pratas Island), breaking through the ocean’s surface. Both the reef and the island boast impressive biodiversity, and the atoll and surrounding waters have been a designated marine park since 2007.

One of the creatures that calls the island home is the earthworm Pontodrilus litoralis. These little invertebrates—they can measure up to around 12 cm in length as adults, but are just 2 mm wide—are euryhaline, meaning they can tolerate a wide range of salinity conditions. They typically nestle within clumps of seagrass on the beach, although they can also burrow as far as 30 centimeters into the sand, which on this island is composed primarily of pulverized shells and coral. They’ve recently been shown to be bioluminescent, too.

Despite Dongsha’s remoteness, P. litoralis isn’t unique to the island—in fact, the worms could be considered globetrotters, considering that they’re found on seashores around the world, including in North America, the Mediterranean, the Caribbean, Australia, South India, and the Gulf of Oman, among others.

P. litoralis could not only survive in seawater for at least two months, but also grow, at least under some conditions.

When biologist Keryea Soong at National Sun Yat-sen University in Taiwan stumbled upon the worms on Dongsha Island, and then found them later on the Taiwanese coast, it got his group thinking about how the little creature had managed to spread so far and wide. When you’re on a remote island, Soong says, the one thing that keeps coming to mind is how various organisms got there. Unlike some marine worms and other invertebrates such as crabs and sea stars, P. litoralis doesn’t have a free-floating aquatic, or planktonic, stage, so “how could a small piece of meat travel [such a] long distance?” he asks. “How can that be possible?”

Soong and his then-graduate student Shiao-Yin Chen came up with a list of the most plausible hypotheses they could think of for how the worm might cross oceans, and then tested each of these hypotheses experimentally. 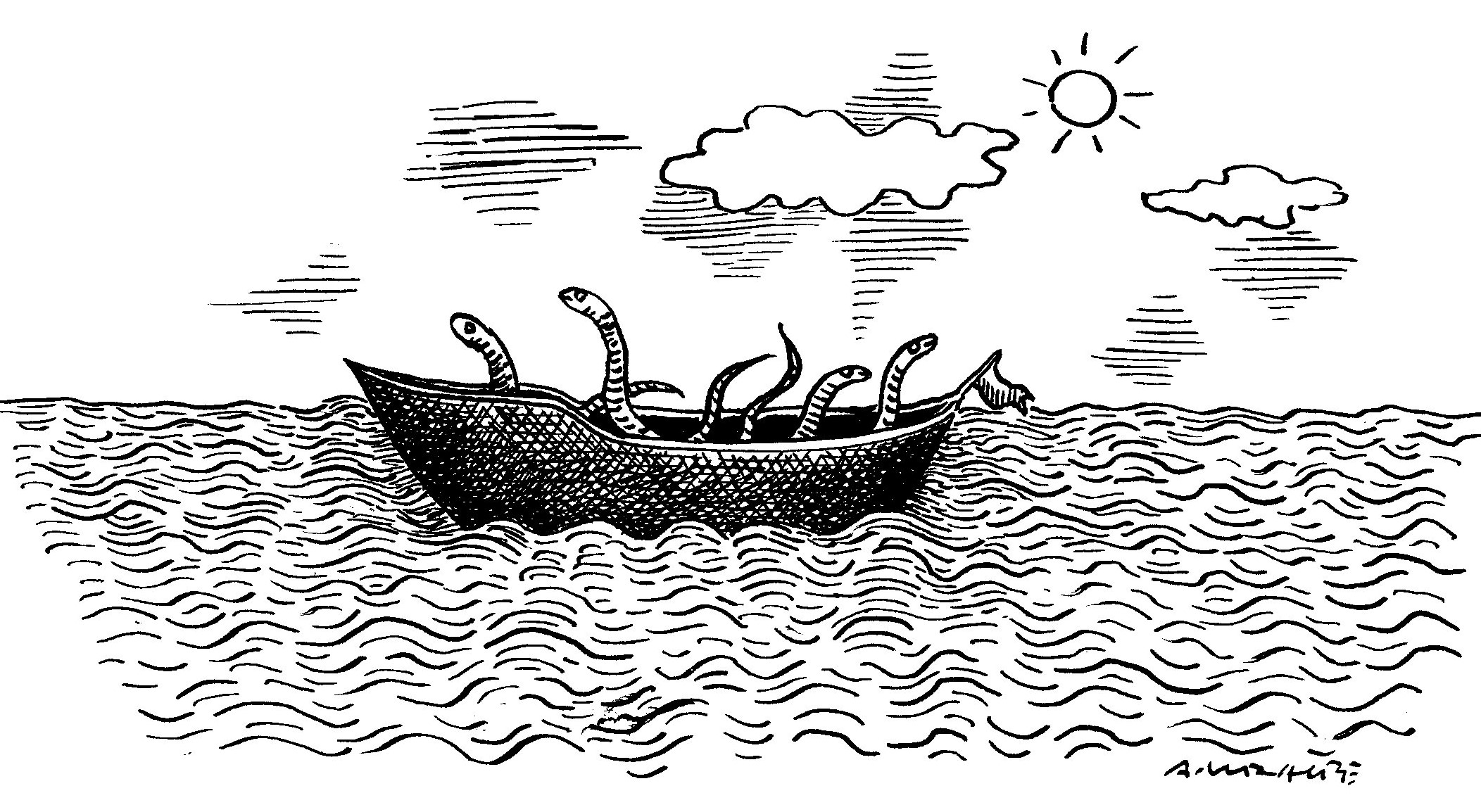 One thought they had was that humans might have been spreading the worms, perhaps by using them as fishing bait or by transplanting trees around islands to create wind-breaking groves. However, when they considered the worms’ slim figure, they determined that they were too small to make good bait. And although the researchers found P. litoralis amidst the human-planted beach groves, they also found the worms on beaches without them, suggesting that this wasn’t the primary method of spread.

Another hypothesis was that birds might be the vectors for the worms’ dispersal. To test this, the researchers recruited a pair of pigeons from a local shop and carefully placed the worms on their feet—to mimic how the worms might stick to the feet of seabirds pattering around on a beach, says coauthor Chia-Hsuan Hsu—or tucked them into their feathers and measured how long the worms stayed on while the birds were in cages. Inspecting the birds over the course of two hours, the team discovered that all but one (dead) worm had fallen off the pigeons, making it unlikely that the worms could have island-hopped via avian airmail.

Finally, the team hypothesized the worms could spread on floating vectors, such as seagrass or driftwood. By placing the worms in cloth bags, which they dunked and left floating either in beakers of seawater or in the island’s lagoon, the researchers found that P. litoralis could not only survive in seawater for at least two months, but also grow, at least under some conditions. 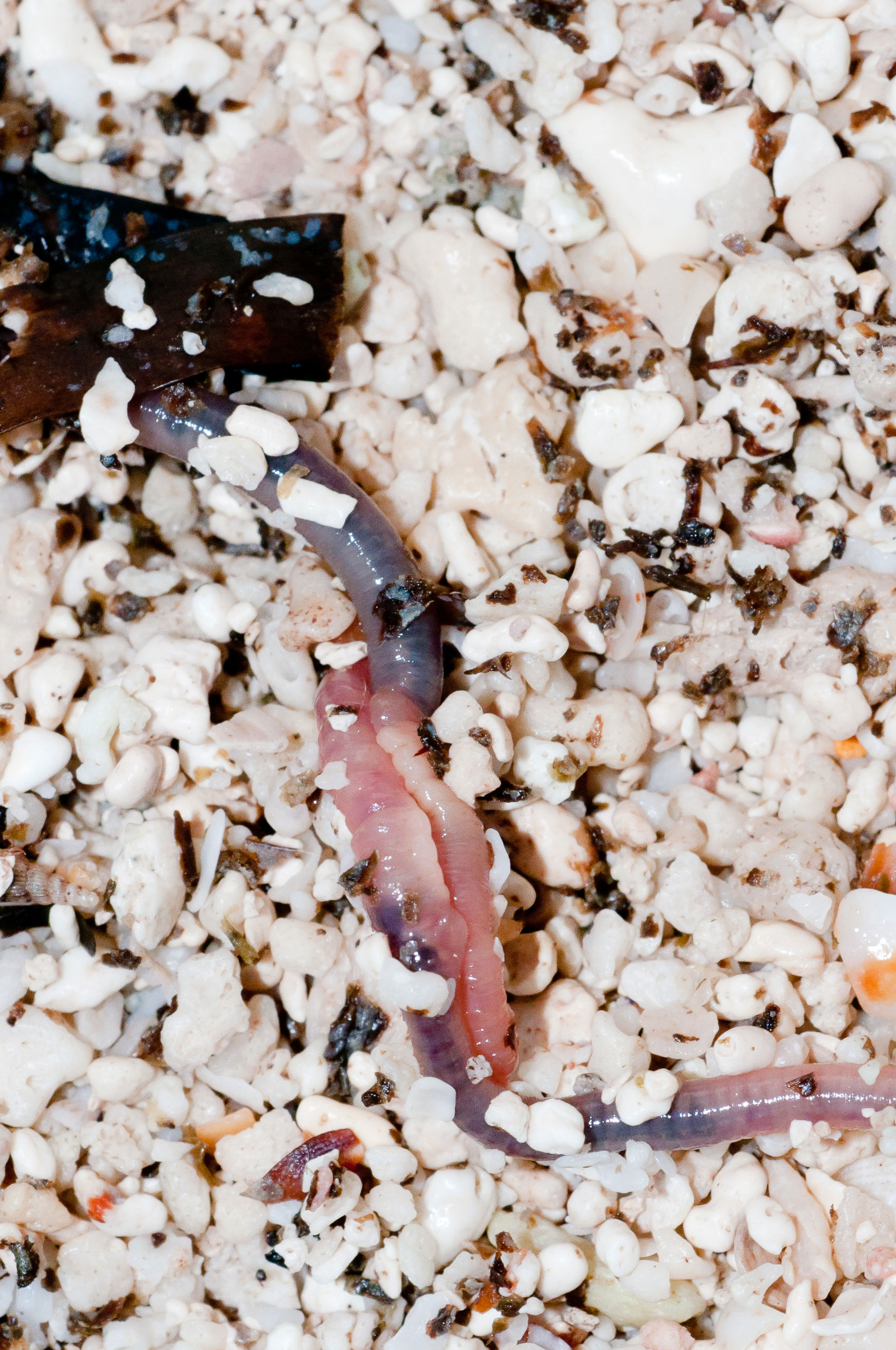 After 53 days at sea, the worms in cloth bags filled with experimental seagrass all died, while 20 percent of the experimental worms in bags with driftwood were able to survive, and an earlier experiment showed the worms could cling to floating blocks of wood for at least a few hours. Unexpectedly, the group found the highest worm survival (57 percent) among the control worms, which were placed in the bags with an extra piece of cloth. (The worms themselves do not float.)

“It really surprised us,” says Hsu, who is now a biologist at National Taiwan Normal University, “because when we see the earthworms in our gardens, we cannot imagine that this kind of creature can live in seawater.” That any worms were able to survive with the wood led the authors to conclude that of the scenarios they had tested, a wooden vector—either driftwood or wooden boats used by human mariners—was probably the most likely.

According Alan de Queiroz, a science writer and evolutionary biologist who was not involved in the study, experiments testing how well things survive in seawater date back at least to the time of Charles Darwin, who was also interested in how plants and animals made it to remote islands. Darwin took a bunch of seeds and put them in jars of salt water for a really long time, says de Queiroz, taking them out weeks or months later to see if they were still viable.

Despite a dip in interest in this type of research in the last century, dispersal studies have recently seen something of a revival, he adds, partly thanks to the advent of accessible DNA sequencing that can help reveal genetic relationships between distant populations. He says that genetic analyses comparing different P. litoralis populations might help Soong’s group determine how long ago the populations diverged, possibly offering additional clues as to when and how dispersal occurred.

Beyond its value in evolutionary biology, studying worm dispersal has practical implications as well: P. litoralis is considered invasive in Taiwan, the authors note in their paper. Despite their small size, invasive earthworms aren’t to be trifled with, says Erin Cameron, an ecologist at St. Mary’s University in Nova Scotia who was not involved with the study. “They have large impacts on ecosystems,” she says, describing earthworms as ecosystem engineers. “They change the structure and function of ecosystems . . . and then often the species composition and biodiversity.”

Cameron has studied how invasive earthworms can wreak havoc with their voracious appetites in boreal forests. While worms are often lauded for their decomposing abilities, she adds, sometimes they destroy habitats for other creatures living in the leaf letter and organic debris. Soong tells The Scientist in an email that he doesn’t think P. litoralis has displaced any local species on Dongsha Island.

Cameron says that she thinks the authors did a good job of identifying the key ways that earthworms would disperse among islands, but notes that they only studied adults and didn’t look at the worm’s egg casings to see how they could spread.

Hsu agrees that this life stage could possibly be the most important part in the worm dispersal, and says he spent several days combing the beach for egg casings, turning over pieces of driftwood and inspecting them for P. litoralis eggs, but to no avail. Perhaps they were too small for them to spot, he tells The Scientist. “I couldn’t find [them] anywhere.”