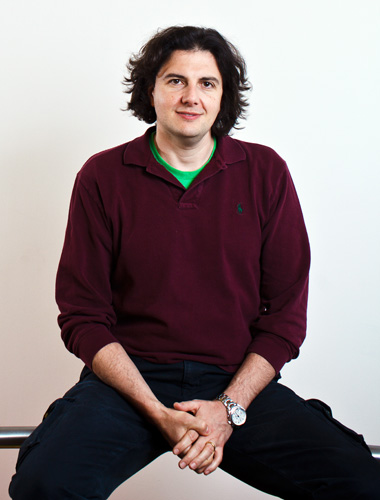 As a 24-year-old MD-PhD student joining the Johns Hopkins University lab of neuroscientist Solomon Snyder in the early 1990s, David Sabatini was allowed to work on any project he chose.

Instead of tackling one of the lab's on-going research questions, however, Sabatini focused on a small molecule known as rapamycin that lab mates were using as a control in some experiments.

Isolated in the 1970s from a soil bacterium, rapamycin was known to have powerful antifungal, anticancer, and immunosuppressant effects in mammals and yeast. "It had these profound clinical effects in many diseases and yet there was very little known about it," says Sabatini. He had a hunch that identifying the molecular target of rapamycin in mammals might elucidate a cellular pathway of fundamental importance.

"It's rare that the big questions come from the students and not from the mentors," says Snyder. "That was the case with David...

METHODS: Sabatini succeeded in purifying a protein from rat brains, a serine/threonine kinase, that bound to a complex formed by rapamycin and a small intracellular protein called FKBP12. That protein kinase, now known as the mechanistic target of rapamycin (mTOR),1 turned out to be a master regulator of protein translation, cell growth, and proliferation. mTOR’s downstream pathway has been associated with cancer, diabetes, and aging.

In 1997 Sabatini started his own lab as a fellow at the Whitehead Institute for Biomedical Research in Cambridge, Massachusetts, where he continued to study mTOR and its signaling pathway. There, his team discovered that mTOR formed two distinct multiprotein complexes known as mTORC1 and mTORC2, each with its own up- and downstream signaling cascades.2

RESULTS: Sabatini showed that mTORC2 directly phosphorylates the well-characterized Akt kinase,3 which regulates fundamental cellular processes such as apoptosis, insulin signaling, and glucose metabolism, and which is overly active in many cancers.

Recently, Sabatini’s lab has been focusing more on mTORC1, which responds to a wide array of cellular signals including growth factors, nutrients, DNA damage, and energy levels. In 2008 he discovered that a group of enzymes known as Rag GTPases bind to one of the protein components of mTORC1 and serve as key mediators that sense the amino acid input of a cell.4 “It wouldn’t be surprising if we find that the Rag pathway is also deregulated in cancer,” he says.

DISCUSSION: Sabatini’s success is due in part to his refusal to do what his Harvard University collaborator John Blenis calls “hit-and-run science.”

“He really has grabbed on to the mTOR signaling system and really helped to understand how it’s regulated and how it’s signaled,” Blenis says.

“More than 90 percent of the discoveries that have made mTOR one of the hottest proteins in the whole world have been largely his work,” Snyder adds.