The biologist’s undergraduate-centered lab allows students to play a meaningful role in research.

ABOVE: Applewhite demonstrates microscopy techniques to a student in the lab.
© REED COLLEGE

At his mother’s insistence, Derek Applewhite, who grew up in a suburb of Boulder, Colorado, participated in a summer program for high school students to do a six-week-long research internship at Colorado State University. He spent his summer doing veterinary research in a small team, trying to understand why certain hip replacements for dogs were failing. As maple wood is biomechanically similar to bone, Applewhite took several chunks of maple, drilled into the wood, and installed artificial dog hips. Then, he would twist and torque the implants, testing their torsional strength. In addition to the research itself, he loved the collaborative approach to problem-solving.

However, Applewhite stayed focused on athletics in high school, and he ultimately earned a scholarship from the University of Michigan to run track. Practicing up to six hours a day made it virtually impossible to gain any research experience as an undergrad. But his mother again directed him to a summer research program, this time at the University of Colorado, where he worked on plant genetics, and another the following summer at the University of Washington, where he studied organic chemistry. Those experiences and his excitement for biology compelled him to apply for graduate programs in the field. 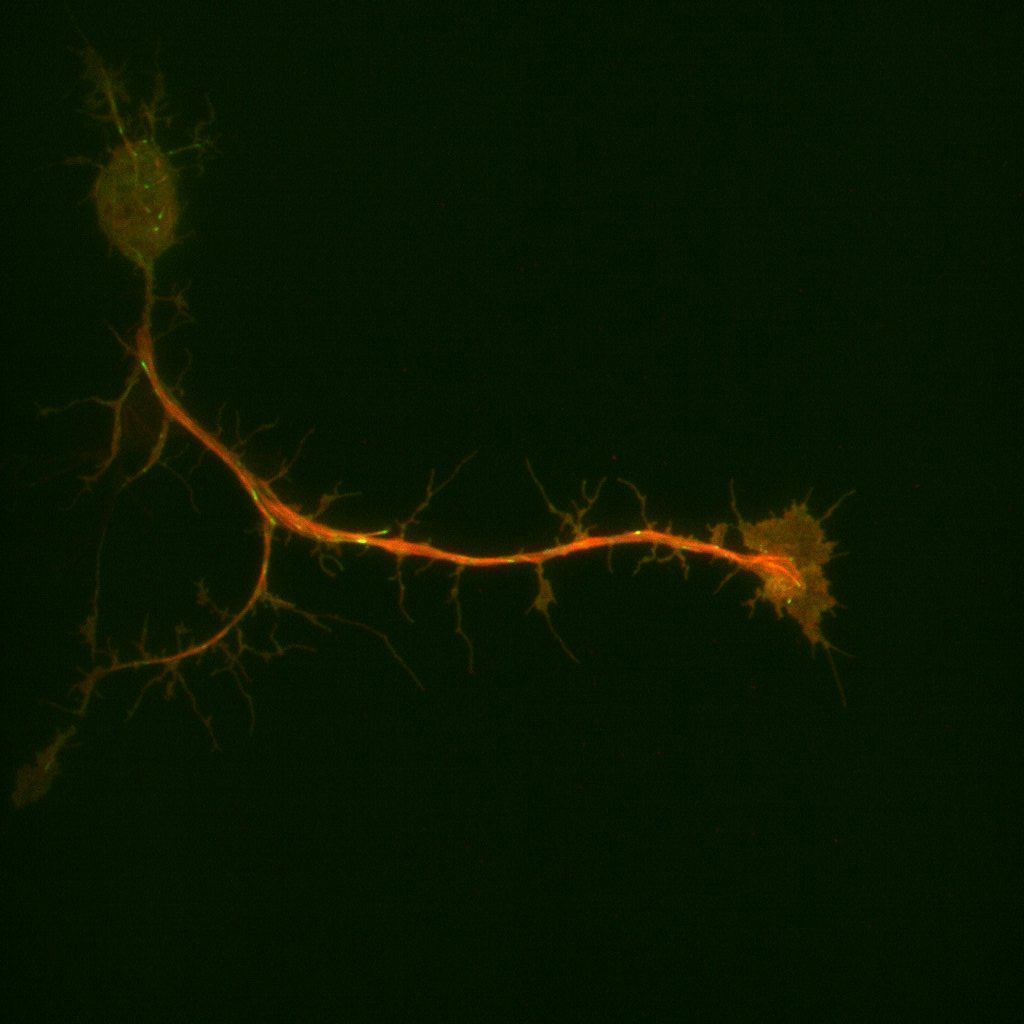 Applewhite’s lab investigated the regulation of the dynamics of growth cones—structures on neural cells composed of filopodia and lamellipodia that seek out a synaptic connection. Pictured above is a Drosophila axon with tubulin (red) and a microtubule binding protein called EGFP-EB1 (green). The development and movement of these proteins are largely dependent on the growth cone.
OLIVE PERRY, APPLEWHITE LAB

During his senior year in 2002, Applewhite spent his spring break visiting Northwestern University near Chicago. His tour of the campus was given by a Black woman, which he would later see as an intelligent move on the university’s part. “I think they were really smart about pairing me up with another person of color,” Applewhite says, noting how few other Black graduate students there were studying biology. Once he started his PhD at Northwestern that fall, he would regularly gather for dinner with a small group of other Black graduate students in his department to commiserate on the challenges of being a person of color in science grad school. Applewhite also had a circle of friends in the LGBT community, who supported him in his new long-distance relationship with a medical student at Michigan named Ryan Fink, though he had not yet come out to all of the people he worked with.

Before landing in the lab of Gary Borisy, who focuses on actin microtubules and the cytoskeleton, Applewhite did exploratory stints in several labs, spending time studying the nucleoli of cancer cells as well as working with trypanosomes, a type of parasitic protozoa. But in Borisy’s group, Applewhite became excited about cell biology, a field he’d previously had lukewarm feelings about. Borisy, Applewhite recalls, presented the information in a new way with microscopy. “I imaged some cells for the first time, and they were moving, and I was like, ‘What? Cells move? I didn’t even know cells could move! Why would they move? How do cells move?’ I had so many questions that came to mind,” he says. For his PhD research, he uncovered how the relative abundance of certain proteins causes the cell to make lamellipodia, extensions of cell membrane and cytoplasm that protrude and retract to enable migration, or filopodia, cellular protrusions that extend beyond the network of lamellipodia and play a sensory role.

By the time Applewhite graduated in 2007, Fink was completing his medical residency at Duke University, so Applewhite began his postdoctoral studies at the nearby University of North Carolina at Chapel Hill. He spent nearly seven years as a postdoc in the lab of Steve Rogers, where he continued to work toward a better understanding of the dynamic mechanisms of cellular movement. Using Drosophila melanogaster as a model, Applewhite studied the regulation of a cytoskeletal protein called Short-stop (Shot), which plays a role in actin-microtubule crosslinking and is required for cell movement. 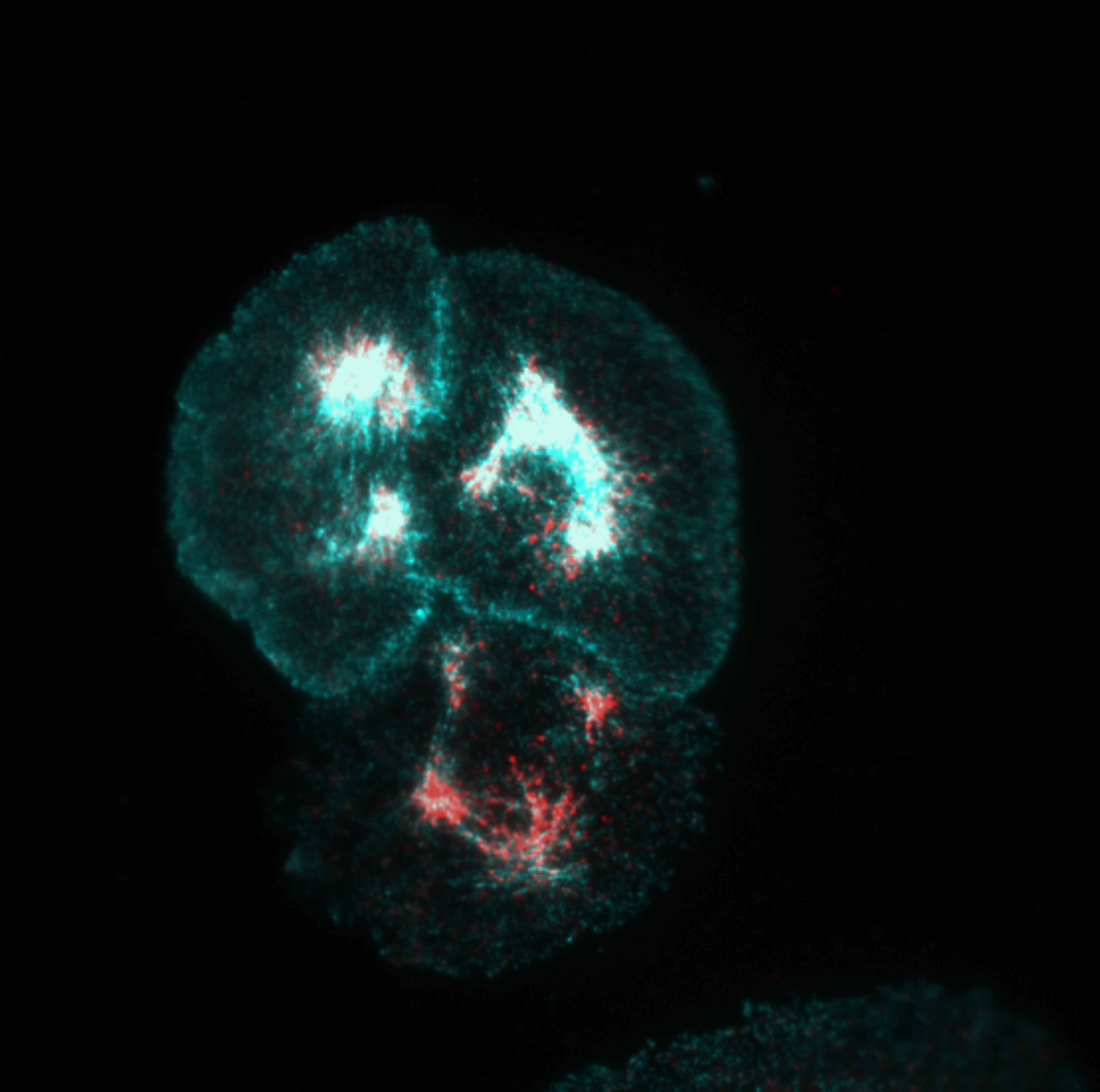 When the time came to start his own lab, Applewhite assumed he’d want to be at a large, research-focused university. However, his friend Omar Quintero, who now studies cell motility at the University of Richmond in Virginia, had been telling him about the advantages of primarily undergraduate institutions. In 2014, Applewhite took a job at Reed College, a small liberal arts school in Portland, Oregon, with fewer than 1,400 students. “I love introducing the next generation of scientists to [biology],” he says. “I think that’s probably the most important aspect of what I do . . . training students to be great scientists on their own.”

While some researchers might view working with undergraduates as a hindrance, “good science can happen anywhere there are good scientists,” Quintero tells The Scientist. He adds that he expects Applewhite’s lab, which focuses on cytoskeletal mobility regulation within Drosophila embryos, to continue to produce papers “with undergraduates as authentic contributors. They are continuing to move our understanding of actin and actin dynamics forward.” Recently, for example, Applewhite’s lab identified a gene in Drosophila that regulates a protein called cortactin, which influences lamellipodia movement.

Applewhite also serves on the newly formed American Society of Cell Biology’s LGBTQ+ Committee, which is charged with promoting inclusion and equality in the ranks of the field, and he speaks at seminars about inequality in science more generally. He says he has received an influx of invitations to speak following nationwide racial justice protests in the spring and summer of 2020, which he says he suspects is because he checks multiple minority boxes. “I’m Black, I’m gay, and also at a small institution,” he says, noting that he accepts the invites to push for lasting, systemic change. “I will continue to spread what I can while I have their attention. I am fully aware that that might be fleeting.”