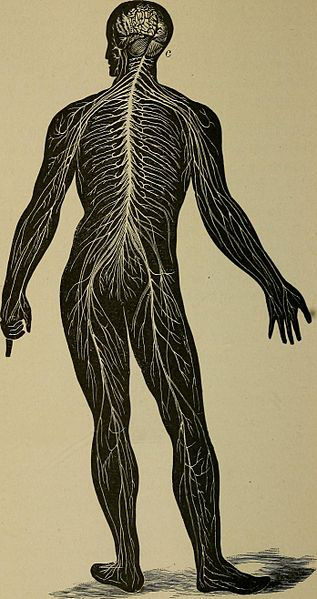 WIKIMEDIA, INTERNET ARCHIVE BOOK IMAGESOver the next decade, researchers will compile a comprehensive and freely available map of the cells of the human body, complete with descriptions about their anatomy and function, according to a global initiative launched last week (October 14) by a team at the Broad Institute of MIT and Harvard as well as the Wellcome Trust Sanger Institute in the U.K.

“We now have the tools to understand what we are composed of, which allows us to learn how our bodies work, and uncover how all these elements malfunction in disease,” the Broad Institute’s Aviv Regev, who has long advocated for such an atlas, told Reuters. “We believe that a successful description of all the cells in the healthy human body will impact almost every aspect of biology and medicine in the decades to come.”

The human body contains trillions of cells of diverse structures...

Supported by advances in single-cell genomics, the initiative will employ scientists around the world to detail all cells of the human body. The completed atlas will include information on every cell subtype, including what genes they express and how they change as we age. “Is every cell going to be its own special snowflake? I would say not,” Regev told The Atlantic. “They group into stable categories.”

Regev met with others interested in building such an atlas last week in London, and the group has received a funding commitment from the Chan-Zuckeberg Initiative, according to The Atlantic. Although the project still has skeptics, those involved express excitement about the launch. “At first people will say it’s impossible,” Sarah Teichmann of the Wellcome Trust Sanger Institute told The Atlantic. “Later, they’ll say it was obvious.”

“A comprehensive map detailing every single cell type of the human body has great potential for biology and medicine,” Mathias Uhlén, director and founder of the Human Protein Atlas project, and Emma Lundberg, director of the Cell Atlas sub-project scheduled to be released in December, told The Scientist. “Such an effort would indeed complement the efforts in the Human Protein Atlas project, where we have over the past 10 years mapped the proteomes of human tissues, organs, cells, and organelles.”