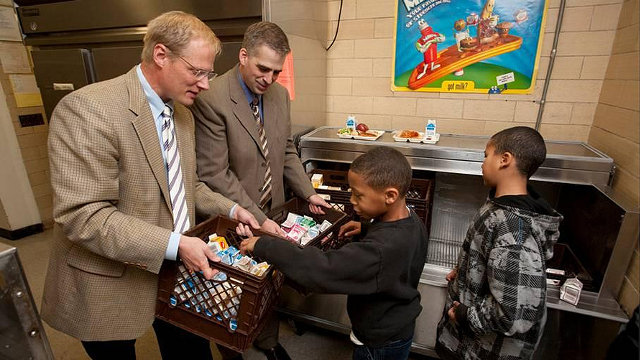 Emails between Cornell University food scientist Brian Wansink and his collaborators that were obtained by Buzzfeed contain multiple discussions of how to extract seemingly meaningful results from initially lackluster data. The revelations, reported this week (February 26), add to growing criticism of the practices of the prominent researcher, who is known for well-publicized findings on the impact of cues, such as buckets of stale popcorn and bottomless bowls of soup, on human behavior.

Scrutiny of Wansink’s work was initially sparked by a blog entry he posted in November 2016 titled “The Grad Student Who Never Said ‘No,’” in which he lauds a visiting graduate student for her hard work, writing in part, “When she arrived, I...

Wansink responded with a statement in April 2017. “I, of course, take accuracy and replication of our research results very seriously,” he wrote. “In addition to working with my lab and my peers at Cornell University on a thorough review of previous work, I have developed a robust new set of Standard Operating Procedures for the Food and Brand Lab.” But the controversy continued: Several of Wansink’s papers were corrected and six have been retracted, and in September, Buzzfeed reported that findings from flawed studies had been used in the design of the multimillion-dollar Smarter Lunchrooms Movement, a federal program to promote healthy eating.

In its more recent report, Buzzfeed quotes email correspondence between Wansink and his coauthors. To the visiting graduate student analyzing the buffet results, he writes, “I don’t think I’ve ever done an interesting study where the data ‘came out’ the first time I looked at it.” In another, coauthor Collin Payne of New Mexico State University writes, “I have attached some initial results of the kid study to this message for your report. . . Do not despair. It looks like stickers on fruit may work (with a bit more wizardry).”

“It does very much seem like this Brian Wansink investigator is a consistent and repeated offender of statistics,” Susan Wei, a biostatistician at the University of Minnesota, tells Buzzfeed. “He’s so brazen about it, I can’t tell if he’s just bad at statistical thinking, or he knows that what he’s doing is scientifically unsound but he goes ahead anyway.”

Cornell University has not issued a public statement in response to the new revelations. A statement about Wansink posted on its website in April 2017 has been removed.