Among a number of concerns is Pruitt’s townhouse rental in Washington, D.C., that raised some eyebrows—both for its bargain, $50-per-night fee and for the property’s owner, the wife a man who runs a lobbying firm, Williams & Jensen. That lobbying firm’s client, The New York Times reports, benefitted from an EPA decision last year while Pruitt was residing at the home. In March 2017, the agency approved a pipeline expansion by energy firm Enbridge, which is represented by lobbyists at Williams & Jensen.

“The people at the E.P.A. are charged with following the science and facts as it applies to individual decisions,” Cynthia Giles, an assistant administrator during Barack Obama’s administration, tells the Times. The appearance of exchanging favors with lobbyists “is just not good judgment.”

Spokespersons for Pruitt and Williams & Johnson say there was no involvement between the two regarding the agency’s decision. According to CNN, the White House is reviewing the matter.

Pruitt’s travel habits are also being scrutinized. The EPA inspector general is looking into flights that taxpayers covered for Pruitt to visit his home state of Oklahoma. Politico reported in March that Pruitt traveled by first class to the tune of $105,000 in his first year. And The Washington Post revealed yesterday (April 2) that the EPA had considered leasing a $100,000-per-month private jet for the agency’s leader.

The agency maintains that the costs of Pruitt’s travel were justified.

The Atlantic broke the news today that Pruitt managed to get two political appointees large raises even after the White House reportedly declined the request. Pruitt’s team used a provision in the Safe Drinking Water Act to reappoint the aids with the same job duties, but massively larger paychecks. A senior counsel at the EPA saw her income increase $56,765, while the salary of the agency’s scheduling director salary rose $28,130.

“[The Safe Drinking Water Act] can be a legitimate way to bring on skilled experts the EPA needs to protect Americans’ health and safety, but Administrator Pruitt seems more interested in using it to skirt ethics requirements, like the president’s order banning hires from working on matters involving former employers or clients,” Senator Sheldon Whitehouse (D-RI) says in a statement, according to The Atlantic.

Other administration leaders whose ethics came under fire—such as Health and Human Services Secretary Tom Price, for his extravagant flights, and Centers for Disease Control and Prevention Director Brenda Fitzgerald, for investments in tobacco companies—ultimately left their positions. One source tells CNN that President Donald Trump isn’t pleased with Pruitt, and Politico reports that Chief of Staff John Kelly has considered firing the administrator. 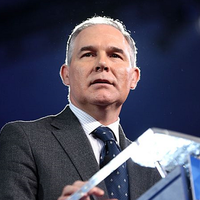 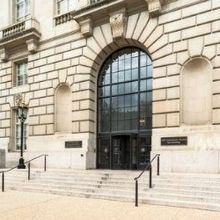