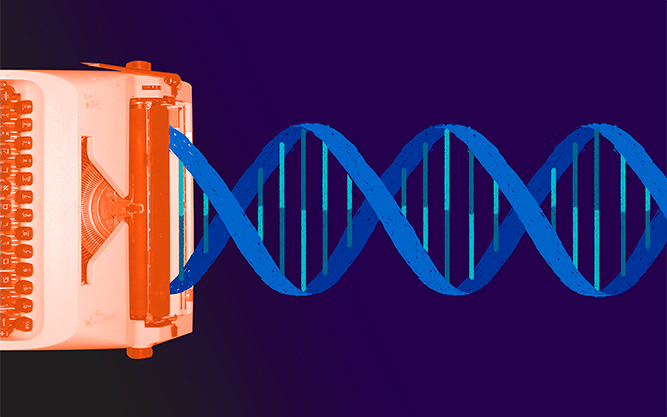 © BRYAN SATALINOUpdate (April 13): The University of California, Berkeley, has filed an appeal with the US Court of Appeals for the Federal Circuit in Washington, DC, challenging the February ruling of the US Patent and Trademark Office’s Patent Trial and Appeal Board (PTAB), which determined that the patent issued in 2014 for Feng Zhang and colleagues’ work on CRISPR gene-editing technology at the Broad Institute of MIT and Harvard does not directly compete with a patent filed previously by the UC Berkeley team. In other words, the PTAB ruled that the two parties’ claims were separately patentable.

“Ultimately, we expect to establish definitively that the team led by Jennifer Doudna and Emmanuelle Charpentier was the first to engineer CRISPR-Cas9 for use in all types of environments, including in non-cellular settings and within plant, animal and even human cells,” molecular and cell biologist Edward Penhoet, associate dean of biology...

But in a statement from the Broad, Chief Communications Officer Lee McGuire expressed confidence in the institute’s existing CRISPR patent. “Given that the facts have not changed, we expect the outcome will once again be the same,” he said. “To overturn the PTAB decision, the Court would need to decide that the PTAB committed an error of law or lacked substantial evidence to reach its decision. Given the careful and extensive factual findings in the PTAB’s decision, this seems unlikely.”

US Patent and Trademark Office’s Patent Trial and Appeal Board (PTAB) today (February 15) issued a ruling on a patent dispute regarding CRISPR gene editing. The judges declared that the work by Jennifer Doudna of the University of California, Berkeley, and colleagues (including Emmanuelle Charpentier, then at the University of Vienna) does not directly compete with the work of Feng Zhang at the Broad Institute of MIT and Harvard, which was granted the original CRISPR patent in April 2014.

“Broad has persuaded us that the parties claim patentably distinct subject matter,” the court wrote in its 51-page decision (which accompanied its two-page order). “Broad provided sufficient evidence to show that its claims, which are all limited to CRISPR-Cas9 systems in a eukaryotic environment, are not drawn to the same invention as UC’s claims, which are all directed to CRISPR-Cas9 systems not restricted to any environment.”

“It looks like Broad has the decisive victory in this case,” Jake Sherkow of New York Law School told The Scientist.

UC Berkeley said that, while it “respects” today’s ruling and is “pleased” that its patent application can now move forward, the university is considering “all options for possible next steps in this legal process, including the possibility of an appeal of the PTAB’s decision,” a statement read. “We continue to maintain that the evidence overwhelmingly supports our position that the Doudna/Charpentier team was the first group to invent this technology for use in all settings and all cell types.”

If UC Berkeley does appeal to the US Court of Appeals for the Federal Circuit, “those cases take roughly a year from soup to nuts,” said Sherkow. In that circumstance, a decision would likely come from the appellate court “sometime in February or March of next year.”

The patent battle between the institutions over CRISPR technology started in January 2016, when the PTAB granted UC Berkeley’s request for a patent interference between its filed application for the use of CRISPR technology in vitro and in prokaryotes and Zhang’s patent that specifically described the use of CRISPR in eukaryotes. In December, the court heard the only oral arguments to be given on the case. UC Berkeley’s lawyer argued that Zhang’s accomplishments in eukaryotes were an obvious extrapolation of Doudna and Charpentier’s work, and the Broad’s patent thus interfered with the earlier application; the Broad’s lawyer argued that it wasn’t obvious, and Zhang’s work deserved the patent that it was granted.

“[The ruling is] obviously very good news for Broad, and a considerable narrowing of the UC patent application’s likely claims,” said Bob Cook-Deegan, a science policy expert at Arizona State University, who noted this may represent a trend in how groups pursue patents for their work. “This decision makes it seem like UC’s very broad patent claims, and their effort to claim all uses of CRISPR-Cas9 represents a more traditional, and probably outdated, strategy of staking out ‘pioneer’ patents that, in effect, claim a discovery and all its applications. The trend in patenting seems to be toward narrower patents that are on tangible inventions.”

The Broad Institute and its partners have a total of 14 CRISPR-related patents. “Consistent with our founding principle to propel the understanding and treatment of disease, Broad Institute and our partner organizations will continue to work to disseminate and share CRISPR genome editing tools to maximize public benefit,” the Broad wrote in a statement.