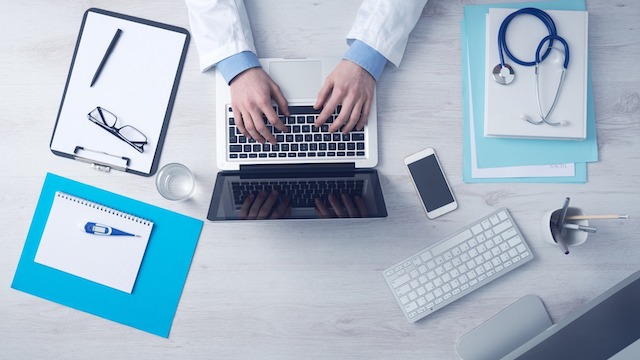 The FDAAA TrialsTracker, an automated online watchdog that provides daily updates of clinical trials that are noncompliant with legal reporting requirements in the U.S., debuted this week (February 19).

This is the second instalment of TrialsTracker, which was unveiled by researchers at the University of Oxford’s Evidence-Based Medicine (EBM) DataLab in 2016. That site monitored all clinical trials registered on clinicaltrials.gov. The new version follows only those studies required to be reported by the FDA Amendments Act (FDAAA), under which investigators are to file the results of certain clinical trials, such as those involving drugs and devices, on clinicaltrials.gov within 12 months of completion. Although the law initially came into effect in 2007, the Final Rule in 2016 expanded and clarified its requirements.

“We wanted to build a standalone tool that looks specifically at the narrow, but very important, question of whether organizations, universities, and...

Although FDAAA was meant to improve trial reporting, audits in recent years have found that the rate of compliance is only about 20 percent, Goldacre says. “There’s no evidence yet that the FDA, as far as I’m aware, are policing transgressions,” he adds. “I think if the government isn’t going to penalize people who fail to publish their trials, then public accountability is probably the best tool we have.”

Many researchers in the current system see this as an administrative step—they don’t see this as a part of the scientific process or they don’t necessarily see the value of doing it.

A spokesperson for the FDA, Lauren Smith Dyer, tells The Scientist in an emailed statement that the agency had not yet had the opportunity to fully review the new tool. “Assessing whether a responsible party has complied with the requirements of [FDAAA and the Final Rule] requires significant analysis of both public and non-public information,” she writes. “As a result, the FDA intends to assess compliance with the requirements on a case-by-case basis.”

Jennifer Miller, a bioethicist at New York University’s School of Medicine who wasn’t involved in developing the tool, notes that it’s not entirely clear whether the FDAAA TrialsTracker is able to absorb the “complexities and ambiguities” of the Final Rule. “I know a lot of companies and trial funders are working hard to understand what those are,” she adds. “If you really want to encourage compliance you have to look at the whole law.”

“I think it’s important to update results on a regular basis because we’re not here to throw stones, we’re here to improve quality in the system of medicine, so we want to give people a way out,” Goldacre says. “We want to make it easy and appealing for them to report their results and get credit for that as quickly as possible.”

Goldacre adds that the team has already seen results. Imperial College London, which was one of the institutions named for being noncompliant with FDAAA rules, told The BBC that since appearing on the tracker this week it had investigated the problem and updated clinicaltrials.gov with the missing data.

The first version of TrialsTracker had also motivated some institutions to improve. For example, the Ottawa Hospital Research Institute (OHRI) in Canada took action shortly after TrialsTracker released data indicating that more than 60 percent of its trials were unreported: Institution staff contacted researchers to remind them to release outstanding results, added a requirement for investigators to indicate that they had posted their findings on clinicaltrials.gov in study completion reports, and provided workshops to educate trialists about the value of publishing data in a transparent and timely fashion.

“In general, researchers weren’t even aware of the need to do this, so when made aware, some quickly ensured their records were up to date,” says Kelly Cobey, a research associate at OHRI. “Many researchers in the current system see this as an administrative step—they don’t see this as a part of the scientific process or they don’t necessarily see the value of doing it.”

Cobey notes that trial reporting is more difficult to enforce in Canada than in the U.S. because of the lack of clear requirements for reporting and registration akin to those outlined by FDAAA and the Final Rule. “In Canada, we don't have firm end dates for trial reporting. It’s very vague, so it’s difficult for us to mandate from a policy perspective,” Cobey tells The Scientist.

Although the new FDAAA TrailsTracker monitors whether clinical trial sponsors abide by the law, a “second, equally important issue is compliance with the simple, ethical imperative that you must report the results of all clinical trials,” Goldacre says. He and his colleagues are currently working on building additional trackers, including one that examines adherence to European Union reporting rules.