ABOVE: Hot, arid conditions are ideal for creating petrichor after a brief rain.
© ISTOCK.COM, PANYA RIAMTHAISONG

After long periods of drought or heat, even a brief rain shower brings a welcome respite while filling the air with a rich, earthy scent. The rain doesn’t actually provide any scent itself; rather, the impact of the drops on rocks and soil splashes an oily, bacteria-made substance into the air, creating that distinctive aroma now known by the name of petrichor.

But while scientists and perfumers have been familiar with this scent since the late 1800s, it wasn’t properly defined until 1964 when Isabel “Joy” Bear and Richard Thomas, chemists at Australia’s Commonwealth Scientific and Industrial Research Organisation (CSIRO), published “Nature of Argillaceous Odour” in Nature. 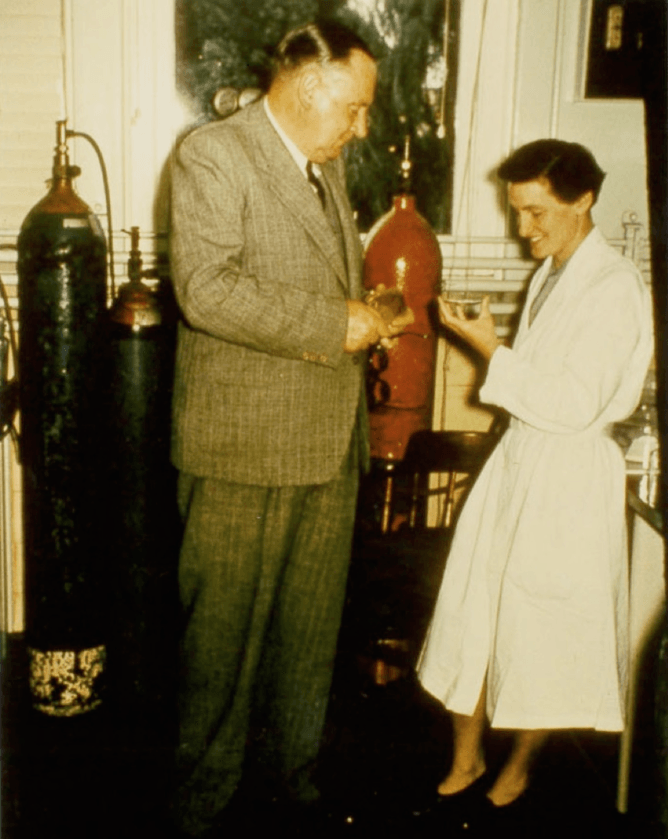 “Argillaceous” is a geological term meaning that something contains or resembles clay, but it didn’t seem to be the best fit, as the duo came to realize that the phenomenon occurs in a wide variety of materials. In their study, the researchers examined several stone and soil types from around the globe—including basaltic rock from an Australian volcano and a clay from India used to synthesize an “Earth perfume” called mitti attar—and found that many produced a similar scent when wetted. Instead, Bear and Thomas offered the word “petrichor,” a portmanteau of the Greek words petra (rock) and ichor (blood of gods), to mean a “‘tenuous essence’ derived from rock or stone,” they write in the paper.

The pair isolated, analyzed, and characterized the main substance responsible for the scent, finding that its molecular structure contains a number of functional groups that contribute to the complex aroma. This highly aromatic compound would itself be dubbed geosmin, an “Earthy-smelling substance,” in an unrelated paper the following year. Geosmin is a terpene, the authors concluded, a class of molecules also produced by many plants, and plant terpenes also contribute to the post-rain aroma.

In 2015, researchers at MIT published a study in Nature explaining just how geosmin becomes aerosolized during rainstorms. When water droplets fall onto a dry, porous surface, air gets trapped underneath as bubbles, which quickly rupture and shoot aerosol streams upwards. The group also found that if the porous surface becomes saturated, the pores fill with water and bubbles will not form. This explains why petrichor is commonly smelled after a brief rain shower but not after a lengthy downpour.

In addition to how geosmin contributes to petrichor, researchers want to understand why the compound is so common and what its ecological function might be. The scientists who named geosmin in 1965 had isolated the molecule from a group of bacteria called Streptomyces that are among the most numerous soil microorganisms. As it turns out, herein lies the secret to geosmin’s ubiquity. While bacterial species tend to produce distinct compounds, “every species of Streptomyces makes geosmin,” molecular microbiologist Mark Buttner of the John Innes Center in the UK, tells The Scientist.

Last year, Buttner and his colleagues suggested one possible role for the compound: bacterial hitchhiking. The study, published in Nature Microbiology, found that a tiny insect called a springtail is attracted to the smell of geosmin, and that geosmin production is “directly controlled” by transcription factors related to the production of bacterial spores, Buttner says. When the insects come to feed on Streptomyces, the spores catch a ride to another location.