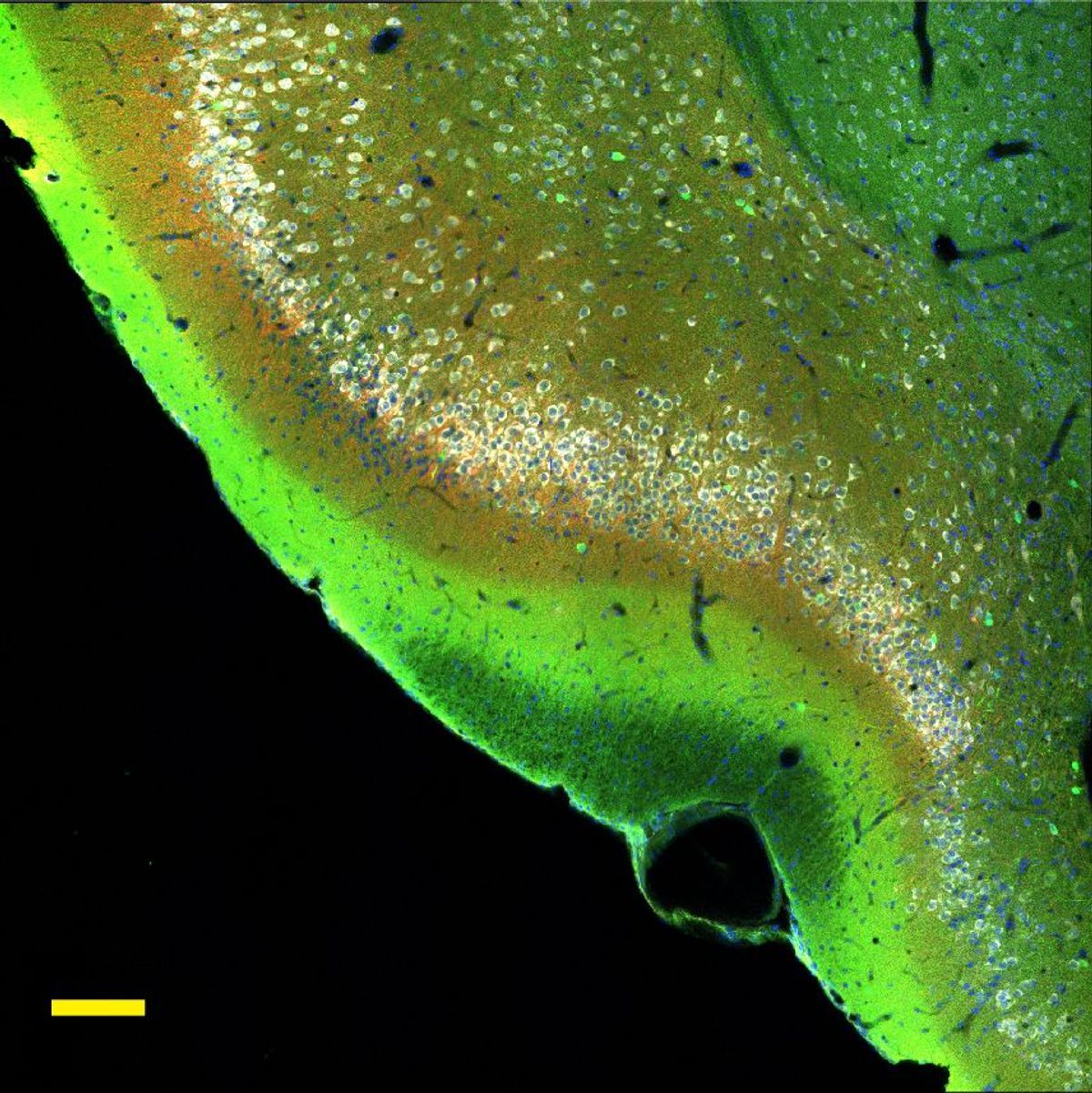 ABOVE: A section sliced from a mouse piriform cortex, a key region for smell processing composed of distinct layers. (Scale bar is 0.5 mm.)
SALK INSTITUTE

Brain circuits underlying mammals’ keen sense of smell seem to be conserved across many animals, from mice to guinea pigs to opossums. Receptors in the nose shoot signals to a cluster of neurons in the brain—the olfactory bulb—and then on to the layered piriform cortex. The relative number of neurons involved in each successive stage is consistent across species, researchers reported July 18 in Current Biology.

“So, if you told me the number of neurons in the nose, I could predict the number in the piriform cortex or the bulb,” says coauthor Shyam Srinivasan, a neuroscientist at the University of California, San Diego, in an announcement.