The physical principles that dictate the formation of these subcellular compartments are simple, but they dictate the organelles’ complex functions.

For liquid-liquid phase separation to occur in cells, the polymers that make up membraneless organelles—typically highly flexible proteins and nucleic acids—must exceed what is called their saturation concentration, or ”solubility limit,” in the cytoplasm or nucleoplasm. Below this level, the polymer chains dissolve into the surrounding cellular solution; if the saturation concentration is exceeded, the extra polymer chains condense into liquid-like droplets. The polymer chains inside and outside the droplets are therefore in equilibrium, meaning they continuously escape...

In addition to the primary polymers that make up the membraneless organelle, small molecules, proteins, and nucleic acids can potentially enter the structure. Whether or not a particular molecule will be absorbed or excluded depends on how it interacts with the interior and exterior environments. 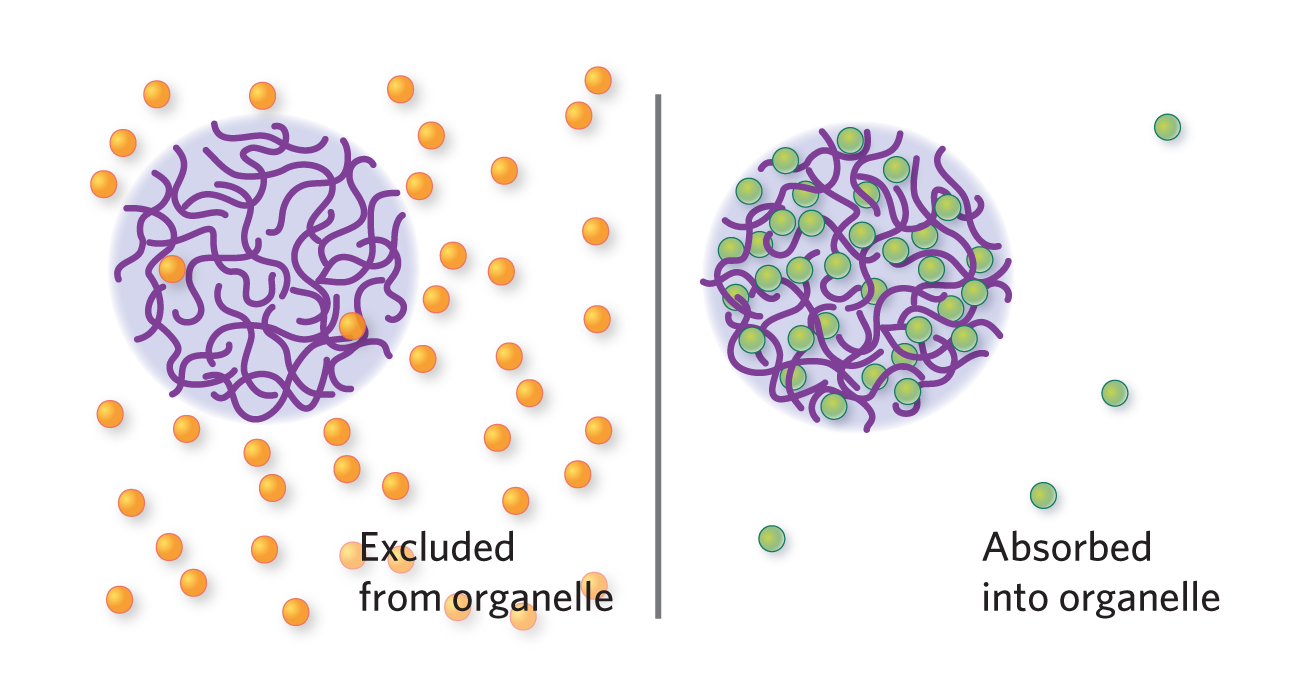 Although researchers have much to learn about what happens to molecules that enter the organelle environment, one example—the passive unwinding of nucleic acids—has been demonstrated in vitro in model membraneless structures made up of one or a few protein types.

The aggregation of proteins is characteristic of several neurodegenerative diseases, and liquid dynamics within the cell may support this pathological activity. For example, the tau protein that makes up neurofibrillary tangles characteristic of Alzheimer’s disease appears to form phase-separated liquid droplets in neurons before developing into tau aggregates.