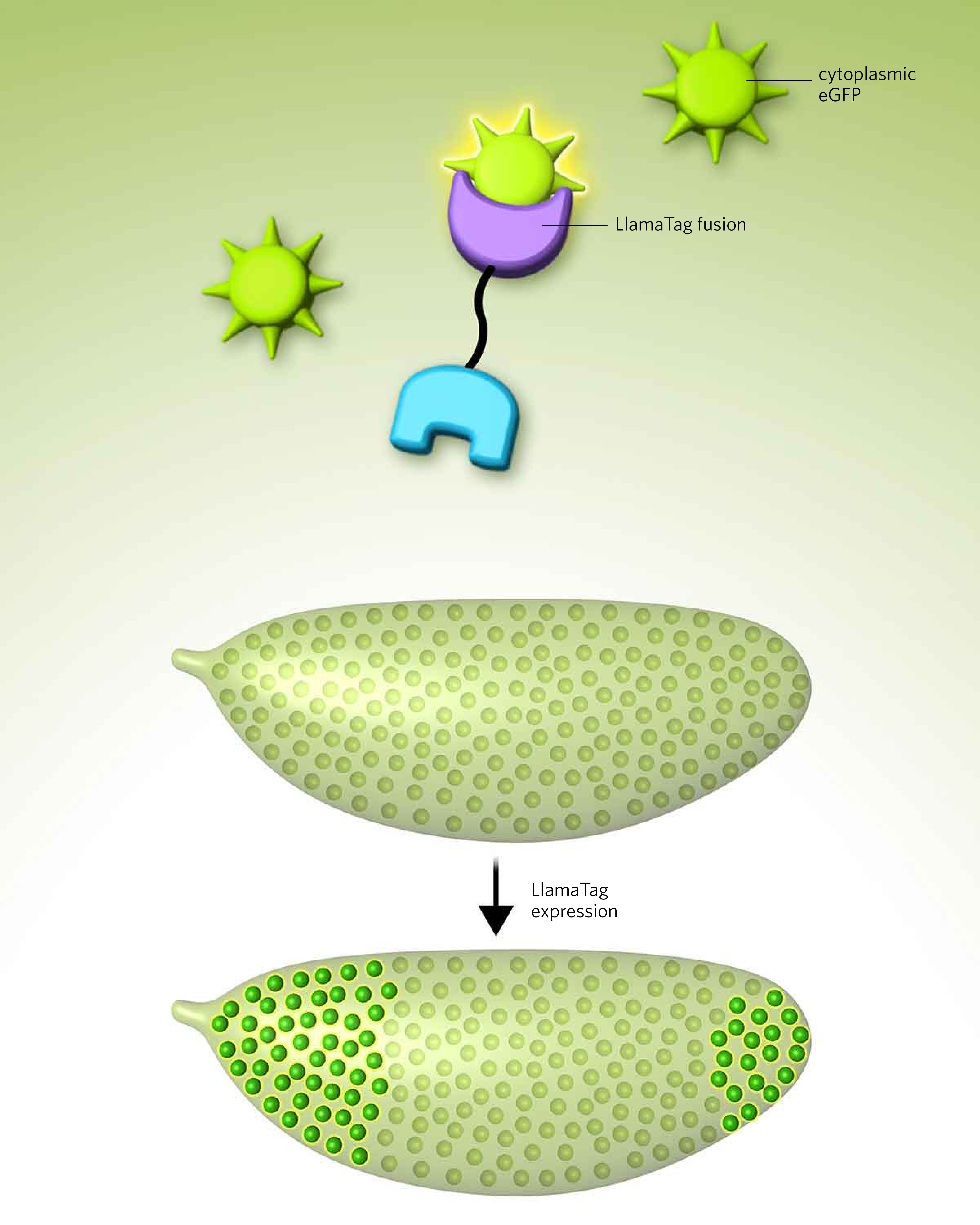 Visualizing the activities of proteins in live cells and organisms can yield important biological insights—from understanding when and where transcription factors are turned on in development to determining how a mutant protein’s activity differs from that of its wild-type counterpart.

The standard method for tracking real-time protein activity involves genetically fusing fluorescent reporters, such as green fluorescent protein (GFP), to target protein sequences, expressing these fusion proteins in cells, and then viewing them under a...

For many proteins this approach works well, but if the molecule of interest happens to be produced and degraded in a matter of minutes, there’s a problem. With GFP, “there’s a lag in time between the production phase and the visualization phase,” explains biologist Stephen Small of New York University. Indeed, it can take 40 minutes or so for a newly-made GFP protein to be folded and chemically modified before it starts to fluoresce. Proteins that live fast and die young aren’t likely to light up.

Instead of waiting for GFP to mature, a new approach devised by the University of California, Berkeley’s Hernan Garcia, Jacques Bothma, and colleagues relies on mature GFP being already available in the cell. First, the cell or organism is engineered to constitutively express GFP. Then, a GFP-binding nanobody—called a LlamaTag after one of the species that naturally produce these mini-antibodies—that has been genetically fused to the protein sequence of interest recruits the GFP. Without the delay of GFP maturation, the protein of interest glows immediately. And, because the nanobody actually enhances GFP’s fluorescence upon binding, this glow is readily visualized against the background of unlocalized GFP.

The team has used the technique in fruit fly embryos to analyze how transient expression of particular transcription factors drives body plan decisions, and has combined LlamaTagging of proteins with fluorescent labeling of RNA to simultaneously visualize transcription factor dynamics and resulting transcription in the embryos. “It’s an innovative and wonderful combination of techniques,” says Robb Krumlauf of the Stowers Institute for Medical Research, who was not involved in the study. “I’m really excited about it.”

One reason for the enthusiasm, Krumlauf explains, is that the approach relies on “standard tools that many people are using”—meaning LlamaTags should be “readily adaptable to many different systems.” (Cell, doi: 10.1016/j.cell.2018.03.069, 2018)