ABOVE: This female Peregrine was tracked from its breeding site on the Popigai River in Arctic Russia to its wintering range on the Baluchestan coast of the Arabian Sea in Pakistan over three successive seasons.
ANDREW DIXON

The Arctic is warming faster than any region of Earth, with potentially serious consequences for the animals scattered across its 5.5 million square miles of ice, open sea, boreal forest, and naked tundra. To make sense of how the region is shifting and what that will mean for wildlife, scientists are taking a cue from the caribou, banding together and pooling resources—in this case, their animal tracking research efforts. The result is a new ecological tool for studying climate change at the planet’s northern pole. 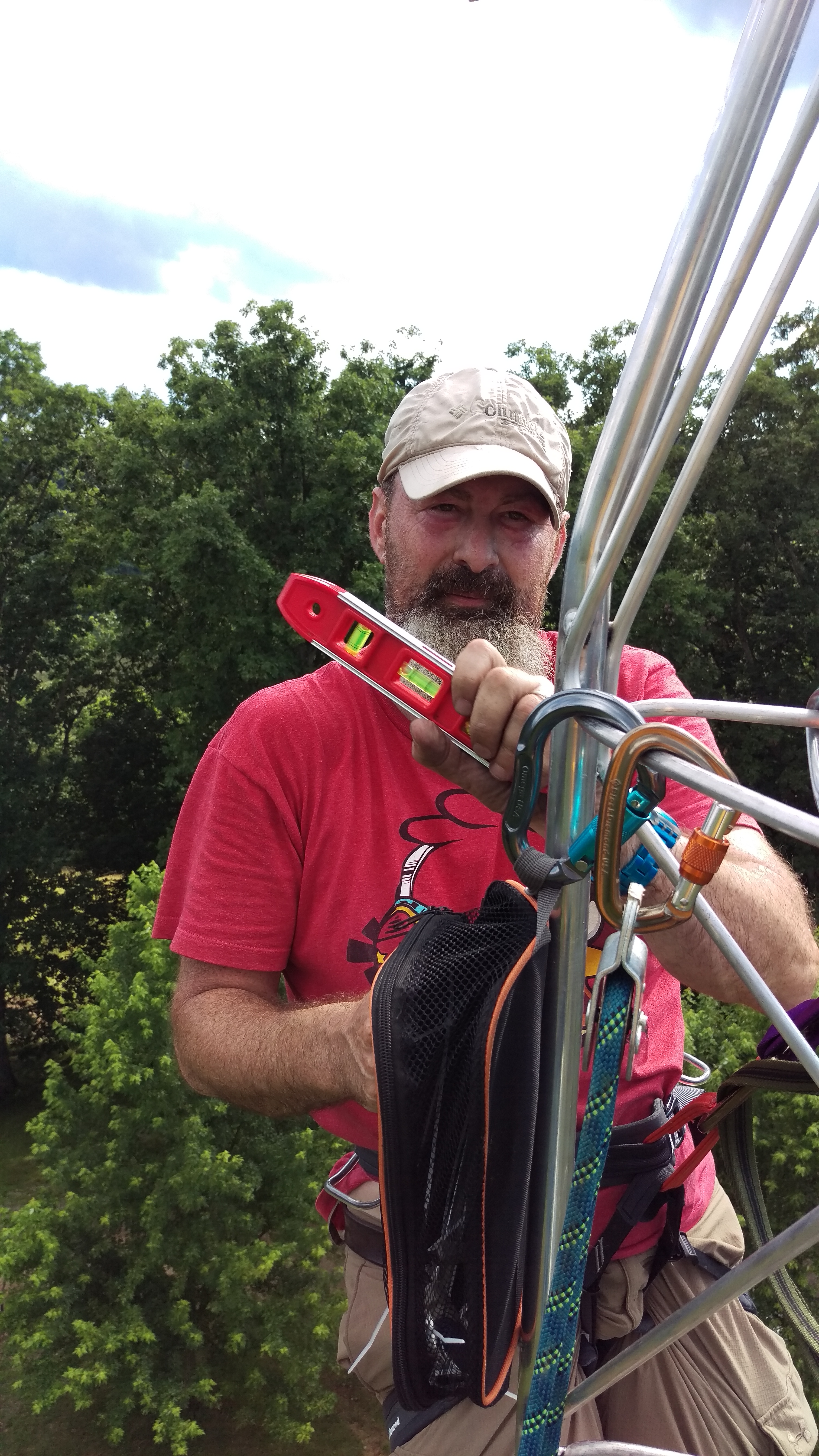 Gil Bohrer, an environmental engineer at the Ohio State University, installs a sensor on a meteorological tower
Gil Bohrer

The Arctic Animal Movement Archive (AAMA), detailed in a report published today (November 5) in Science, contains more than 200 studies contributed by polar research groups and scientists from national, regional, and First Nations governments. Housed on Movebank, an online platform hosted by the Max Planck Institute of Animal Behavior, the database includes movement information from almost 100 species and more than 8,000 individual animals—birds, wolves, bears, caribou, moose, whales, and seals, among others—collected over the last three decades. The cumulative power behind this large dataset is allowing scientists to analyze the ecological impacts of long-term changes in weather and habitat on a panarctic scale.

Gil Bohrer, an environmental engineer at the Ohio State University and a coauthor of the new report, spoke to The Scientist about what this unprecedented effort can tell us about how species adapt to a warming world.

The Scientist: The paper opens by saying that the Arctic is entering a new ecological state, and that the consequences of that could be alarming. What does that look like?

Gil Bohrer: It’s well demonstrated that with global climate change, the Arctic is experiencing a much faster rate of change than any other ecosystem on Earth, more than twice the global average. We already see parts of the Arctic that are greening and parts of the Arctic that are browning. The northern edge of the boreal forest is creeping northward, the sea ice extent is decreasing every year. On top of that, the Arctic didn’t have many people. Now there is mining, coal and gas industry, and tourism. This is all the baseline of our work, and we know there is a very extreme environmental change in the Arctic.

Everything put together—human activity, climate change, changes to patterns of snow and rain and temperature, and the timing of the seasons—we expect that all of that will affect the ecology of the animals in the Arctic. It’s already been demonstrated that things are happening. We have seen changes in animal distributions, changes in the [seasonal] timing of migration, changes in the food and vegetation.

TS: What role can big data play in furthering our understanding of climate change in this area?

GB: Climate change is a very slow phenomenon. It’s a very large-scale phenomenon. And especially with animal movement data that’s driven by tagged animals, it is extremely hard to get the long-term, large-scale picture of things. You need generations of scientists tagging the same population. The other challenge is that the climate is a complicated pattern. It’s many different interacting physical drivers. What we do with the archive is join the efforts of many, many scientists from many countries, many agencies, and over many years. We are able to compile that large-scale, long-term dataset that’s been elusive for researchers of animal movement working on their own funded study.

TS: How did you seek out partners, and how long did it take to grow out this new archive?

GB: Movebank is a Max Planck–operated database. It’s a tool for you to manage and visualize your data, kind of like your own Facebook account of animal movement. . . . [For the AAMA], I started pushing a much more ambitious vision. Why are we only working amongst ourselves and with our immediate collaborators? Can we expand it? Can we make a huge Arctic animal movement archive with everyone? Among our team, we know of many other people [doing this work] that don’t have their data in Movebank. We asked them if they wanted to come on the platform, a kind of ‘friend brings friend’ thing, and we spread among the whole community as far as we could.

It took about two years, and I think the biggest challenge was to convince people that nobody is taking away data and nobody has to share anything they’re not comfortable with. We don’t have all the Arctic data, of course, but we have a very sizable chunk of it. Right now, about forty percent of the data is open and public, and the archive is growing. A lot of the existing collaborators are choosing to open their data.

TS: The paper includes a few case studies using the archive data. Can you walk us through one of these studies and what was found?

GB: Another thing that the archive facilitates that is not easy to do is a multi-species study. Any individual researcher is limited by the number of tags and by their in-home knowledge. Trapping a bear is not like trapping a caribou. So a study that involves all the trophic levels of the ecosystem from the herbivore to the predators is very, very rare.

We studied how jittery [animals are], how much more movement you get per day, as a . . . function of the temperature and precipitation each season. Very predictably, they don’t like it when it snows, they tend to move less [in winter]. Strangely, they don’t care about rain in the summer.

But the interesting find was that increased temperature in the summer is having very different influences on herbivores and predators. [Editor’s note: The study included caribou, moose, bears, and wolves.] Two of the three predators were moving less, and two of the three herbivores were moving more when it’s warmer. Since movement takes energy—and we assume in ecology the need to optimize energy—there must be more challenges when higher temperatures drive them to move more. This is an indication that as warming intensifies, you can get into what’s called a trophic mismatch. In this case, it benefits the predator and penalizes the herbivore, which will throw things out of whack.

TS: What is your ultimate vision for the archive?

GB: We really want the archive to keep growing. We want anyone that’s doing animal research in the Arctic to consider participating in the archive, knowing that it will preserve the data for posterity, make it discoverable, allow people to collaborate with them, and make a larger picture.