In less than a decade since its adaptation to a genome-editing technique, CRISPR-Cas9 has been used on lab animals and cells around the world, as well on human cells that are already being tested in clinical trials to treat disease. Limitations such as off-target edits are widely acknowledged by CRISPR users, and researchers have been working to minimize them with tweaks to the method.

Adding to the list of issues that can occur with CRISPR, a team of researchers now reports a high frequency of unwanted duplications while engineering genetic insertions in mice. Worryingly to the scientists, the insertions couldn’t be detected using standard PCR analysis. The findings were published last week (February 12) in Science Advances.

“[This paper] is another cautionary tale about the use of CRISPR-Cas9–based gene editing for [knock-in] purposes,” remarks Ed Bolt, a molecular biologist at the University of Nottingham who wasn’t involved in the study.

The research began when immunology researcher Johannes Roth and his colleagues at the University of Münster in Germany were investigating the function of the gene S100A8—which encodes a calcium-binding protein—in immune cells by genetically engineering mice in which the gene was not expressed in certain tissues.

Remarkably, they found that 30 of nearly 50 animals had multiple copies of the inserted construct, rather than just a single one.

To engineer such conditional knockouts, the team, which included Boris Skryabin and his colleagues at the core facility of transgenic animal and genetic engineering models at the University of Münster, followed a popular approach. This entails replacing the original gene with a construct where S100A8 is flanked by specific sequences that direct a particular enzyme to excise the gene. This will lead to a knock-out of the gene in particular tissues once these mice are crossed with other transgenic animals that express the enzyme in the tissues of interest only.

The researchers injected the construct into fertilized mouse oocytes, along with the DNA-cutting Cas9 enzyme and its CRISPR guide. In the resulting 34 gene-edited pups, they conducted standard PCR analysis and another, more-specialized form of PCR, to check whether the construct was correctly inserted. To their surprise, the results suggested that only two of the pups appeared to carry the correct insertion—the rest carried deletions of the gene or had unaltered genomes.

Wondering why the construct was integrated into so few animals’ genomes, the team crossed one of the mice with wildtype animals and studied the resulting offspring. This time, they used a combination of standard PCR, genetic sequencing, and quantitative PCR. This more-comprehensive approach revealed that, overall, seven mice did indeed have the correct insertion. To the researchers’ even greater surprise, the rest of the animals carried up to three duplications of the inserted construct. This led them to suspect that such duplications could be quite common, both in parental mice and their offspring, and that the standard form of PCR often used to assay such constructs was overlooking them.

The team then examined the genomes of mice bred from wildtype mice crossed with transgenic animals in which another gene, IL4, had been conditionally knocked out. Here, they used a specialized form of PCR that through a careful design of primers is specifically suited to amplify repetitive sequences.

Remarkably, they found that 30 of nearly 50 animals had multiple copies of the inserted construct, rather than just a single one. By contrast, when they repeated the analysis using standard PCR, they found multiplications in only five animals—affirming the idea that standard PCR doesn’t catch the duplicated sequences. “Regular PCR approaches don’t let you identify [them],” Skryabin explains.

Southern blot hybridization, a technique well-suited for quantifying the copy numbers of specific DNA sequences, was able to confirm the duplications, both in parental mice and their offspring. Overall, the researchers found duplications in nine of ten groups of mice with different engineered insertions. And in nearly 150 offspring bred from crosses of wildtype and transgenic animals, 57 percent harbored multiple copies.

Most experienced researchers in the field are probably aware of this issue.

Without using techniques suitable to detecting such duplications, researchers may not be realizing that unwanted mutations lurk in their model organisms’ genomes, note Skryabin and his colleague Timofey Rozhdestvensky, a transgenic mouse specialist. For researchers generating conditional knockout mouse models, the duplications could cause proteins to be effectively knocked out in all tissues or yield other untoward effects, jeopardizing functional studies of genes.

Skryabin and Rozhdestvensky say their findings could have relevance for gene editing across all kingdoms of life, from plants to human cells. Duplications could somehow lead to dangerous frameshift mutations, result in misshapen proteins, or “cause serious unwanted effects in human gene therapy approaches,” the two write to The Scientist in an email.

Katharina Boroviak, a genome engineer at the Sanger Institute in the UK who wasn’t involved in the new research, isn’t surprised by the findings. She too has observed duplications of inserted sequences in her lab while generating transgenic mouse models. Most experienced researchers in the field are probably aware of this issue, she adds.

Researchers vary in the techniques they use to make DNA insertions and therefore need to use different analytical methods to make sure that edits are conducted correctly, she adds. In her lab, for instance, “we usually tend to do quantitative PCR and a whole panel of actual PCRs to make sure we’re breeding the correct mouse and not rely on only one mode of PCR,” she says.

Although many labs take the appropriate quality assurance measures, it’s good that someone has published on it, she says. “[The publication] makes smaller labs that haven’t really quite thought about it that much aware of it,” Boroviak says. “Everybody keeps talking about how great CRISPR is and how wonderful, and so easy. But if you start delving into the details . . . you can see what is actually going wrong and how often it is actually going wrong—it’s more often than you would think.”

To Bolt, the findings underscore the necessity to understand DNA repair processes better. While on the surface CRISPR-Cas9 is a simple genome editing tool, it relies on DNA repair to work, a process that is “horribly complex,” he says. When the Cas9 enzyme severs a cell’s genome, it activates genetic repair machinery. In the case of engineering insertions, for instance, the process of homology-directed repair is activated, whereby the cell uses a DNA template to fill in the gap that the Cas9 enzyme has made, creating an insertion.

Researchers don’t have a good understanding of how that process works, nor how that could lead to unwanted duplications, says Bolt, who specializes in genome instability. That will be crucial to understand if researchers want to find ways to avoid the issue and improve the editing accuracy of CRISPR-Cas9—something that Rozhdestvensky and Skryabin are now working towards.

“We need to be clear that CRISPR-Cas9 is a really powerful method for gene deletion and for understanding biology,” Bolt says. “But we’re way off from understanding how CRISPR-Cas9 can be used to insert DNA for knock-ins.” 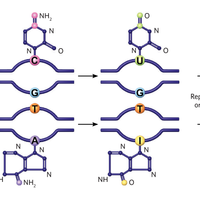 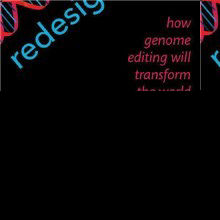