ABOVE: Depiction of a CCR5 receptor in a cell membrane.
WIKIMEDIA, THOMAS SPLETTSTOESSER

Update (October 16): Nielsen and Wei’s study was retracted by Nature Medicine on October 8.

Astudy published in Nature Medicine that found an increased mortality rate in people with an HIV-preventing gene variant has a major flaw, according to the lead author, Rasmus Nielsen of the University of California, Berkeley. In a series of tweets, Nielsen says that he was notified of “an error in the UK Biobank data that likely explains most or all of our results regarding CCR5 delta-32.”

People with two copies of the Δ32 variant of the gene CCR5 have protection from HIV infection because it prevents the virus from entering immune cells.

Nielsen and his colleague Xinzhu Wei’s study, published in June, had found a 21 percent increase in mortality in people with two copies of the Δ32 allele. But the results were criticized by Sean Harrison at the University of Bristol who tried and failed to replicate the result using the UK Biobank data. Harvard University scientist David Reich, inspired by Harrison, discovered that there was an error that caused certain genotypes to appear in the dataset less frequently than they should have, which skewed the results, reports STAT. “So if there is an effect on mortality,” Nielsen tells STAT, “it is certainly not as strong as we previously reported.” Nielsen and Wei have requested a retraction.

Last fall, He Jiankui, then a professor at Southern University of Science and Technology in Shenzhen, China, made the surprising announcement via YouTube that he had created the world’s first gene-edited babies from two embryos whose genomes he had engineered to have Δ32, resulting in widespread condemnation from the scientific community and debate over the extent to which genetic engineering should be used to create designer embryos. 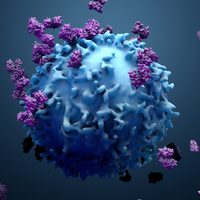