The World Health Organization announced that the novel coronavirus disease, now known as COVID-19, was a public health emergency of international concern on January 30. By then, 9,826 cases and 213 deaths had been confirmed. Yesterday, February 12, those numbers rose to 45,171 cases and 1,115 deaths.

Scientists and medical professionals around the globe have been relying on freely available studies, resources, and datasets to quickly inform treatment strategies, public health initiatives, and drug development.

Even before the outbreak was declared an international public health emergency, researchers in the US and elsewhere commended the speed with which scientists in China shared the first genome of the 2019-nCoV virus, recently dubbed SARS-CoV-2. The first reports of the disease came from Wuhan at the end of December, and by January 8, scientists in China sequenced the viral genome and made it public. “Progress with research on this virus has been amazingly rapid,” says Stanley Perlman, a microbiologist at the University of Iowa.

We’re getting up to 20 submissions per day on coronavirus.

On January 31 this year, a day after the novel coronavirus was designated a public health emergency of global concern, 94 academic journals, societies, institutes, and companies signed a commitment to making research and data on the disease freely available, at least for the duration of the outbreak.

“The responsible thing to do is to make all research freely available during epidemics or possibly pandemics where there are people at risk,” says Edward Campion, the executive editor of the New England Journal of Medicine (NEJM), which signed on to the commitment. Papers on other diseases, “all of which are important,” he adds, remain behind a paywall. “It’s a balancing act. . . . Our expenses are paid mainly by subscribers.”

Other signatories, such as PLOS, are open-access all the time, charging fees to authors instead of readers. “PLOS is well-positioned to respond to any outbreak,” says Joerg Heber, the editor-in-chief of PLOS One. In addition to being open-access, the journal requires all data necessary to replicate the study to be published alongside it. Still, it takes time to peer-review studies, Heber adds, so PLOS “strongly encourages all researchers submitting coronavirus-related papers to us to post these as preprints so that they are available as soon as possible.”

While some paywalled journals have made studies free during previous outbreaks such as the 2009 flu pandemic, the WHO called for journals to develop special protocols for situations deemed to be global public health emergencies during the 2014–2016 Ebola epidemic in West Africa. In the Fall of 2015, the WHO met with stakeholders from the BMJ, the Nature journals, the NEJM, and the seven PLOS journals, who all agreed in a statement that journals should “encourage or mandate public sharing of relevant data,” and that sharing said data—even before publication—should not prevent journals from accepting and publishing those authors’ studies.

Early in 2016, as Zika spread through the Americas, WHO released a bulletin stating that the “deficiencies in data-sharing mechanisms” were highlighted by the recent Ebola epidemic and called for publicly sharing not only clinical trial results, but all studies related to the illness along with all datasets used in those studies. On February 1, 2016, 57 journals and institutes signed a statement, similar to the one signed with regard to COVID-19, agreeing to share research on Zika. The agreement says the studies should remain free only for the duration of the emergency, but some journals keep the resources available indefinitely.

While many participating journals, such as NEJM and the BMJ rely on subscription fees for income, Campion says the journal doesn’t lose money at times like these, and Kieran Walsh, a clinical director at BMJ says, “we don’t think about commercial aspects during emergencies like this.”

Campion, Walsh, and Heber all tell The Scientist that the journals are putting in extra effort to expedite peer review of articles related to COVID-19. “We’re getting up to 20 submissions per day on coronavirus, some of which, frankly, are not high-quality reports,” says Campion. “Part of our responsibility is to select what we think is most important for our audience, for the clinical audience and public health audience.” 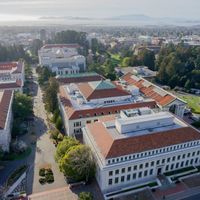