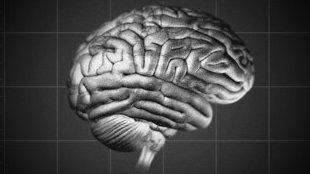 V. ALTOUNIAN/SCIENCE TRANSLATIONAL MEDICINEMutant mice that exhibit many of the characteristics of human autism spectrum disorders, including social deficiency, have more interactions with fellow mice when given a dose of oxytocin, according to a report published today (January 21) in Science Translational Medicine. The beneficial effect was also apparent when the mice’s own oxytocin production was increased—which may be important for translating such a treatment to humans.

“It’s very exciting. They created a mouse model of autism . . . that had social deficits, and they found that if they gave oxytocin, it would rescue those social deficits,” said Larry Young who studies social neuroscience at Emory University and was not involved in the work.

The model mouse lacks a functional gene for contactin-associated protein-like 2 (Cntnp2). In humans, mutation of this gene causes cortical dysplasia and focal epilepsy (CDFE) syndrome; at least 70 percent of...

Dan Geschwind’s team at the University of California Los Angeles Center for Autism Research and Treatment tested different drugs in the Cntnp2 mutant mice “to see if we could find a compound that would reverse or ameliorate this social behavior,” he explained, “with the hope that it would help us understand what’s going on in the mice and in the human patients.”

“There were a bunch of compounds and drugs that had been suggested to [target] potential mechanisms in social dysfuntion,” Geschwind told The Scientist. For each compound, the team injected a dose into untreated mice, waited roughly half an hour, and then tested the animals’ sociability.

Geschwind’s team also showed that the brains of Cntnp2-mutant mice had fewer oxytocin-expressing neurons than those of wild-type animals and, as a result, lower levels of the hormone. Giving the mutant mice a single dose of oxytocin increased sociability for just a few hours. Encouragingly, however, if the team gave daily doses of oxytocin for two weeks in very young pups, the number of neurons expressing oxytocin increased and the improved social behavior lasted at least nine days after treatment was stopped.

Geschwind suggested that there might be a window of treatment opportunity soon after birth for obtaining such long-lasting effects. But how this relates to human development is unclear. “The earlier we start interventions, the better,” said neurologist Shafali Jeste of the Semel Institute for Neuroscience and Human Behavior in Los Angeles, who was not involved in the study. “But we do know that brain circuitry [in young children] is constantly evolving and developing based on experience and environment, so there is no reason to think that an intervention a bit later in childhood would not be effective.”

Geschwind and his colleagues were also able to improve social behavior in the mice by pharmacologically increasing the release of the animals’ own oxytocin.  This result was “even more exciting,” said Young. Evidence already exists that oxytocin could help humans with autism spectrum disorders, he explained, but the documented improvements in symptoms have so far been small. “We are getting a hint of an effect,” he said, “but not enough that doctors should start prescribing it now.” Young said he thinks the reason for the limited benefits is because oxytocin “doesn’t easily pass the blood-brain barrier.” Thus, the finding that boosting oxytocin release improves behavior in mice suggests it is not necessary to give oxytocin itself. A smaller molecule, capable of entering the brain and stimulating release, might provide a stronger effect in mice and possibly humans, Young said.

A more significant effect might also be seen if clinical trials for oxytocin were targeted to the patients most likely to benefit—for example, those shown to have oxytocin deficits, suggested Jeste. Autism is “a very heterogeneous spectrum of disorders,” she explained, “and, from a clinical standpoint, the goal would be to provide more personalized treatments.” Geschwind’s study “represents the kind of work that we need in autism,” she added, “namely the search for targeted treatments that are mechanism based.”