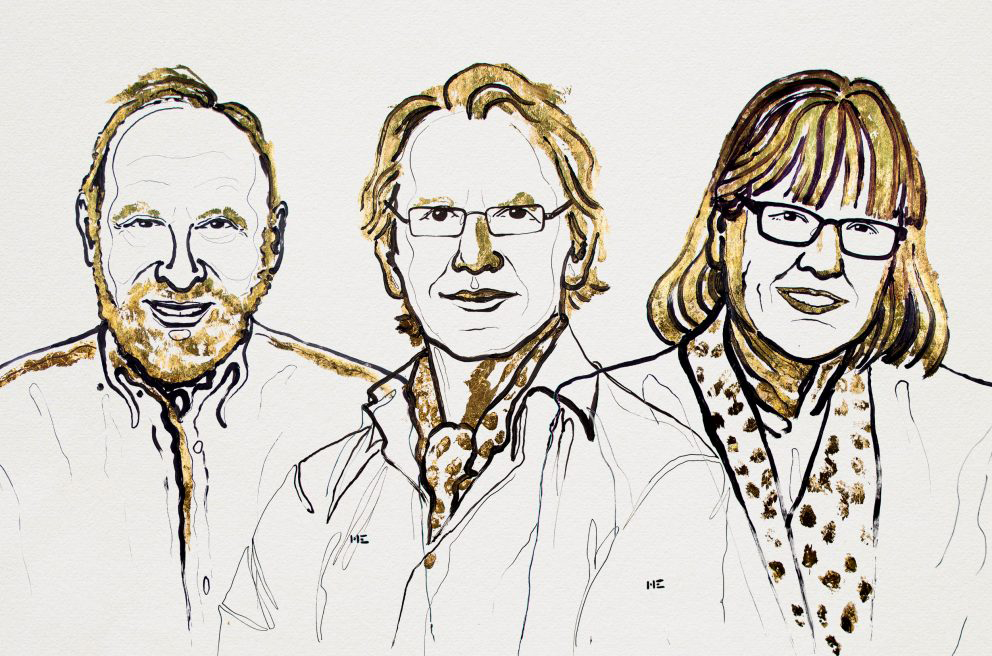 Arthur Ashkin has won half the 2018 Nobel Prize in Physics, while Gérard Mourou and Donna Strickland will split the other half of the prize, for their work on methods to manipulate light, the prize committee announced this morning (October 2).

Ashkin, formerly a researcher at Bell Laboratories in Holmdel, New Jersey, developed focused beams of light called optical tweezers to grab and move the minutest elements of matter—from atoms to molecules to living cells. The tool is now used to study the inner workings of cells and DNA.

Mourou of École Polytechnique in Palaiseau, France, and Strickland of the University of Waterloo in Canada developed a technique to stretch and amplify beams of light, leading to boosts in laser power. The technique is also used in...

Strickland took part in the announcement today, and when asked about winning the award she told reporters, “First of all, you have to think it’s crazy, so that was my first thought. . . . And you do always wonder if it’s real.”

She is only the third woman to win the physics prize. Maria Goeppert-Mayer shared the honor in 1963, and Marie Curie won the award in 1903, along with the Nobel Prize in Chemistry in 1911. Asked how it felt to be one of only three women to win the award, Strickland said during the press conference, “Really? Is that all? I thought there might have been more.” She advocated for the need to celebrate women physicists “because we’re out there. . . . I’m honored to be one of those women.”

Strickland was awarded the prize for work she had done as a graduate student—a rare recognition for the Nobel committee, which has suffered criticism for acknowledging mentors when in many cases students have made significant discoveries. One of the most notable cases is of British astrophysicist Jocelyn Bell Burnell, who discovered pulsars but was passed over for the award, which was given to her supervisor Antony Hewish in 1974. “It’s wonderful to see that Nobel committee has listened to the community and to the negative reaction to that decision at the time,” John Dudley, an optical physicist at the University of Franche-Comté in France, tells Nature.

Ashkin, who is the oldest Nobel laureate ever at 96, spent little time with the media this morning. He tells Reuters he was surprised to win the award, and that he’s “busy working right now, writing an important paper on solar energy.”

Many thought the Nobel committee had sidestepped Ashkin when a laser technique won the physics Nobel in 1997. “I thought he’d missed his chance so to speak,” Miles Padgett, an optical physicist at the University of Glasgow, tells Nature. “I’m absolutely ecstatic for him. He’s such a nice guy,” Padgett says, noting how he admires the way Ashkin kept tinkering with his optical tweezers to continue to make them simpler. “I think it’s wonderful when people plow through. Just keep on making it better and better,” he says.

“I'm so happy Art Ashkin also won,” Strickland said during the announcement ceremony this morning. “I think that he made so many discoveries early on that other people have done great things with that it's fantastic that he is finally recognized.”