Tardigrades might be the most well-known quasi-indestructible animals, but their incredible resilience is not exclusive. In a June 7 paper in Current Biology, researchers from the Soil Cryology Lab at the Institute of Physicochemical and Biological Problems in Soil Science in Russia document the revival and reproduction of microscopic bdelloid rotifers from permafrost samples that, according to radiocarbon dating, are 24,000 years old.

Bdelloid rotifers are complex, microscopic animals that live in and near freshwater. Although only about half a millimeter in size, they have a brain and a nervous system, and they use their disc-like mouthparts to feast on bacteria and algae—food that goes through their one-way digestive tract and out their anus. 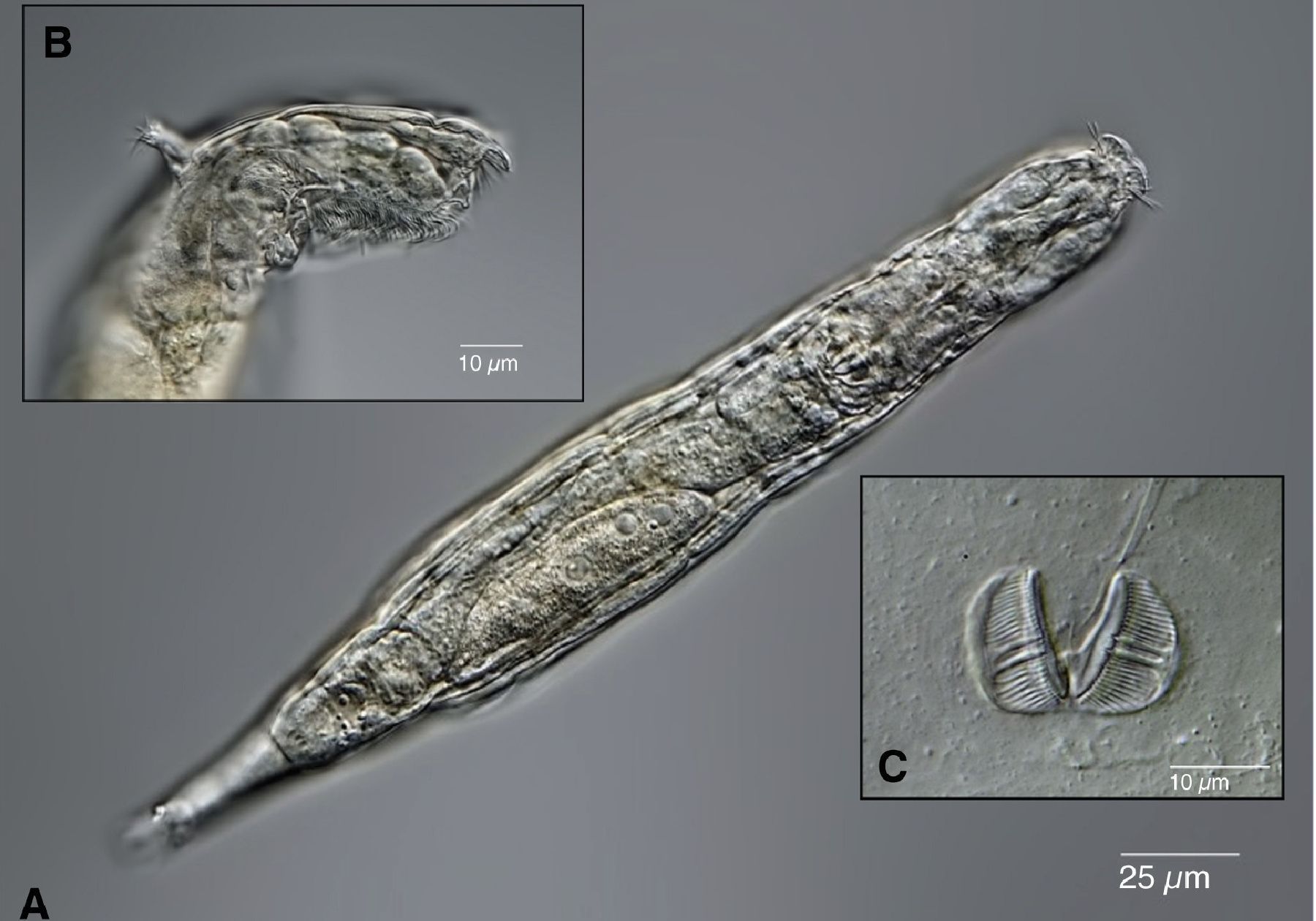 A) Full view of a bdelloid rotifer recovered from permafrost, (B) Side view of the organism’s head, (C) Frontal view of the rotifer’s mouthparts
SHMAKOVA ET AL., CURRENT BIOLOGY, 2021

Because bdelloid rotifers tend to live in habitats that freeze solid during the winter, scientists have long known that they can enter a suspended metabolic state called cryptobiosis in response to extreme conditions. During cryptobiosis, the animals shut down the vast majority their internal systems until they almost appear dead, and yet, they’re able to go back to normal once the environment becomes more favorable. Researchers are still trying to understand exactly how they pull this off at the cellular level, and prior to this paper, studies had suggested that about a decade would be the upper limit for rotifer recovery from this state.

“This is another example of the profound capacity rotifers have to endure extreme environments,” Kristin Gribble, a scientist at the Marine Biological Laboratory in Woods Hole, Massachusetts, who was not involved in the research, tells The New York Times. The only other animals known to survive tens of thousands of years of cryopreservation are nematodes (roundworms). The team revived such worms alongside rotifers in the 24,000-year-old permafrost, and in a study published in 2018, they had reanimated them from 40,000-year-old samples. The famously hardy tardigrades come in third at a paltry 30 years.

Matthew Cobb, a zoologist at the University of Manchester who was also not involved in the research, tells The Guardian that the findings are especially intriguing because bdelloid rotifers are notably distinct from most other rugged microanimals because they reproduce asexually through a rare kind of cloning called parthenogenesis. “Now we have the possibility of comparing the genome of this group of animals with their modern equivalents. . . . That will shed light on a key biological curiosity and may reveal why some animals have given up sex altogether.”