The uncertainty of the COVID-19 pandemic has made our stomachs churn, and now, evidence suggests that intense heartburn may be linked with worse symptoms of the disease. Some drugs that neutralize stomach acid, such as famotidine, which President Donald Trump is taking, are associated with reduced severity, but others, such as Prilosec, correlate with higher infection rates and risk of death, at least in patients hospitalized with SARS-CoV-2 infections.

“Everyone has some level of acid reflux,” says Helder Nakaya, a systems biologist at the University of São Paulo in Brazil who has been studying the link between stomach acid and SARS-CoV-2 infection. “But I want to be clear . . . we cannot claim that this increased risk of death would apply to everyone with reflux.” The link does suggest that stomach acid might be a factor that’s often overlooked when it comes to COVID-19, Nakaya says.

In a retrospective analysis posted on medRxiv of roughly 1,300 hospitalized COVID-19 patients, Nakaya and colleagues found that individuals taking proton-pump inhibitors, including Prilosec, had a two- to three-fold higher risk of death compared with hospitalized patients not taking those drugs. This observation falls in line with a study published in late August in the American Journal of Gastroenterology by doctors in the US that also found people taking a proton-pump inhibitor twice a day for acid reflux had higher odds of testing positive for SARS-CoV-2 compared with individuals taking that type of drug once a day or individuals who took a histamine-2 receptor blocker such as Pepcid AC.

Proton-pump inhibitors “may undermine the gastric barrier to SARS-CoV-2 entry and reduce microbial diversity in the gut,” increasing patients’ risk getting COVID-19, the US-based team writes in its report.

Another retrospective analysis published online in Gastroenterology in May found that in a cohort of 1,620 hospitalized patients, proton-pump inhibitors had no relationship to the patients’ outcomes. Meanwhile, famotidine, which blocks the histamine-2 receptor on cells, correlated with a reduced risk of patients being intubated or dying from COVID-19.

Prior to analyzing that larger dataset, the authors had heard anecdotal evidence that famotidine might make COVID-19 symptoms less severe, and they’d heard that a few in vitro experiments also backed up the idea, study coauthor Joseph Conigliaro, the division chief of general internal medicine in the Department of Medicine at Northwell Health in Manhasset, New York, tells The Scientist in an email. In April, Northwell partnered with Alchem Laboratories and launched a randomized clinical trial to test whether giving up to 360 milligrams of famotidine intravenously to COVID-19 patients would improve their health outcomes compared with patients who received standard of care treatment. The trial later came under fire with a government whistleblower complaint for being hastily approved with little evidence and for the high doses of the drug being used, according to the Associated Press. Still, Northwell’s research on famotidine continued.

“Neither the whistleblower complaint or the AP story had much of an effect on us. However, they are part of an overall trend to politicize Covid-19 clinical trials and prospective therapies that is deeply unfortunate,” Matthew Libassi, a spokesperson for the Feinstein Institutes for Medical Research, the research arm of Northwell, writes in an email to The Scientist. “That trend concerns us as it makes it harder to conduct medical science research.”

Despite the pushback, additional evidence for famotidine’s role in fighting viruses has surfaced. A past study published in 1996 had shown that famotidine could reduce viral replication of HIV, and a more recent computational analysis published in May also suggested that the histamine blocker could have some antiviral properties—specifically, that it might inhibit a protease that processes proteins vital for SARS-CoV-2 replication.

The computational results offered “some biological plausibility” to the hypothesis that famotidine could reduce the severity of COVID-19, but “in the end I think the computational models do not tell the whole picture,” Conigliaro says. That’s why he and his colleagues conducted their retrospective study on patients admitted to the hospital between February 25 and April 13 (these patients were not part of Northwell’s clinical trial testing famotidine). Analysis of the data revealed a distinct difference in the overall health outcomes of the patients taking famotidine compared with patients not given the drug. (Why the patients were given famotidine is not clear, though some had a history of gastric reflux and were taking the medication prior to being admitted to the hospital.)

“I expected a difference, but not so pronounced,” Conigliaro says. “I was also surprised that doses as low as what was used is the retrospective study would work that well. We had anticipated that bigger doses would be needed.” In the study, some patients received up to 20 milligrams of famotidine per day for five days intravenously, while others received it orally; when used for acid reflux, patients can take as much as 160 milligrams four times a day. Those who got the drug in the hospital fared better than those who did not, the study found.

Julian Abrams, a gastroenterologist at Columbia University Irving Medical Center-New York Presbyterian Hospital and a collaborator of Conigliaro, notes that the link between famotidine and reduced severity of COVID-19 is still only correlational at this point, but nevertheless warrants more attention.

Nakaya’s work offers a bit more insight into potential mechanisms. He and his team weren’t initially planning to look at the relationship between antacids and COVID-19 at all. Their project began as an offshoot of another one that Nakaya’s graduate student, Leandro Jimenez, had started. Jimenez had been analyzing the transcriptome data of patients with Barrett’s esophagus, a condition in which acid reflux causes damage to the lining of the esophagus.

The data from biopsies and a gene expression repository revealed increased expression of the gene ACE2, which encodes a cell surface protein that SARS-CoV-2 uses to enter human cells, in individuals with Barrett’s esophagus compared with individuals who did not have the condition. That increased gene activity was tied to regulation of intracellular pH pathways, specifically, their enrichment. That connection suggests increased ACE2 expression is linked with lower pH inside cells, possibly a result of exposure to stomach acid.

“And that raised a flag,” Nakaya says, which led his team to hypothesize that Barrett’s esophagus, as well as gastroesophageal reflux disease (GERD), may be a comorbidities of COVID-19 that hadn’t been identified before.

To test the link between stomach acid and SARS-CoV-2 infectivity, Nakaya’s team exposed human monocytes in cell culture to different pH conditions and then to SARS-CoV-2. The researchers used these immune cells because they are known to be susceptible to infection by the coronavirus, Nakaya says. Under normal oxygen levels, the cells in culture with a pH lower than 7.4 had a higher expression of ACE2 and also a higher viral load. The result indicates that intracellular pH may influence the ability of SARS-CoV-2 to infect cells and replicate within them.

But it wasn’t clear, says Nakaya, that the finding would have any clinical relevance, so the team dug into the medical records of patients in Manaus and São Paulo, Brazil, who had been hospitalized for COVID-19 and found that proton-pump inhibitors correlated with an increased risk of death. That association, Nakaya says, suggests that it might not be the drugs themselves that lead to worsening COVID-19 symptoms, but instead that the proton-pump inhibitors are, the team writes, “important markers of hidden comorbidities that involve the damage caused by the excess stomach acid in GI tissues.” In other words, the low pH that cells are dealing with—and that patients are trying to treat with a proton-pump inhibitor—might make the cells more vulnerable to SARS-CoV-2 infection.

The results, however, don’t explain why famotidine correlated with better outcomes in Conigliaro and Abrams’s study, supposing the drug is also used to suppress stomach acid. “We don’t think that stomach acid is the explanation for the findings,” says Abrams. “We really don’t know why we found what we did.”

The past work on HIV and the computational analysis suggest that famotidine works as an antiviral, and a study published today (October 7) also supports that idea. The research shows that ranitidine bismuth citrate, another histamine antagonist and antibiotic combo used to treat stomach acid, suppresses SARS-CoV-2 replication in infected golden Syrian hamsters and improves their virus-related pneumonia symptoms. But famotidine, Conigliaro says, may have benefits other than being antiviral; it may actually prevent patients’ immune systems from overreacting to a SARS-CoV-2 infection and causing a life-threatening cytokine storm. There’s some evidence for this from an observational study in which patients severely ill with COVID-19 were given a cocktail of histamine blockers, one of which was famotidine, and had better outcomes than did patients receiving the standard of care whose cases were reported elsewhere. Those data and other research “seem to suggest that the anti-histamine effect is what prevents patients from getting the cytokine storm,” Conigliaro explains, noting that cells with the histamine-2 receptor are in the lungs as well as the stomach.

The results from those studies and his team’s work, he says, bolster the case for the clinical trial launched last spring to test famotidine as a treatment for COVID-19, results of which are still pending. The Department of Defense under the Discovery of Medical Countermeasures Against Novel Entities, or DOMANE, program is also studying famotidine as a COVID-19 treatment, according to Vanity Fair, and another famotidine trial in Bangladesh is also now recruiting patients.

“Most people’s attention is shifting towards vaccines rather than treatments,” Abrams says, but “with President Trump having COVID, that brings to light again the issue of treatments, especially since he was getting famotidine.” 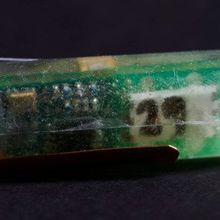 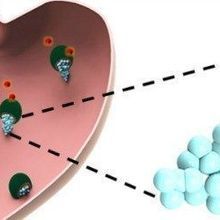 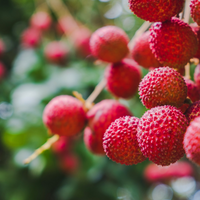