s a way to better predict where Zika virus is likely to spread, researchers tested the ability of Zika-infected mosquitoes to transmit the virus at a range of temperatures. They find that Zika’s spread by mosquitoes is more likely at temperatures five degrees warmer than for dengue virus. The results are published today (August 15) in Proceedings of the Royal Society B.

For study author Erin Mordecai, an assistant professor of biology at Stanford University, the results indicate that under future, warming temperatures, there may be an increase in climate suitability for Zika transmission in most regions of the globe except the hottest areas, where temperatures will begin to regularly exceed 29 °C.

“I’m impressed with the work,” Laura Harrington, a professor of entomology at Cornell University in New York who collaborates with the authors of the study but was not involved in this project, writes in an email to The Scientist. “The outcome is a significant contribution to our field . . . as little was known about the impact of temperatures on Zika transmission. This information is essential for predicting risk of virus spread.”

Scientists knew that temperature drives mosquito development, longevity, and biting rate, in addition to influencing Zika virus replication and spread, but the details of how temperature affects these factors was still missing, as Zika has only recently emerged as an infectious threat.

What was known, according to the study authors, is that after eating an infected blood meal, Zika virus needs to escape the midgut, spread throughout the mosquito, and then pass through the salivary glands into their saliva to then infect a new host. Each of these steps represents a hurdle for viral replication. The researchers’ goal for this new work was to test if temperature affected the ability of the virus to successfully get to each of these mosquito tissues.

“What we lack for Zika virus is an understanding of how environmental temperature shapes the probability of transmission from an infectious mosquito to a human and the length of time it takes for the virus, once in the mosquito, to reach the salivary glands, which makes the mosquito infectious,” explains study author Courtney Murdock, who studies vector-borne disease transmission at the University of Georgia in Athens.

Murdock and her colleagues created a mosquito colony of ­Aedes aegypti collected from Mexico and fed two groups of 4,000 female mosquitoes each a blood meal, one of them spiked with Zika virus. They then randomly distributed the mosquitoes from each group to live at one of eight temperatures, ranging from 16 °C to 38 °C, for 21 days.

Every three days, the researchers counted how many mosquitoes from each temperature group had died and collected 20 control and Zika-exposed mosquitoes to assess how the virus had spread through their bodies.

For Zika infection to spread inside mosquitoes, the team found, the least-optimal temperatures were at both the lowest and highest tested. The most temperature-sensitive factor turned out to be the ability of the virus to get into the mosquito saliva. Between 16 °C and 24 °C, the researchers saw a very low probability (from 0 percent to 4 percent) of the mosquito becoming infectious. From 28 °C to 34 °C, viral spread hit its stride, but as temperatures rose above 36 °C, it no longer migrated to the salivary glands as effectively.

“The authors use a wide range of temperatures to get a full and detailed picture of how Zika vector competence changes with temperature,” says Shannon LaDeau, a disease ecologist at the Cary Institute of Ecosystem Studies in Millbrook, New York, who was not involved in the work. “These researchers were able to pull apart and study infection, vector dissemination, and the ability of Zika-infected mosquitoes to infect other hosts at different temperatures. This was really well done and provides exciting new results.”

The researchers also found that Zika-exposed mosquitoes appeared to have a higher chance of survival compared to control mosquitoes at temperatures between 24 °C and 28 °C, but otherwise fared similarly at lower and higher temps.

“This means that the current suitability maps for Zika transmission being generated using dengue virus as a surrogate may be over-predicting the seasonal range of Zika,” says Murdock.

The authors highlight that there are likely other important factors of transmission aside from temperature, such as humidity and human population density and movement, that need to be studied and incorporated into Zika transmission models.

Both Harrington and LaDeau would next like to see additional analyses of how daily fluctuations in temperature—as opposed to the constant temperature of the current lab experiments—could affect Zika transmission.

According to Mordecai and Murdock, the team is now working on testing its model predictions in the field as well as doing additional mosquito cell culture experiments to test the replication ability of Zika at a range of temperatures. 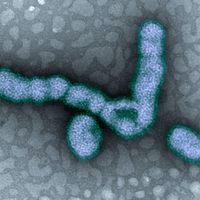