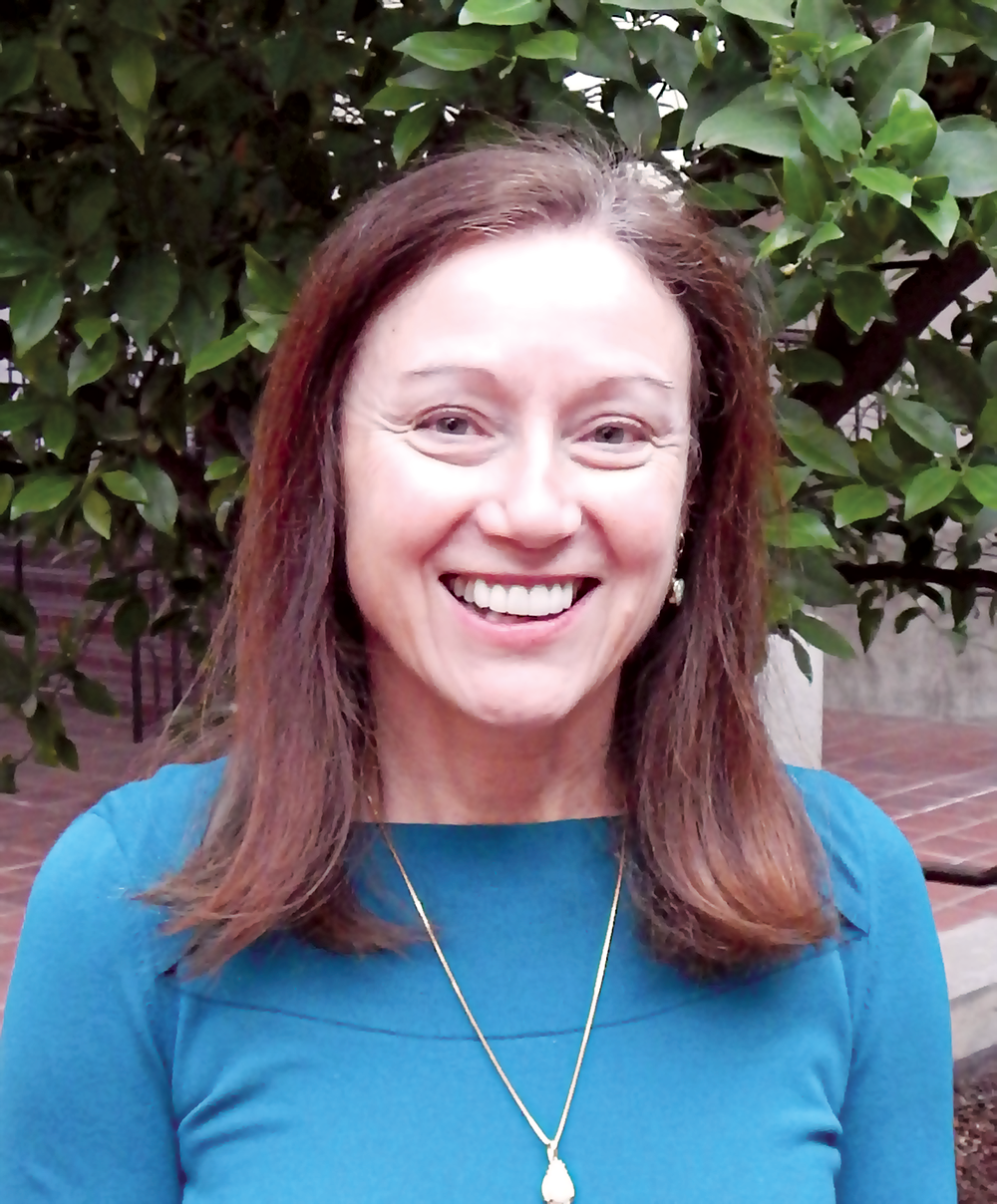 When Marianne Bronner first learned about the neural crest—a group of cells that form early in embryonic development and give rise to most of the peripheral nervous system and facial skeleton—she had an epiphany. “I just knew that that is what I wanted to study,” she says. Prior to her personal revelation, Bronner struggled. “I didn’t know what I wanted to do with my life,” she says. She had earned a bachelor’s degree in biophysics from Brown University in 1975 and went to graduate school...

In that course, Bronner learned about Nicole Le Douarin’s pioneering work, starting in 1969, combining embryonic quail and chick cells to study their developmental fate. Le Douarin “is the ‘grande dame’ of the neural crest field in developmental biology and became a distant mentor to me because she was so inspiring,” Bronner says. “Here was a successful female scientist among the male-dominated science world.”

Bronner also found the neural crest to be a beautiful system in which to examine early development. It was a smaller, defined set of multipotent cells that seemed simpler to work with than the entire fertilized egg. “Neural crest cells are highly potent and able to migrate more than any other embryonic cell type to form a diverse set of cell lineages,” she explains. “I wanted to know how they did that, and knew that the answers would give us clues on how organisms develop.”

Although she was fascinated by developmental biology, she continued as a biophysics student at Hopkins and was able to join a laboratory that studied the neural crest. When she finished her PhD, Bronner took her research on the neural crest with her to start her own lab, first at the University of California, Irvine, and then at Caltech.

Bronner was born in 1952 in Budapest, Hungary. Her family fled the country just after the 1956 Hungarian Uprising—a revolt by Hungarian citizens against the Soviet Union. Bronner was four and her brother only two months old when her family crossed the Hungarian border into Austria with only the clothes on their backs. “We were stopped by soldiers at the border and fortunately for us, the soldiers turned out to be Austrian,” Bronner says.

Bronner’s parents were Holocaust survivors, which influenced their decision to risk leaving Hungary after the uprising, she says. In Austria, Bronner’s father—trained as an engineer—worked at a gas station to provide for his family. After six months, the family immigrated to the US, first settling in Cleveland, where they had cousins and where there was a Hungarian community. While there, Bronner’s father got a master’s degree in physics from John Carroll University and then found a job at the Princeton Plasma Physics Lab in New Jersey. Bronner’s mother, who had worked as a dental hygienist in Hungary, also worked at Princeton, as a librarian at the university’s chemistry laboratory.

Bronner says her parents’ decision to leave Hungary had a huge influence on her. “I think it’s the reason why I care so much about being a mentor for other scientists. Coming from a communist country like I did, where the opportunities for scientists, and especially women, were very limited, having the opportunity to come to the US opened up a whole new world for me,” she says. “I feel like I owe the world something, and so I take my mentorship [role] very seriously.”

Of course, the opportunities Bronner had in the US weren’t immediately obvious to her as a teenager. Life in high school, she says, was “relaxing,” because the high school she attended was not very good. To make up for her less-than-stellar secondary education, she entered Brown University in Rhode Island in 1971 and loaded up on physics, math, and chemistry courses, finally settling on a biophysics major. “I created a curriculum for myself that was comparable to that at Caltech, which in hindsight was not very smart. There were only two of us that did a biophysics major, among the hardest majors you could imagine,” she says. If Bronner were able to do college over again, she says that she would enjoy herself more—and also take more literature and writing courses. “I always tell my undergraduate students to take English courses because, as a scientist, you spend the majority of your time writing.”

After graduating from Brown in 1975, Bronner continued her studies in biophysics at Johns Hopkins, joining Alan Cohen’s laboratory so she could study the neural crest. “He asked me if I could finish my thesis in two years without explaining to me that he was planning on leaving science to pursue a career in medicine. ‘Sure, why not!’ I naively replied,” Bronner says.

She completed her thesis in 1977 and received her PhD in 1979. Her project focused on testing the developmental potential of a single neural crest cell in the chicken embryo. Cohen had developed a method for cloning neural crest cells from quail embryos in vitro, and Bronner’s task was to put those cells into the chicken embryo and watch what they could become. Bronner used a technique based on Le Douarin’s work, showing that staining the DNA of the cells could distinguish quail and chick embryo cells in vivo because the heterochromatin in the nucleoli of quail cells is more condensed than in chick cells. When Bronner injected the cloned quail neural crest–derived cells into two-day-old chicken embryos, she saw that the quail cells migrated along the neural crest pathway and populated different structures in the body, including the gut and gonads.

I always tell my undergraduate students to take English courses because, as a scientist, you spend the majority of your time writing.

Bronner followed up this work with another paper showing that not just cloned quail cells but also clonally derived pigment cells from quail embryos could travel the typical neural crest cell path. “The surprising thing was that my experiments showed that many cells could migrate along neural crest pathways, including neural crest–derived pigment cells that had already differentiated,” she says. This “suggested there was a passive component to the migration and that perhaps some cells were carried to the right places while undergoing a random walk.”

Although successful in her graduate studies, Bronner recalls a terrible environment for women in biophysics in the late 1970s and early 1980s. “There were no female professors and very few women in the program. There was a lot of sexism,” she says. “Women were told that we were not good enough to do this job. Some of the faculty members would call up the women graduate student candidates and discourage them, saying ‘You shouldn’t come here because this is not a good place for a woman.’”

Despite the challenges, Bronner stuck with her program. After completing her PhD, Bronner and Scott Fraser, a biophysicist who was then her husband, moved to the University of California, Irvine, in 1980. “Scott got the tenure track position, and I got a non-tenure track one where I had to raise my own salary by writing grants,” says Bronner. In the 1980s, as is the case today, it was unusual to start a laboratory straight out of graduate school. “I was 27 and naive about how hard this could be,” she says. “In a way, I was doing a postdoc with myself! I had no real mentors in graduate school or when I started my lab.”

Fortunately, Bronner received funding for her grant proposals and could continue her studies of neural crest cell fate, doing most of the experiments herself. She finally was offered a tenure track position at UC Irvine in 1985. In a study published in 1986, on which she was the sole author, Bronner showed that, rather than migrating around body segment structures in the early embryo, as had been thought, neural crest cells were actually migrating through half of these structures, suggesting there were repulsive cues that guided their path. A year later, Bronner was promoted to associate professor with tenure—on the same day that her daughter, Paige, was born.

Bronner’s first truly exciting result in the lab, she says, came in 1988, in collaboration with Fraser. They labeled a neural crest precursor cell in the chicken embryo using dye and an adaptation of an electrophysiological technique used for recording neural activity and saw that individual neural crest cells could give rise to multiple cell types, demonstrating that they were multipotent. “The cells were thought to be multipotent in vitro, but this was the first time it was shown in the embryo, suggesting they were stem cells,” Bronner says. A quarter of a century later, a paper published in 2015 showed a similar result using newer cell lineage tracing technology in mice. “I was very pleased,” she says.

While Bronner’s lab later used mice and other models to study embryogenesis, the chicken embryo is still proving to be a useful system. “Chicken embryos are better than mouse embryos to study neural crest biology,” she says. “They are much more accessible because the chick develops in an egg outside of the mom.” Mouse embryo development also has some unusual features at early stages, whereas the chick embryo is more similar to a human in terms of neural crest development. CRISPR and other genomic tools, she adds, are also opening up new insights in the field, allowing researchers to create transient knockouts, bypassing the need to wait through long chicken generation times.

As her success continued, Bronner’s lab grew. In 1990, she became a full professor—the same year her son, Ryan, was born. “Each time I had a kid, I got promoted,” she says. In 1996, Bronner moved her lab to Caltech.

This result led the lab on a journey to identify what molecule induced the neural crest cells to form. Examining the genetics of neural crest induction, then-postdoc Laura Gammill performed a transcriptome analysis, identifying genes involved in neural crest development and migration, and then-postdoc Martín García-Castro identified Wnt as one of the inducers in the chick embryo, results reported in 2002. Four years later, Bronner and her lab members found that induction of the neural crest begins much earlier in development than previously thought, during gastrulation—when the single-layered blastula reorganizes into the multilayered gastrula. In 2007, then-postdoc Tatjana Sauka-Spengler found that this was a broader phenomenon, with experiments showing that the neural crest gene regulatory program was largely conserved throughout vertebrate evolution.

My job is to give people the tools to be the best scientists that they can be and to accentuate their specific skills.

Bronner recalls that she and Simoes-Costa “got together almost every day over coffee to talk about these experiments.” They were planning every step of the study and “what makes the most sense to efficiently get the right answer,” she says. Such intensive mentoring is one of the most important aspects of Bronner’s work, she adds. “I didn’t have anyone to help guide me through this career, and I think from what I learned through brute force, I can help by advising people,” she explains. “My job is to give people the tools to be the best scientists that they can be and to accentuate their specific skills.”

Bronner’s lab is still studying the mechanism of neural crest cell induction and its underlying gene regulation. Just a few months ago, postdocs Michael Piacentino and Erica Hutchins identified molecules that downregulate bone morphogenetic protein and Wnt to intermediate levels that are crucial for the induction of the neural crest and initiation of the cells’ migration. “We keep learning more and more,” Bronner says, “and coming back to the same questions over decades.”