ABOVE: Diving beetle eggs (circled in red) laid on frog spawn hatch within hours of the emergence of the tadpoles the beetle larvae feed on.
JOHN GOULD

EDITOR’S CHOICE IN ECOLOGY AND ENVIRONMENT

While studying the conservation of endangered amphibians during his PhD at the University of Newcastle in Australia, Jose Valdez spent a lot of time peering into ponds looking for tadpoles. One night a few years ago, he noticed a group of predaceous diving beetles (family: Dytiscidae) ripping into a tadpole. Both larval and adult diving beetles are known predators of tadpoles, but witnessing the act himself, Valdez began to wonder about the influence of these invertebrates on amphibian survival. “These predators perhaps are overlooked,” he says.

When Valdez surveyed ponds in a half-acre area, he found that 80 percent of the tadpoles he observed were living in ponds free of diving beetles, suggesting the beetles might be influencing tadpole survival (Aust J Zool, doi:10.1071/ZO19039, 2019). He and University of Newcastle biologist John Gould decided to investigate further, and soon discovered that not only did diving beetles feed on the tadpoles, they laid eggs directly on the frog spawn from which tadpoles would emerge. “It’s a buffet,” says Valdez, now a postdoc at Aarhus University in Denmark. “There’s food everywhere.” When the researchers collected frog spawn containing diving beetle eggs for observation in the lab, they found that beetle larvae hatched within 24 hours of the tadpoles emerging.

“The fact that they were hatching right at the right time to prey upon the tadpoles was pretty cool,” says Corinne Richards-Zawacki, an ecologist at the University of Pittsburgh who wasn’t involved in the work. “It begs more experiments to see whether or not this is something they do as an adaptation.” Either way, notes Valdez, the findings suggest that invertebrates such as diving beetles may be more important predators of amphibians than previously thought.

The study is a prime example of “good natural history,” Richards-Zawacki adds. “Kudos for paying attention and taking the time to tease apart what was going on.” 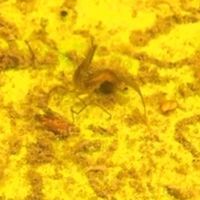