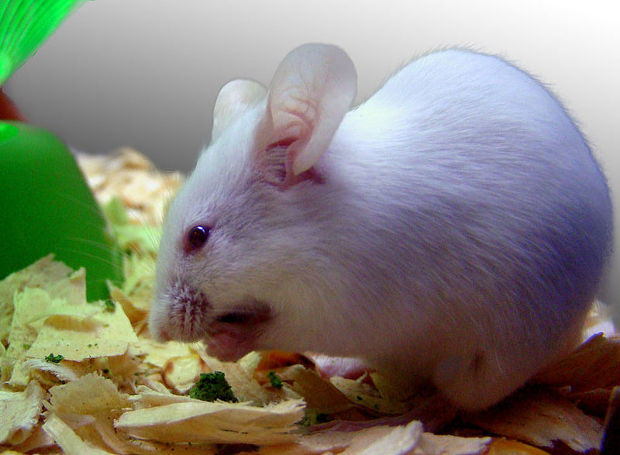 WIKIMEDIA, POGREBNOJ-ALEXANDROFFA protein called syncytin, which is of viral origin but several times over evolutionary history has integrated into the genomes of mammals, supports the increase of muscle mass in male mice, according to a study published this week (September 13) in PLOS Genetics. Syncytin was already known to enable placenta formation, and its role in males may help explain why male mammals tend to be bigger and stronger than females.

“This is the first strong line of evidence that retroviral envelope proteins play an important role beyond the placenta,” Cedric Feschotte, an evolutionary biologist at the University of Utah who was not involved in the research, told Nature.

In viruses, syncytin enables membrane fusion with host cells to empty a virus’s genomic content into the cytoplasm. In mammals, the protein plays a similar role in directing cell fusion during the formation of the outer layer of...

When virologist Thierry Heidmann of France’s National Centre for Scientific Research (CNRS) and the Université Paris-Sud and his colleagues deleted one version of syncytin (syncytin B) from the mouse genome, however, male knockout mice weighed 18 percent less than animals with both syncytin A and syncytin B. And given that only males were affected, malformation of the placenta clearly wasn’t to blame. “We were very, very surprised to see that the differences were in males but not females,” Heidmann told Nature.

Syncytin was already known to be active in immature muscle cells called myoblasts, and mature muscle cells formed via the fusion of immature myoblasts. Sure enough, the small size of the male syncytin B knockout mice could be explained by reduced muscle mass, with these animals displaying 20 percent fewer muscle fibers and fewer nuclei per fiber. Further experiments demonstrated that both forms of syncytin were active during muscle formation and that blocking them reduced cellular fusion by more than 40 percent, Nature reported.

Syncytins have also been found to be active in immune cells, and of course, many other retrovirus remnants still linger in the genome. In terms of biological functions for these ancient viral proteins, “what we’re seeing is probably just the tip of the iceberg,” Fechotte told Nature.