Have mushrooms been chatting with each other this whole time? Maybe so. An analysis of the electrical spike-based “language” fungi use to communicate, reported today (April 6) in Royal Society Open Science, finds that the patterns in these spikes are strikingly similar to human speech.

Fungi send electrical signals to one another through hyphae—long, filamentous tendrils that the organisms use to grow and explore. The Guardian reports that previous research shows that the number of electrical impulses traveling through hyphae, sometimes likened to neurons, increases when fungi encounter new sources of food, and that this suggests it’s possible that fungi use this “language” to let each other know about new food sources or injury.

See “Forest Fungi Ride Out Wildfires by Hiding Inside Plants”

In the new study, Adam Adamatsky, a computer scientist at the Unconventional Computing Laboratory at the University of West of England, focused on four species of mushrooms: enoki, split gill, ghost, and caterpillar fungi. He inserted tiny electrodes into substrates colonized by the mushroom’s hyphae and recorded their electrical activity. 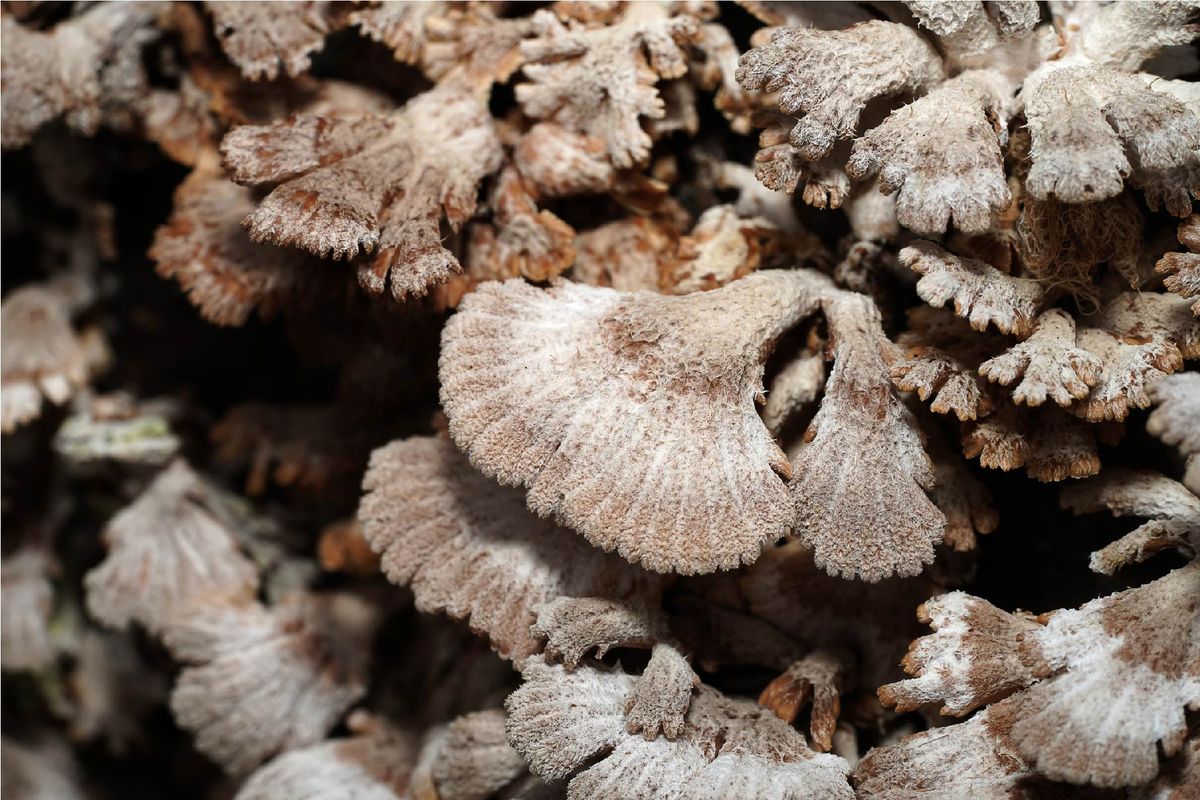 The data showed that the electrical spikes often occurred in clusters, which Adamatsky says resemble a human vocabulary of up to 50 words. “We demonstrate that distributions of fungal word lengths match that of human languages,” he writes in the paper. Split gills—mushrooms that grow on rotting wood—seemed to have the most complex speech patterns, he adds.

Adamatsky tells Newsweek that the fungi in a network may use these spike trains to indicate their presence, akin to a wolf’s howl.

“There is also another option—they are saying nothing,” he tells The Guardian—that is, the spikes could be meaningless byproducts of physical processes. But countering this idea, the “spiking events” don’t appear to be random, he adds.

Other scientists are skeptical that these spikes are a form of fungal language. Pulsing behavior has been recorded previously as fungi transport nutrients, which might cause the spikes seen in the new study. “This new paper detects rhythmic patterns in electric signals, of a similar frequency as the nutrient pulses we found,” University of Exeter mycologist Dan Bebber, a coauthor on previous studies on the phenomenon, tells The Guardian. “Though interesting, the interpretation as language seems somewhat overenthusiastic, and would require far more research and testing of critical hypotheses before we see ‘Fungus’ on Google Translate.”