Cambridge, Massachusetts–based Editas Medicine and Dublin-based Allergan announced today (March 4) that doctors at the Casey Eye Institute of Oregon Health & Science University in Portland used CRISPR gene editing inside a patient for the first time. They are attempting to treat an inherited form of blindness called Leber congenital amaurosis, the Associated Press reports. The scientists say they will know within a few weeks if the treatment is working and safe, and plan to test it on additional patients if so.

“We’re really excited about this,” Harvard Medical School ophthalmology professor Eric Pierce, who is leading a study that the procedure launched, tells NPR. “We’re helping open, potentially, an era of gene-editing for therapeutic use that could have impact in many aspects of medicine.”

The feat of in vivo gene editing was first achieved in humans in 2017, with the use of zinc finger nucleases to insert the gene for an enzyme that was lacking in a man with Hunter syndrome. But researchers have gravitated toward CRISPR technology thanks to its precision.

In patients with Leber congenital amaurosis, a mutation prevents the expression of a gene called CEP290 that is critical for sight. Patients typically have poor vision at birth and it can further deteriorate rapidly. Gene therapy is impractical due to the size of the gene—it’s too long for standard viral vectors to carry. Instead, the CRISPR-based therapy developed by Editas and Allergan involves delivering, via a hair-sized tube, three drops of fluid reagents behind the retina while the patient is under general anesthesia.

“The gene editing approach is really exciting. We need technology that will be able to deal with problems like these large genes,” University of Pennsylvania gene editing expert Jean Bennett, who was not involved in the development of the treatment, tells the AP.

Editas and Allergan plan to recruit a total of 18 patients, aged 3 to 17, to receive the CRISPR-based therapy at one of three different doses, NPR reports. The eye is a good target for these early attempts to do CRISPR in vivo, notes Kiran Musunuru, another gene therapy researcher at the University of Pennsylvania, because the treatment does not have access to the rest of the body. “If something goes wrong, the chance of harm is very small,” he tells the AP. “It makes for a good first step for doing gene editing in the body.”

Moreover, notes Pierce, the cells of the retina do not turnover, meaning that the edit is permanent. “[T]hat cell will persist hopefully for the life of the patient.”

Francis Collins, director of the National Institutes of Health, tells NPR that the achievement marks “a significant moment” in medicine. “All of us dream that a time might be coming where we could apply this approach for thousands of diseases. This is the first time that’s being tried in a human being. And it gives us hope that we could extend that to lots of other diseases—if it works and if it’s safe.” 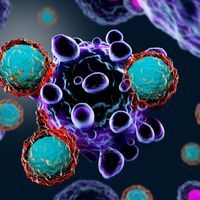 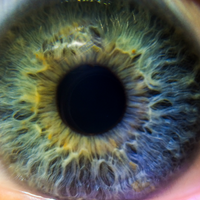 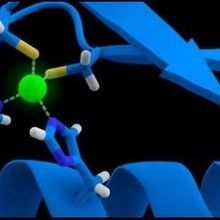