Consuming sweet drinks such as sodas increases risk of death from heart disease and cancer, according to a multi-decade study of nearly 120,000 men and women. The findings, published yesterday (March 18) in Circulation, suggest that, while sugar-sweetened drinks cause the most harm, high intake of artificially sweetened drinks is also linked to heart disease risk, especially among women.

“The big picture is really starting to emerge,” study coauthor Vasanti Malik of Harvard’s T.H. Chan School of Public Health tells CNBC, noting that the results fit into wider findings about the harm of sweet drinks. “This is not random. There’s a whole lot of consistency across these findings.”

Many studies have already connected the consumption of sugary drinks to a range of health conditions, including diabetes, cancer, and heart disease. One 2015 analysis suggested that these drinks were responsible for around 184,000 deaths globally per year.

The current observational study extended over 34 years and used data from approximately 38,000 men and 81,000 women to explore these health effects both for traditional sugary drinks and for artificially sweetened drinks such as diet or low-calorie beverages.

Vasanti and an international research team examined associations between consumption of sweet drinks and death from various causes, while controlling for other lifestyle and health factors such as physical activity and body mass index. The researchers found that consumption of sugary drinks was associated with a higher risk of mortality for both men and women—and in particular, a higher risk of death from colon or breast cancer.

The findings show that it’s better to swap a sugary drink for water rather than one containing artificial sweeteners, Malik says in a press statement. “Diet soda may be used to help frequent consumers of sugary drinks cut back their consumption, but water is the best and healthiest choice.”

Debbie Petitpain, a dietitian and spokesperson for the Academy of Nutrition and Dietetics who was not involved in the study, tells HealthDay News that the study provides further incentive for people to reduce the sugar in their diets. “There’s no downside to cutting down on sugar-sweetened beverages,” she says. 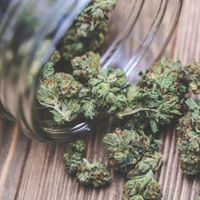 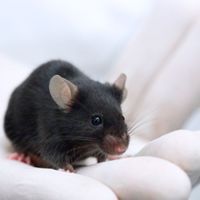