A collaboration between software engineers and clinical researchers has produced an artificial intelligence program that uses images to predict with 94 percent accuracy which people will develop lung cancer. The group’s study, published yesterday (May 20) in Nature Medicine, found that the algorithm was as accurate as radiologists in screening for cancer based on more than one computed tomography (CT) scan from the same person, and outperformed the doctors when it had access to just one scan from an individual.

“These people have a technology that will improve the precision of screening tremendously,” Otis Brawley, an oncologist and epidemiologist at Johns Hopkins University who was not involved in the study, tells STAT.

STAT notes that a previous study from the National Institutes of Health (NIH) on lung cancer screening for smokers found that CT scans to detect early signs of the disease reduced deaths by about 20 percent—but that procedures such as biopsies caused the deaths of some people whose scans yielded false positives. To see whether artificial intelligence could augment radiologists’ accuracy in analyzing CT scans, the research team fed thousands of scans from the earlier NIH study into Google’s computers, along with the patients’ later diagnoses.

After this training, the researchers tested the model’s accuracy in detecting cancer from new scans and compared it to that of six radiologists. Where more than one scan had been taken of a person over time, the model performed as well as the radiologists, but when just one image was available, the program yielded 5 percent fewer false negatives and 11 percent fewer false positives than the physicians.

“It's usually correct and one area of scientific inquiry is figuring out why”—that is, researchers don’t yet know which features of the scan the model uses to make its determinations, coauthor Mozziyar Etemadi of Northwestern University tells the BBC.

“I’m pretty confident that what they’ve found is going to be useful, but it’s got to be proven,” the Scripps Research Translational Institute’s Eric Topol, who was not involved in the study, tells The New York Times.

Coauthor Daniel Tse of Google tells STAT that the company has discussed with the Food and Drug Administration the steps that will be needed to get the artificial intelligence program approved for clinical use. “To do a full assessment of this, you have to work with research organizations and run large-scale trials to understand how this technology will work at scale and on broad populations,” he says. 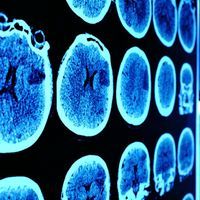