Since the early days of the pandemic, clinicians and researchers have been looking for alternatives to nasopharyngeal swabs. While samples collected from swabs are considered the gold standard in terms of generating accurate results, these tests require more supplies, place health care workers in closer contact with potentially infected individuals, and are difficult to scale up for mass testing. Saliva has been put forth as a low-cost, easy alternative, but it’s efficacy and accuracy remain points of contention.

Even as large universities have begun rolling out ambitious, saliva-based initiatives on campuses across the United States, private companies looking to develop rapid, in-home diagnostic tests have moved away from such tools. Trials of saliva-based testing being deployed in the field have yielded mixed results, and it remains unknown under what conditions saliva is most useful or how best it can be rolled into the existing testing framework.

We went into the jungle, into villages in the middle of the forest, and in very poor neighborhoods with mobile teams.

Anne Wyllie, an epidemiologist at the Yale School of Public Health, has studied the use of saliva as a source of genetic material for the last decade, and more recently has investigated saliva’s role in testing for COVID-19. Wyllie has been tracking the emergent literature during the pandemic to see how often saliva outperforms nasopharyngeal swabs. Across the almost 30 studies she has analyzed, “it’s almost half and half,” she says.

To test the efficacy of saliva herself, Wyllie and 50 colleagues did their own side-by-side comparison and recently authored a commentary in the New England Journal of Medicine in which they reported the findings.

Among 70 patients admitted to Yale-New Haven Hospital with suspected cases of COVID-19, saliva samples often contained more copies of SARS-CoV-2 than did swab samples, and a higher percentage of saliva samples were positive up to 10 days after the initial diagnosis. And when applied to 495 health care workers, saliva tests identified two more asymptomatic cases than swabs did, leading the team to conclude in their letter, “our findings provide support for the potential of saliva specimens in the diagnosis of SARS-CoV-2 infection.”

In controlled health care settings, at least, it seems that saliva can perform comparably to nasopharyngeal swabs. But COVID-19 is a global pandemic, and many of the hardest-hit communities are rural, poor, or otherwise underserved. And those conditions may influence just how well saliva-based tests work.

A head-to-head comparison in the jungle

French Guiana—a territory along the east coast of South America—has been heavily affected by COVID-19, with confirmed infections in more than 3 percent of the region’s roughly 300,000 residents. Through boat travel, the virus has radiated along a convoluted network of rivers to infect remote villages in the Amazon rainforest.

Mathieu Nacher, an epidemiologist at the Université de Guyane in French Guiana, tells The Scientist that he was approached by the French government about conducting clinical trials, including a comparison between swabs and saliva, just after the outbreak’s peak in early July.

Between July 27 and September 10, mobile field teams collected paired samples from 776 people across French Guiana, traveling “into the jungle, into villages in the middle of the forest, and in very poor neighborhoods” to recruit participants, Nacher says.

By bringing the testing directly into the field, researchers could assess the efficacy of these screening tools in real-world scenarios. “This is where you can really see their utility,” Wyllie tells The Scientist. Her work has shown SARS-CoV-2 remains stable within saliva for long periods of time, even at room temperature—a characteristic that comes in handy in sampling situations when temperature regulation may come at a premium, or not at all.

After being collected, samples were kept cool and transported to the hospital in the capital of Cayenne for processing within 24 hours. Both samples underwent the same extraction protocols and PCR test to screen for the presence of three viral genes, N, E, and RdRP.

I think that the saliva detection is actually more representative of who is infectious.

The results, shared September 24 on the preprint server medRxiv, show that among the 776 participants, 162 received positive diagnoses from at least one of the two methods; 76 cases from swabs, 10 from saliva, and 76 from both saliva and swabs. Sixty-one percent of those with COVID-19 reported experiencing mild symptoms, while 39 percent were asymptomatic.

Overall, saliva testing was less sensitive than nasopharyngeal swabs, although the results differed based on a person’s viral load. PCRs amplify target sequences in cycles, with each cycle doubling the amount of genetic material from the virus. The higher the starting concentration of virus, the fewer cycles needed to pass a cycle threshold (Ct). Medical professionals use this value to assess whether a person tests positive for COVID-19.

When the load was low, meaning the Ct number was large, the two methods disagreed more often. That’s because the virus is more difficult to detect using either method in people who have very recently become infected or those tested on the tail end of their illness. Among asymptomatic patients, saliva’s sensitivity was only 24 percent compared to swabs.

The difference in performance between the two methods also varied by the viral gene amplified. The PCR test targeted all three genes at once, but an analysis of the data separating the detection of each gene showed the N gene, a region of the virus recommended for testing by the Centers for Disease Control and Prevention, was the least reliable, especially with low viral loads. Among symptomatic patients, agreement between the two methods was 77 percent on average, but when the researchers excluded results where the N gene was detected but the E and RdRP genes were not, it bumped up the agreement between swabs and saliva to 90 percent.

Nacher attributes some of his findings to the challenges of field sampling. In hospitals, people provide their saliva in the mornings, before eating or brushing their teeth. “Here, you get people who just drank a Coke,” he tells The Scientist. In addition, people only visit hospitals when their symptoms become so bad they require medical attention, meaning their viral loads are generally higher.

Still, Carolyn Banister, a pharmacologist at the University of South Carolina who has helped develop her school’s saliva test, says the study’s results are “really similar to some of the things” she has found in her own experiments, including discrepancies between the two tests when the viral load is low. “It’s kind of a preliminary study, because their numbers are fairly low,” Banister tells The Scientist. “But all the information coming out about COVID right now is somewhat preliminary. We have to take the new data in stride and incorporate new findings.”

Based on the results of the Nacher’s study, the French health authorities have officially declared that saliva testing may be used on symptomatic patients throughout France and its territories, although Nacher plans to continue studying the efficacy of saliva in detecting asymptomatic cases.

Used in the proper context, saliva may still be useful in tracking down even asymptomatic infections. College campuses across the US, for example, are using saliva-based tests to screen students and staff.

“Campus is a high-risk environment for transmission of the virus, so even if you don’t have the traditional symptoms, you’re still considered at risk,” Banister says. “Because of that . . . we wanted to make sure that college students who may not suffer any ill effects are also not contributing to our city-wide number of cases by spreading it.”

The University of South Carolina, located in Columbia, recently began testing as many as 1,200 student volunteers a day using Banister’s saliva test, hoping to catch invisible infections in its students. Rather than testing each person once, the university has opened the testing up to students on a repeat basis, with results arriving within 24 hours. Through this mass testing, the university has identified clusters in campus fraternities and sororities, and as of today (October 9) has 33 active cases among students.

Even if the tests are not as sensitive as swabs, the sheer number and repetition makes it possible to catch an infection that may have been missed the day before. “If they’re people who might be coming regularly through a clinic, you’ll probably still get quite a bit of information, even if it wasn’t performing as sensitively,” Wyllie says. Testing on this scale with saliva also requires fewer supplies, such as the swabs and reagents that have become scarce during the pandemic, and people are more likely to sit for repeated tests if they only need to spit into a cup.

Banister also recruited two students living in the same house—one with a confirmed diagnosis and one at risk of contracting the virus—to undergo pairwise, daily sampling for comparisons between swabs and saliva. She found that over the first two weeks of the infection, there was a “remarkable” concurrence between the cycle numbers detected in saliva and nasopharyngeal swabs in the positive patient (the at-risk student never tested positive), meaning that saliva “is as sensitive as the nasopharyngeal swab,” Banister tells The Scientist.

At the end of two weeks, the two samples diverged, with swabs continuing to detect virus for several more days. Banister attributes this finding not to a higher sensitivity of the swab test, but to the mechanics of the human body: saliva turns over much more quickly in the mouth, while the lungs and nasal cavity can hold the virus for longer, leading to positive results even when a person may no longer be infectious.

How a positive diagnosis relates to infectiousness—and how clinicians should use Ct numbers to decide if someone should remain quarantined—isn’t yet clear. The next step, all three researchers agree, will be to look into these questions. Based on her preliminary findings, Banister says, “I think that the saliva detection is actually more representative of who is infectious.” 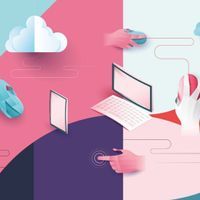