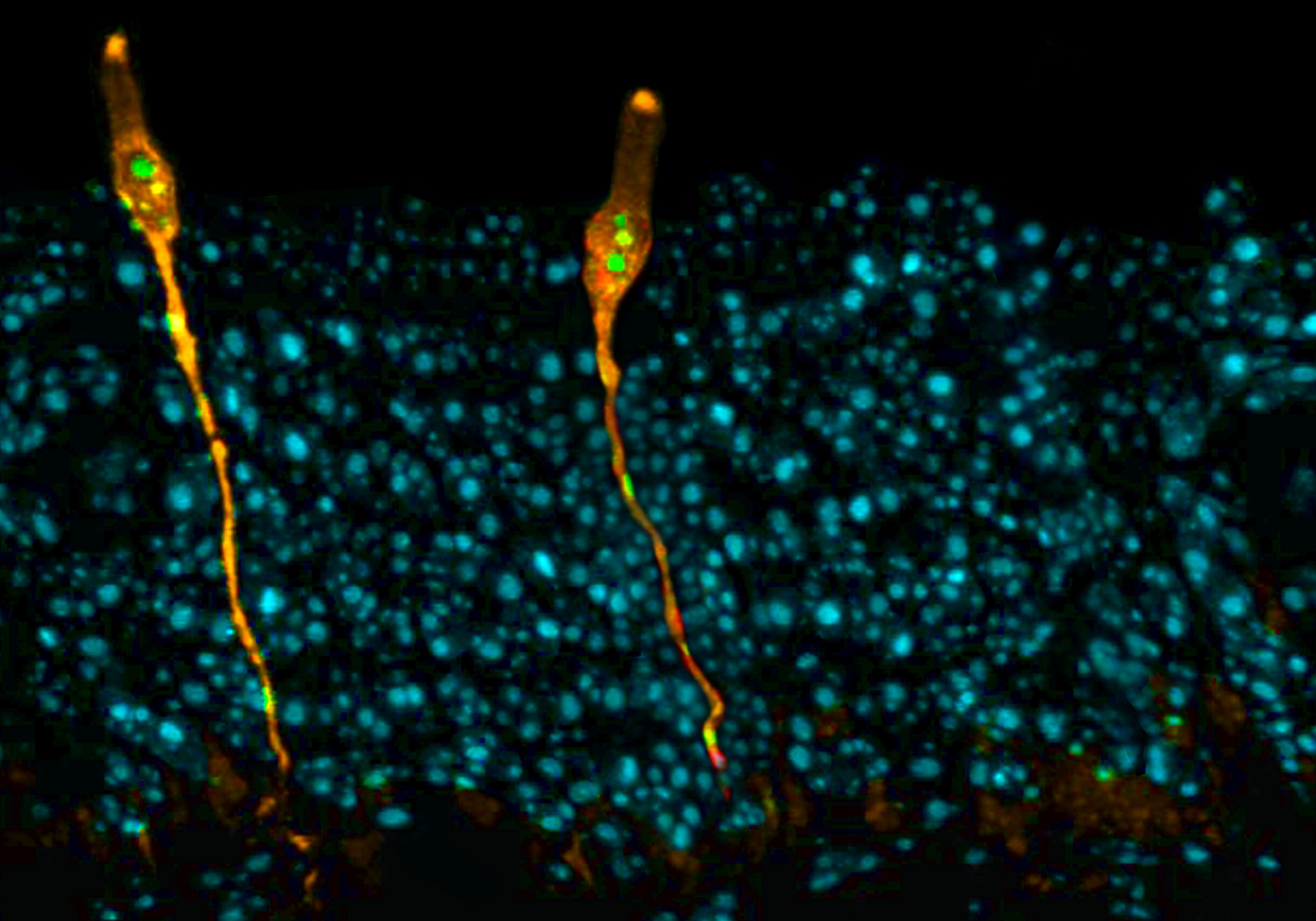 “These papers are extremely exciting,” says Amy Ryan, a lung biologist at the University of Southern California who was not involved in either study. “They’ve interrogated the cellular composition and the cellular...

Jayaraj Rajagopal, a pulmonary physician at Massachusetts General Hospital and Harvard University and coauthor of one of the studies, had been studying lung regeneration and wanted to use single-cell sequencing to look at differences in the lungs’ stem-cell populations. He and his colleagues teamed up with Aviv Regev, a computational biologist at the Broad Institute of MIT and Harvard University, and together, the two groups characterized the transcriptomes of thousands of epithelial cells from the adult mouse trachea.

Rajagopal, Regev, and colleagues uncovered previously unknown differences in gene expression in several groups of airway cells; identified novel structures in the lung; and found new paths of cellular differentiation. They also described several new cell types, including one that the team has named the pulmonary ionocyte, after salt-regulating cells in fish and amphibian skin. These lung cells express similar genes as fish and amphibian ionocytes, the team found, including a gene coding for the transcription factor Foxi1, which regulates genes that play a role in ion transport.

The team also showed that pulmonary ionocytes highly express CFTR, and are in fact the primary source of its product, CFTR—a membrane protein that helps regulate fluid transport and the consistency of mucus—in both mouse and human lungs, suggesting that the cells might play a role in cystic fibrosis.

It turns out that the epithelium is more complicated than previously appreciated.

“So much that we found rewrites the way we think about lung biology and lung cells,” says Rajagopal. “I think the entire community of pulmonologists and lung biologists will have to take a step back and think about their problems with respect to all these new cell types.”

For the other study, Aron Jaffe, a biologist at Novartis who studies how different airway cell types are made, combined forces with Harvard systems biologist Allon Klein and his team. Klein’s group had previously developed a single-cell RNA-sequencing method that Jaffe describes as “the perfect technology to take a big picture view and really define the full repertoire of epithelial cell types in the airway.”

Jaffe, Klein, and colleagues sequenced RNA from thousands of single human bronchial epithelial and mouse tracheal epithelial cells. The atlas generated by their sequencing analysis revealed pulmonary ionocytes, as well as new gene-expression patterns in familiar cells. The team examined the expression of CFTR in human and mouse ionocytes in order to better understand the possible role for the cells in cystic fibrosis. Consistent with the findings of the other study, the researchers showed that pulmonary ionocytes make the majority of CFTR protein in the airways of humans and mice.

“Finding this new rare cell type that accounts for the majority of CFTR activity in the airway epithelium was really the biggest surprise,” Jaffe tells The Scientist. “CFTR has been studied for a long time, and it was thought that the gene was broadly expressed in many cells in the airway. It turns out that the epithelium is more complicated than previously appreciated.”

These studies are “very exciting work [and] a wonderful example of how new technologies that have come online in the last few years—in this case single-cell RNA sequencing—have made a very dramatic advance in our understanding of aspects of biology,” says Ann Harris, a geneticist at Case Western Reserve University who did not participate in either study.

According to Jennifer Alexander-Brett, a pulmonary physician and researcher at Washington University School of Medicine in St. Louis who was not involved in the studies, the possibility that a rare cell type could be playing a part in regulating airway physiology is “captivating.”

Apart from investigating the potential role for ionocytes in lung function, Alexander-Brett says that researchers can likely make broad use of the data from the studies—particularly details on the expression of genes coding for transcription factors and cell-surface markers. “One area that we really struggle with in airway biology . . . is [that] we just don’t have good markers” to differentiate cell types, she explains. But these papers are “very comprehensive. There’s a ton of data here.”