The first patients in each of two early-stage clinical trials testing CRISPR-based treatments for inherited blood disorders have been symptom free for several months with normalized hemoglobin levels, the companies developing the therapies announced today (November 19). Both participants experienced only treatable, temporary side effects, according to the data.

Last fall, Switzerland-headquartered CRISPR Therapeutics and Vertex Pharmaceuticals in Boston teamed up to launch a trial in Germany testing a CRISPR-based approach to treating β-thalassemia. The therapy, known as CTX001, is applied to blood stem cells removed from the patient to cleave the BCL11A gene that represses the production of fetal hemoglobin. These cells are then reinfused to provide a healthy supply this protein, normally only produced in infancy, to overcome problems associated with mutations in the gene encoding the adult version. A few months later, the two companies launched a parallel trial in Nashville, Tennessee, to test CTX001 in sickle cell patients, who also suffer from mutations in the gene for adult hemoglobin.

The data released this week pertains to the first patients treated, one in each of these trials. In both participants, the CRISPRed cells successfully homed to the bone marrow. In the nine months since she received the treatment, the β-thalassemia patient has required no blood transfusions, which she had needed regularly for 16 years, and her total hemoglobin levels are near-normal, STAT reports. Meanwhile, the sickle-cell patient has not suffered any of the painful and organ-damaging events known as vaso-occlusive crises, where the misshapen blood cells characteristic of the disease stick to and clog small blood vessels, since she received her treatment in July, and her total hemoglobin levels have also normalized, according to STAT.

“We are very, very excited,” Haydar Frangoul, the treating physician at the Sarah Cannon Research Institute in Nashville, tells NPR. “This preliminary data shows for the first time that gene editing has actually helped a patient with sickle cell disease. This is definitely a huge deal.”

Both patients experienced only minimal side effects, which the treating physicians attributed to the drug busulfan, used to wipe out the patients’ mutant bone marrow cells before receiving the infusion of CRISPRed blood stem cells.

“These results are remarkable because they represent the first clinical evidence that CRISPR-Cas9 has real curative potential,” Jeff Leiden, the president and chief executive officer of Vertex Pharmaceuticals, tells STAT. Vertex and CRISPR Therapeutics say they will now proceed with enrolling a total of 45 patients in each trial. 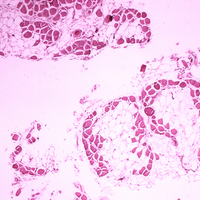 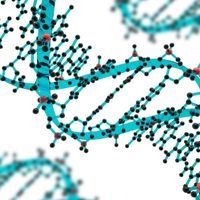