The Extinct Species Within 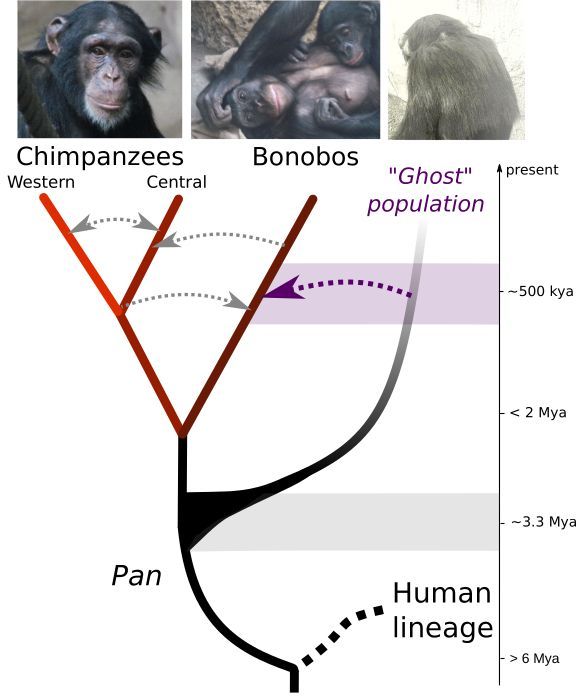 A number of stories this year touched on the theme of using DNA to look backward. That’s because a species’ evolutionary history is written in its As, Cs, Ts, and Gs—the challenge is developing the technology and computing power necessary to read that story. Recent advances in both have opened many new avenues of genomic research, including the ability to detect lingering DNA from ancient hybridizations. In many cases, the sequences’ donors remain shrouded by history, with only scattered genetic segments revealing their existence. Still, these genomic ‘ghosts’ are “like another way of looking into the fossil record,” said Beth Shapiro, an evolutionary biologist at the University of California, Santa Cruz. And they’re helping scientists understand how species interacted in the past, how they adapted to novel or changing environments, what makes them unique today, and even how humans might introduce changes we want in the future.

Environmental DNA Can Be Pulled from the Air

As sequencing has become more affordable, genetic tools have made inroads into less well-funded fields of biological science, such as conservation and ecology. DNA analyses are showing scientists how endangered species adapt to threats, probing sustainability claims in consumer products, and shedding light on major ecological events. DNA can even reveal which species exist in an area—and in 2021, researchers from Queen Mary University of London demonstrated that mammal DNA floating in the air could be collected and sequenced. “This is really the first time airborne samples have been used to look at mammals, and it’s very exciting,” said Mark Johnson, an ecologist at Texas Tech University who has used airborne DNA to study plants and was not involved in the study. He added, “we’ve learned that airborne DNA is a lot broader than what we originally gave it credit for, and I think this paper opens the door for expanding into new areas.”

Elizabeth Clare, a molecular ecologist at Queen Mary University of London, discusses how she pulled from techniques developed to sample environmental DNA, or eDNA, in water to search for genetic traces of mammals in the air.
PEERJ

Several stories this year examined the medical effects of genetic variants, including on mental health and cardiovascular disease. But reversible changes to the genome can also have a marked impact on an individual’s health. Research in mice published this year suggested polycystic ovary syndrome—the leading cause of infertility in women—can be passed epigenetically to future generations. And a March paper found that stress during childhood can leave a lasting epigenetic imprint, leading to alterations in gene expression that last well into adulthood. These changes seem to be driven by the activity of key genes, such as Dot1l, and researchers demonstrated that a drug that inhibits the enzyme product of that gene can reverse the epigenetic effects. “It is a wonderful paper because it is really advancing our ability to understand how events that happen early in life leave enduring signatures in the brain so that they influence what we do as adults,” said Tallie Z. Baram, a child neurologist and developmental neurobiologist at the University of California, Irvine, who wasn’t involved with the study. 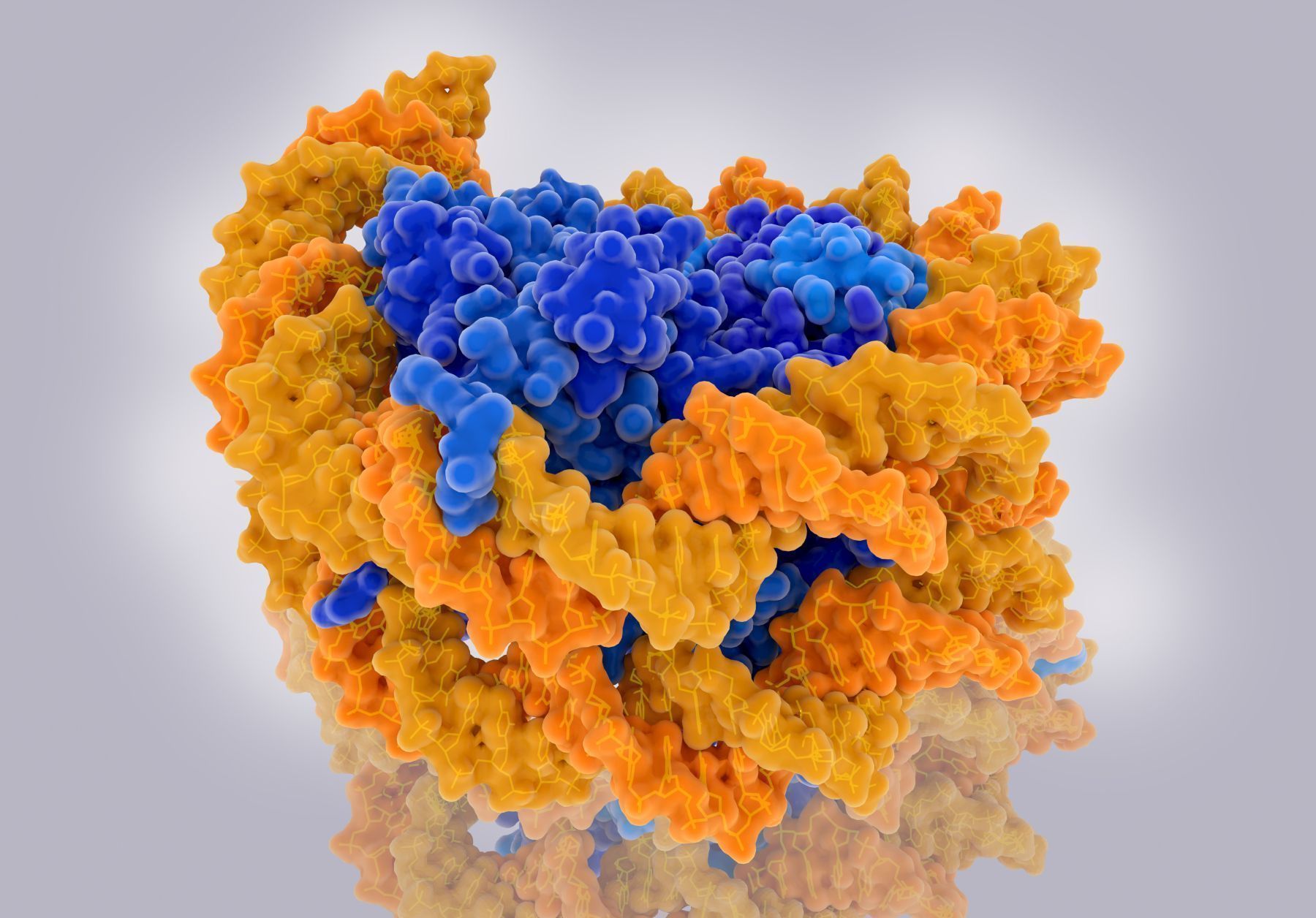 First Report of Horizontal Gene Transfer Between Plant and Animal 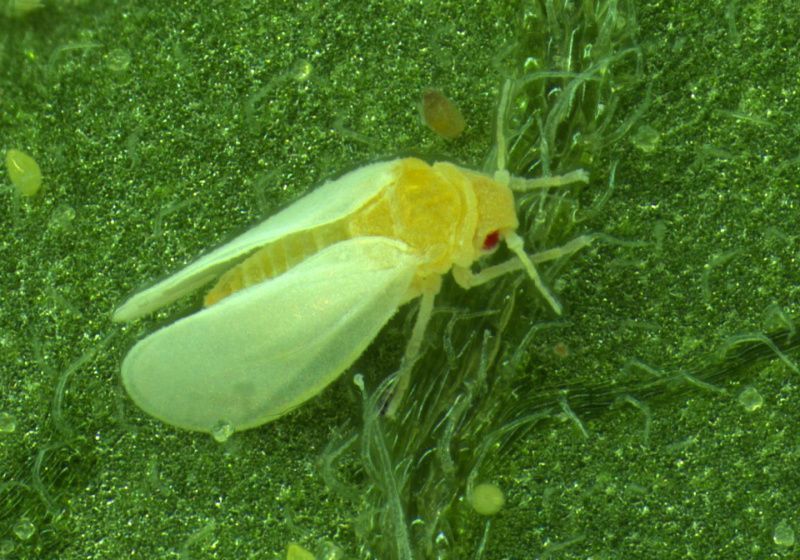 A whitefly feeds on a leaf
JIXING XIA AND ZHAOJIANG GUO

Fundamental to the study of genetics is understanding how genes arise. Horizontal gene transfer, while common in bacteria, was long thought to be absent entirely from metazoans. But the more researchers examine whole genomes in detail, the more they are finding remarkable cases of interspecies—and even interkingdom—genetic exchange. Researchers from the Chinese Academy of Agricultural Sciences were studying the genetic basis of whiteflies’ (Bemisia tabaci) ability to feed from toxin-producing plants when they discovered that the insects somehow stole the plants’ own detoxifying gene some 35 million years ago. The scientists suspect a virus helped shuttle the gene between a host plant and the insects, where it made such an impact on survival that it spread and became fixed. The findings raise “intriguing questions,” said Pamela Soltis, a plant biologist at the University of Florida who was not involved in the study, including “how commonly has this process been involved in generating resistance in herbivores to plant chemistry?”

Enhancers: Conserved in Activity, Not in Sequence

A number of our stories this year focused on the nuts and bolts of genetics research, including bidirectional bacterial promoters, synthesis of DNA in the cytoplasm of human cells, and how noncoding RNAs can influence translation. And a November feature article took a deep dive into the world of enhancers: regulatory sequences that ramp up transcription when bound by transcription factors. Researchers are finding that, despite the rapid evolution of these genetic elements, their ability to interact with transcriptional proteins is maintained over hundreds of millions of years, begging questions as to how such functioning is conserved in the face of genetic change. “It is really complicated,” said Paul Flicek, a computational biologist at the European Molecular Biology Laboratory’s European Bioinformatics Institute in the UK. “And that, of course, makes it interesting and fun.”

Dinoflagellate Genome Structure Unlike Any Other Known

Lots of species’ genomes diverge from the expectations of researchers. There are viruses that use alternate genetic codes, and plastid-free algae. And in 2021, an international team of researchers reported that at least some symbionts of corals store their DNA in a totally unique way: their chromosomes are rods instead of Xs. “They don’t fit with everything else we know about eukaryotes—how they structure their chromosomes, how they structure their genomes, how they regulate transcription,” said study author Manuel Aranda, a functional geneticist at King Abdullah University of Science and Technology in Saudi Arabia. The strange shape seems to be driven by the demands of transcription, and may serve as a means of regulating gene expression, but much more research is needed to understand these bizarre genomes.